The return of Gavin’s meltdowns

EVERYTHING IN LIFE IS RELATIVE: If you’re a special needs parent, please read and share this

The boys and I had a little mission today

My parents are taking care of a relative who’s having some health issues today and asked if the boys and I would stop by and take care of the dog. My cousin is living there now but was going to be at work.

After lunch, the boys and I went to go let Bailey outside and give him something to eat.

I never liked Bailey for some reason but since their other dog died a couple of years ago, he’s really grown on me.

Bailey’s getting old and doesn’t like to be alone, even for a little while so we decided to take him for a walk before we left. He had fun and so did the boys. I’m trying to instill a sense of responsibility in my kids. Helping out family is a really good way to practice that.

Anyway, my cousin was home so we left Bailey in his capable hands and off we went. Mission accomplished… 😀 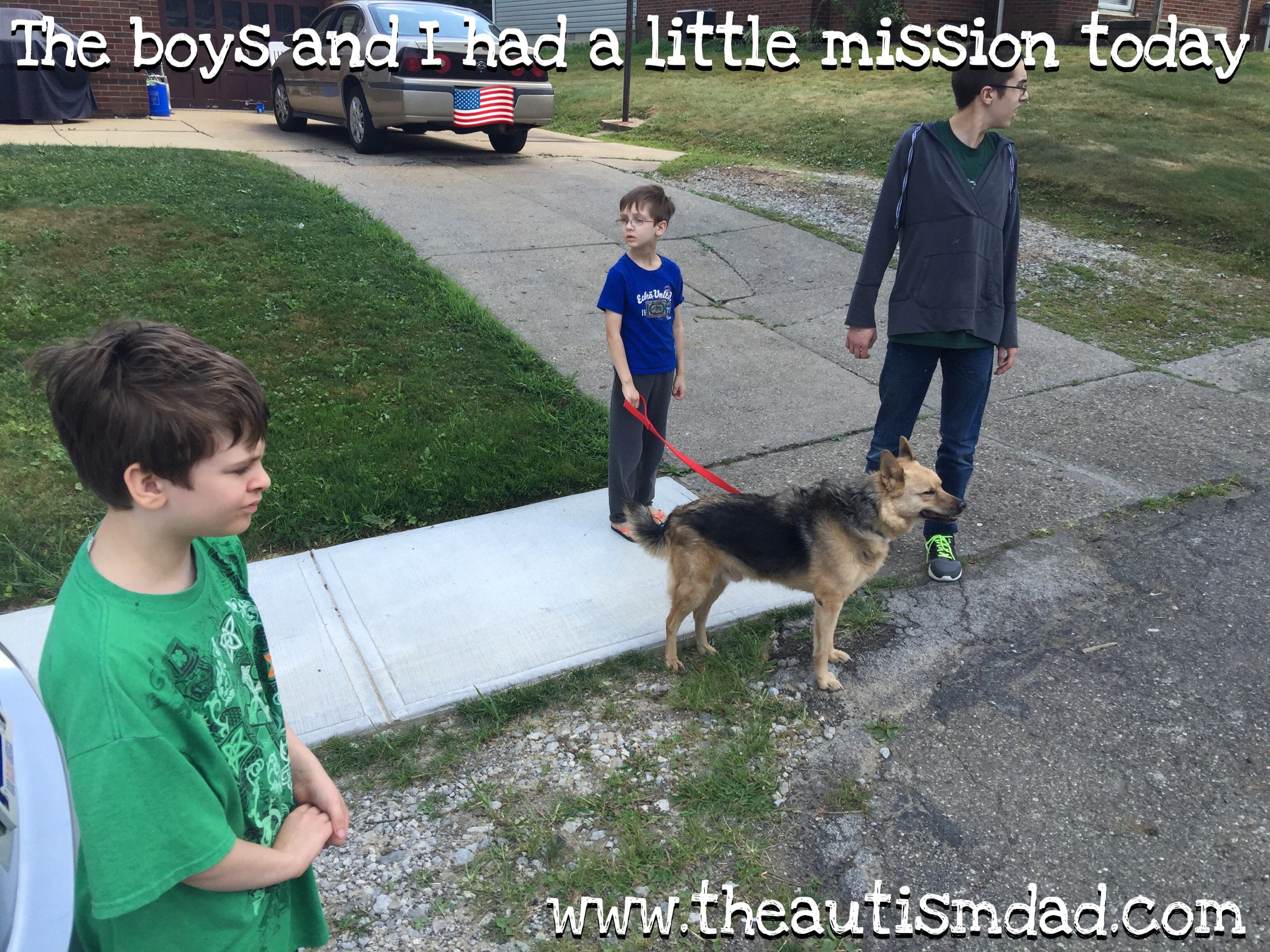