Here’s my Photo of The Day: Too stinking Cute


I suppose the title says it all.

I’m pretty close to losing our house and the reason I’m sharing this is because it had an impact on a really tough decision I made today..

Anyone that truly knows me knows that I take my family very seriously. It’s my responsibility to provide for them and no one else’s. My goal is to be as physically and financially independent as humanly possible. That’s always been my goal.

I was able to meet that goal for long time, until I got hurt and things slowly unraveled from there but that’s really kind of irrelevant at this point. 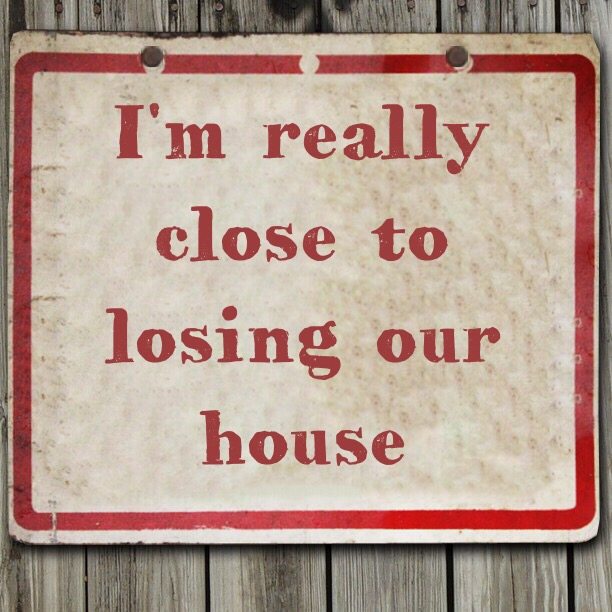 Once upon a time, I would have been more upfront about this because I believe that I’m far from the only special needs family that is facing these kinds of challenges. I used to share this particular kind of truth more regularly before because it helped to provide additional insights into what life is like for families like mine.

When my wife left, everything sorta got jumbled up inside my head and I started playing things a little closer to the vest.

As time has gone by, I’ve begun to realize that knowing you aren’t alone in the challenges you’re facing is a pretty powerful thing. So I’ve come to the conclusion that hiding these things or rather, playing the, so close to the vest, doesn’t really help anyone.

The more you know about the challenges someone faces, the better you will be able to put things into context. It helps to provide a better perspective as to why I’m stressed out, not sleeping and whatever else.

That being said, I’m in real danger of losing my house. I’ve fallen several months behind and I just can’t get caught up. It feels pretty shitty to even say that out loud.

I’m doing everything I can prevent this and I have a few potential solutions in the works but they’re more of the long term variety. In other words, there’s no immediate fix.

Earlier I mentioned that I made a tough decision and it was nothing short of that.

For years, we’d been advised to apply for SSI (social security benefits) for Elliott and Emmett. I was never really excited about that idea because I didn’t want that to sorta define the rest of their lives.

It was easier with Gavin because he’s clearly disabled and is only capable of functioning in a relatively limited capacity. Yes, he’s doing well but the core issues will never change.

Anyway, I spoke to a company that presceens people for eligibility and it was recommend that I pursue disability benefits for the two youngest.

I spoke with my local social security office and I have appointments within the next two or three weeks. It should be a fairly straightforward process in terms of medical records.. When the boys were diagnosed, we were very careful how we did things in order to make sure we did right by the them.

We’ve already been to the doctors or hospitals they are going to want us to go to.

I’m not saying it’s going to be easy or even possible. I’m just saying it should be relatively straightforward..

While I dislike having to do this, my hands are tied in so many areas and there’s only so much that I can actually do. It would make a big difference for us and put me in a better position to meet their needs.

I have t remember it’s about the boys and not my misguided sense of pride.

Praying for a good outcome! I get the struggle we r getting ready to apply for our second of three. It’s hard pride wise,but our kids need us to be there for them 24/7! ❤️

The last sentence sums it up perfectly brother…I know how hard that can be, as a man, and a dad…but you know what needs to be done is for the best. Good luck.

Okay.. I can’t find your email.. Could you please send me a message…. Thanks

I would like to help.   I have been reading your blog for years.  I’m not a crazy person.  You probably know my email address.  Please contact me privately if you are interested.  (Maybe you have a solution already?  Or you will move somewhere else the kids are familiar with?)  But if you do want help, I am probably able to help.

I hope things work out for you. You absolutely need all income for which you qualify. Homelessness would not be an acceptable option, IMHO. As for defining your sons’ lives, only if you let it. When they’re old enough to work, they can look for and get competitive jobs, same as everyone else. As long as they comply with the rules and use the system appropriately, they’ll be fine. At age 18, they each will be their own household for Social Security purposes.

I know a few people who have become certified nurses assistants–it might even be a free course from some places–and then they are paid (I think through the state or through insurance company) to take care of their own children because their children’s medical issues prevent them from working any other way. It might be another option for you. It isn’t really the same sort of stigma and it would basically be paying you to do what you’re already doing. Hope this made sense.

My heart goes out to you. I hope that things work out for you eventually. I’m not sure about the system there but if getting SSI helps you to keep the house, for you and your kids, do consider doing it. You are their foundation. Take good care of yourself!

Well, if you’re that far behind then chances are foreclosure is inevitable, SSI or no. Your best line of defense is to file bankruptcy which will buy you a little time to find a new place for you and the boys. And does their mother contribute to their support in any way at all?!

It’s not quite that simple but yes. I do web design stuff on the side from home. Honestly though, I’ve just reduced our need to meet what I’m able to bring in.
The big issue is that what I’m able to do while being a full time caregiver, doesn’t amount to a steady paycheck.
It’s has always been pretty but I’ve been able to keep us afloat until I can get us into a better place. The problem comes when something happens and you just can’t absorb the expense. That’s happened a few times this year and I just couldn’t recover.
It’s a downward spiral from there.
All things considered, I’ve been doing pretty well.
I just got behind on the mortgage. I’ve been emotionally struggling with the divorce and things started to slip.
One way or another, I always figure everything out. I choose to focus on the things I can have the biggest impact on. There’s only one of me and I can only dons much.

I understand. We have fought to not apply for SSI too. Just too proud and a part of me doesn’t like benefiting off my child’s disability. I see people, know people, who have SSI for their kids and they spend the money frivolously on stuff for themselves and never on the kids and it infuriates me. Our MSC advised us that applying now is a lot easier than waiting till they are 18 or an adult. It’s best to get it now instead of waiting. Yet we still deny applying because we don’t want to go through the process. You’re situation is different. You need the help of you are going to loose big. It won’t stop with your home. That’s only the beginning. If this will help you keep your home and so long as you spend the money on the boys & for the boys health, safety, and well-being, I say go for it. Your doing the best with what you have to care for those boys.

When it comes to providing for your children you absolutely have to set your pride aside and do what’s necessary to keep them happy and safe. This isn’t something so shameful.

Wait, so aside from Gavin’s SSI and your ad revenue, you have no other income coming in? I don’t understand how you’ve been even treading water if that’s the case.

Thanks. My hope is that perhaps if I try to lead by example, others will not submit to feelings of shame p, that may prevent them from seeking help.. 🙂

Why doesn’t mom pay child support? Even if shes not able to work do to her own disabilities than you should be receiving money from the govt? Or is SSI going to cover that? I’m sorry I’ve never had pride when it comes to my kids – I’ve accepted all the money & support from the govt I could.

Applying for benefits that will allow your children to stay in the home that they share with you, their sole care provider, (and super-dad!) is nothing to be ashamed of. As you say, special needs families everywhere are suffering the financial,
as well as emotional repercussions of the situations we are in. I hope everything works out for you and the boys.

Not sure what SSI actually does but if it keeps you from losing your house it’s worth having.