Do you know what it’s like to be trapped in a car for 3 hours with a kid having a massive meltdown?

I was on a very tight schedule this morning and of course, Emmett picked today to refuse to go to school. He said he wasn’t feeling well and long story short, I ended up taking Emmett with us.

Perhaps it wasn’t the right decision but in the moment, there wasn’t much else I could do because I was already running late and it’s close to a 3 hour round trip (depending on traffic). 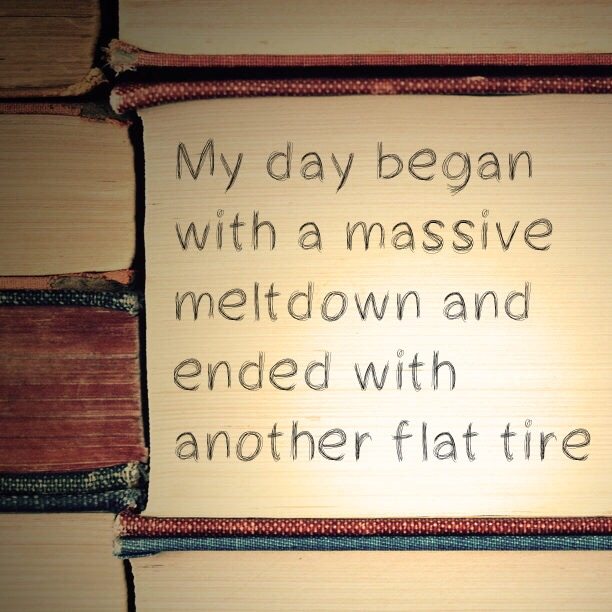 Elliott was nervous cause he feared the possibility of blood work and Gavin kept bouncing around the front seat cause he needed the use the bathroom.

Emmett was fine until the drive home when he just sorta had all he could take. Majority of the way home, he screamed and melted down. That stressed everyone out, including myself.

We finally make it home, only to hear the hissing sound of another tire going flat. This was the second flat tired in the last few days and it was the last thing I wanted to be dealing with tonight. On the enormously positive side, it didn’t go flat until we stopped the car in front of our house. Thank God it didn’t happen while we were on the freeway. 😀

For the second time in a few days, I had to swap out with a spare and go to my parents house and plug the main tire.

It worked and that’s positive. I’m definitely grateful for that… 😀👍

Yeah, we all went and they did well.

Did you have to take the boys to your parents to? Especially if everyone was still stressed out?

Yeah, we all went and they did well.

Did you have to take the boys to your parents to? Especially if everyone was still stressed out?