Why can't I just call it an obsession because that's what it is for my kids with #Autism? -

Here’s what happened at the boys immunologist appointment yesterday

This past week, Elliott decided that it’s a really good idea for him to practice taking care of a child. I have no idea where this came from but Dr. Pattie suggests it might be about gaining some control.

He wants to practice taking care of a doll but is really embarrassed by that idea.

I have spent the last few days trying to instill in him that it’s perfectly okay for him to want to practice caring for a child by using a surrogate like a doll. There’s nothing wrong with boys playing with dolls or girls playing with trucks. 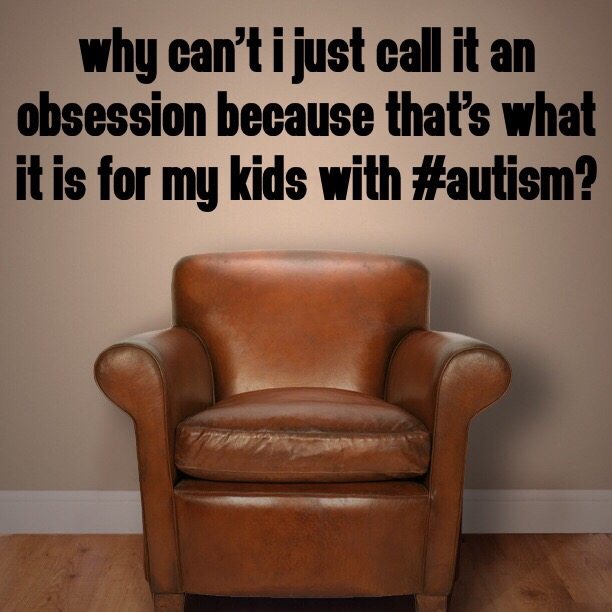 Now this isn’t as cut and dry as it sounds because he’s become extremely obsessed with this idea and it’s interfering with his daily life.

This isn’t really any different than any other idea he’s gotten stuck in his head. He can’t think about anything else until he eventually moves on to something else.

These obsessions and they are obsessions, lead to meltdowns, anxiety, depression and disruptions in his daily life..

I’m having a difficult time managing these situations and it’s absolutely exhausting, for both of us. 😔