Autism Parents: Did you know it’s okay to feel overwhelmed


It’s been a really difficult day for me.  It was one of those days where I desperately needed a break but didn’t get one. I managed but that was about it.

Gavin’s is in manic phase and he’s been talking my ear off all day long.  I forgot to mention that eariler in the week cause I was distracted by the Clozapine issue.  Even manic, Gavin is absolutely harmless.  He might drive me crazy with his incessant talking and his Legos being scattered in his room but he’s otherwise just as gentle and good natured as he been over the last year and a half.  For the record, if you’ve not experienced a manic child’s incessant talking, you can’t truly appreciate the level of stress and it exhaustion you feel as a result.

Elliott and Emmett on the other hand were absolutely in rare form.

I was constantly breaking them up because they were fighting over everything.  They would get some serious digs in and every instinct I had was screaming just lock them in their room until they work this out and emerge on good terms.

My parents used to say that to us when we were kids. 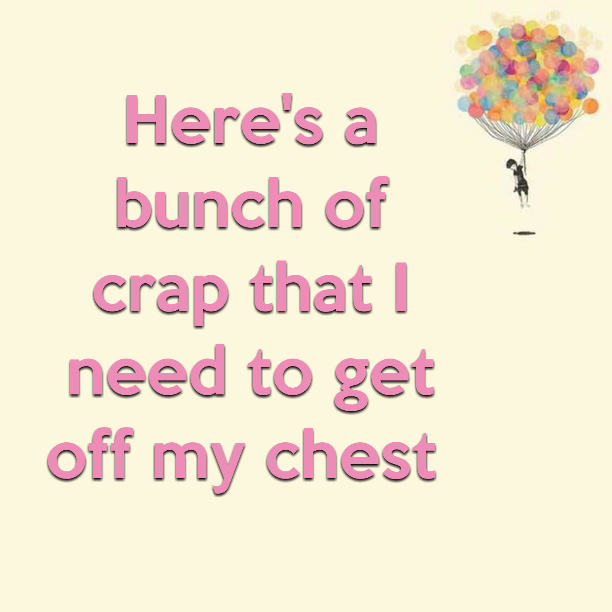 Of course, I wouldn’t do that but when your a Daddy on the edge, you’d be surprised the thoughts that can run through your head… ☺

Anyway, for the most part, the boys went to bed without much problem.  Emmett came down a few times but after a snack, he was back to bed and fast asleep.

As for myself, I’ve been struggling a little bit because this whole divorce thing has got me very overwhelmed.  It’s difficult to even talk about it without either saying too much or too little.  Either way, someone ends up being upset with me.

The funny thing is that while you folks are wanting to know more about what happened or the things I don’t talk about, the people in my life who have the ability to ask me anything they want, simply don’t.  It’s frustrating when the only way anyone can have access to how the boy’s or even myself are doing with everything, is if I write about it because no one is aloud to speak to me or me to them.

Part of the reason I talk about some of these things I do is to help circumvent the communication blockade.  There are rules in place that I didn’t make, that compartmentalize everyone, so no one truly knows what’s really going on. All that serves to do is hurt the kids and shield everyone from information that is contrary to what they’ve likely been told.

Divorce isn’t easy and I certainly would never wish this on anyone.

Getting angry serves no purpose.  It doesn’t do anyone any good and the only person it hurts is me and subsequently the kids.  Bashing anyone doesn’t serve a purpose either and I honestly draw a very distinct line between bashing and talking candidly about what’s happened to myself or the boys and how’s it’s impacting our lives.

Before anyone says anything.  I know there’s a difference between taking the higher road and being a doormat.  I also know it may seem as though I’m a doormat at times, because some are quick to point that out.  The truth is that everything I say and do serves a purpose.  There’s a rhyme and reason for at least most of what I do.

It’s not always something I go into great detail about but I promise it all serves a purpose.

One of the reasons I rely so heavily on the boys therapist to help me make decisions, isn’t because I don’t know what to do (although sometimes I don’t).  It’s because I want to make absolutely certain that any decisions (major ones) I make are not influenced by anything other than a desire to do what’s best for the boys.

While I don’t feel I allow life to push me in one direction or another, I am human and subject to all the weaknesses that going along with that.

The boys deserve the best and if I’m allowing personal feelings about someone or something to interfere with doing what’s best for the boys, than I’m failing them and I have no intention of letting that happen.

It may sound like I’m angry but I’m really not.

I’m overwhelmed, tired, stressed out, worried about the future and frustrated with a few things in my life but I’m not angry.

Someone once told me that holding on to anger was like drinking poison and expecting it to hurt the other person.  That’s a pretty profound and accurate statement that I’ve taken to heart.

It’s been a very long and emotionally difficult day and I’m hoping to actually get some sleep tonight and wake up feeling better.

I left some suggestions on another comment and also….. blow off the nonsensical info blockade/ban. There is no clearer sign that the other party is obviously manipulating truths or just inventing her reality if she’s gone to the trouble to institute a ban (which she has no legal right to do at all) of communication between you and her parents, who are your boys’ caregivers during the supervised visits. It’s bullshit.

Noise canceling headphones are wondrous! Use them on long plane trips.

Do the Es have any noise cancelling headphones you could borrow? 😉

I left some suggestions on another comment and also….. blow off the nonsensical info blockade/ban. There is no clearer sign that the other party is obviously manipulating truths or just inventing her reality if she’s gone to the trouble to institute a ban (which she has no legal right to do at all) of communication between you and her parents, who are your boys’ caregivers during the supervised visits. It’s bullshit.

Noise canceling headphones are wondrous! Use them on long plane trips.

Do the Es have any noise cancelling headphones you could borrow? 😉