When my son with fragile health gets sick, I freak out -

BE AFRAID BE VERY AFRAID: The boys routine has been flushed down the toilet today

When my son with fragile health gets sick, I freak out

My day has come to screeching halt because Gavin has spiked a rather substantial fever.  I’m not gonna lie, I’m sort of in somewhat of a panic.  He says he’s fine and whatnot but that doesn’t really mean much because his expressive language is very poor and he never seems to know when he’s not feeling well.

Gavin will say he’s got a headache or something like that but he’s not a reliable source of information about himself.

He’s very congested, coughing and has already had to use his emergency inhaler.  All that aside, what really concerns me is that it came on so suddenly and he’s running a fever of 102.4°F. 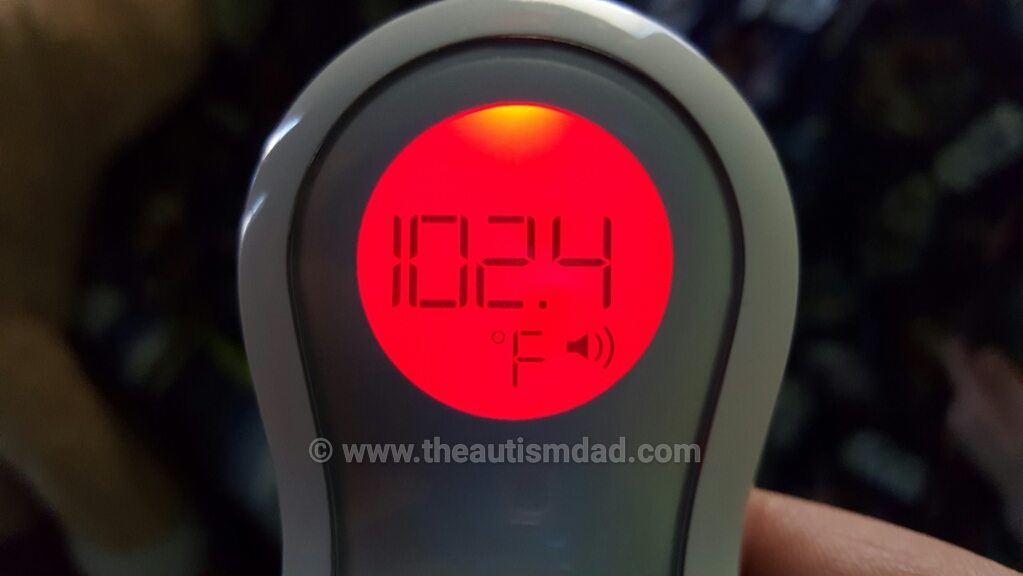 What’s sorta freaking me out is that his body temperature is bouncing around.  For example, he’s currently been in Advil for a few hours and this is still his temp.  I check him about every 30 minutes or so to make sure he’s not getting worse.

He’ll go from 102.4°F all the way down to 99.1°F in the course of 30 minutes.  When I check him again, 30 minutes later, he’s back up to 102.x°F. There’s absolutely no rhyme or reason to this and the only thing that makes sense (aside from the thermometer losing its mind) is that there’s something autonomic going on as well.

I have a message into his Immunologist because I don’t know when to not freak about him getting sick.  It happens so rarely that I don’t have much experience with it.

The IVIG he receives twice a week, provides him with the collective antibodies of over a thousand different people and so while that’s in his system, he’s fighting things off like a champ.  He has on very rare occasions, still gotten sick and it’s scary… 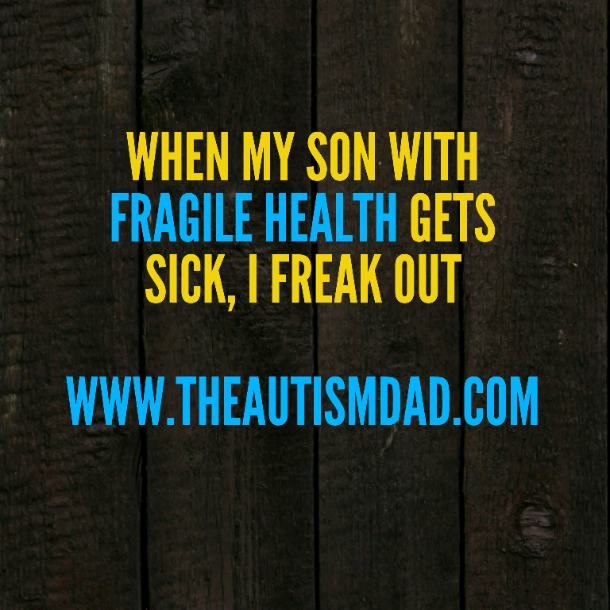 If his Immunologist calls and says that it’s okay that he’s running a fever, than I can take a breath and try to relax.  I suspect that in the worst case scenario, he’s going to need to get into his pediatrician today because they’re going to want to watch him closely as well.  What I’m seeing with Gavin right now is very similar to what the boy’s had/have.  The difference is that Gavin’s seems to have it worse and it came out of nowhere.

While I worry about the other boys when they’re sick, they aren’t nearly as medically complex as Gavin.  When Gavin gets sick, very bad things can happen..

So far, therapies for this afternoon have been cancled and I’m not sure about Dr. Pattie tonight.  I’m leaving that open for a bit longer because there’s a bit more flexibility there.  Plus, Gavin’s fever may not be related to anything other than autonomic issues but at the same time, there’s no way to tell…

I just need to hurry up and wait…..

UPDATE: I just heard from his Immunologist and she said to let him go a day or so and if it gets worse, get him in but otherwise, it’s been less than a day.  I need to take a breath and let his body have a chance to fight it off.  The temperature issues do sound like they may be autonomic in nature.  I’m just going to watch him over the next 24 hours and see what happens.  I do need to keep up with his emergency inhaler and Benedryl… ☺