I spent some quality time with Gavin today :) -

I have a pretty big “The Autism Dad” blog update

I spent some quality time with Gavin today :)


I’m really trying to get out of this funk I’ve been in lately.  It’s proving to be much easier said than done.

It’s important that I take back control of as much of my life as I possibly can and seeing the direction my demeanor was heading in this morning, I took steps to kick my own ass back on track.

Before lunch, I told Gavin we were going to the park and walking the track.

I was getting exceptionally stressed out and I wanted to reclaim my day.

We headed out with the understanding that we were going to do 1 lap, which amounts to about 1.51 miles.  Since Gavin’s somewhat limited, I said that we would start with one and try to work out way up to 2 laps eventually.

On my own, I would normally do at least 2 laps, sometimes 3 or more (once I get back into the swing of things).

As we were walking, I thought I would try and make this a bit educational.

Not only did we take the longest route possible, while only going once around the track but we even included some uphill hiking as well.

As we were hiking through the woods, we ended up talking about camping and I thought I would give him a little research project to do when he got home.

We were commenting on how disgusting the water in the creek was because it’s nasty..

I told him that he could use his tablet to research and then I wanted him to write a short paragraph, explaining one way he could purify the water..

Below is the result of his research. 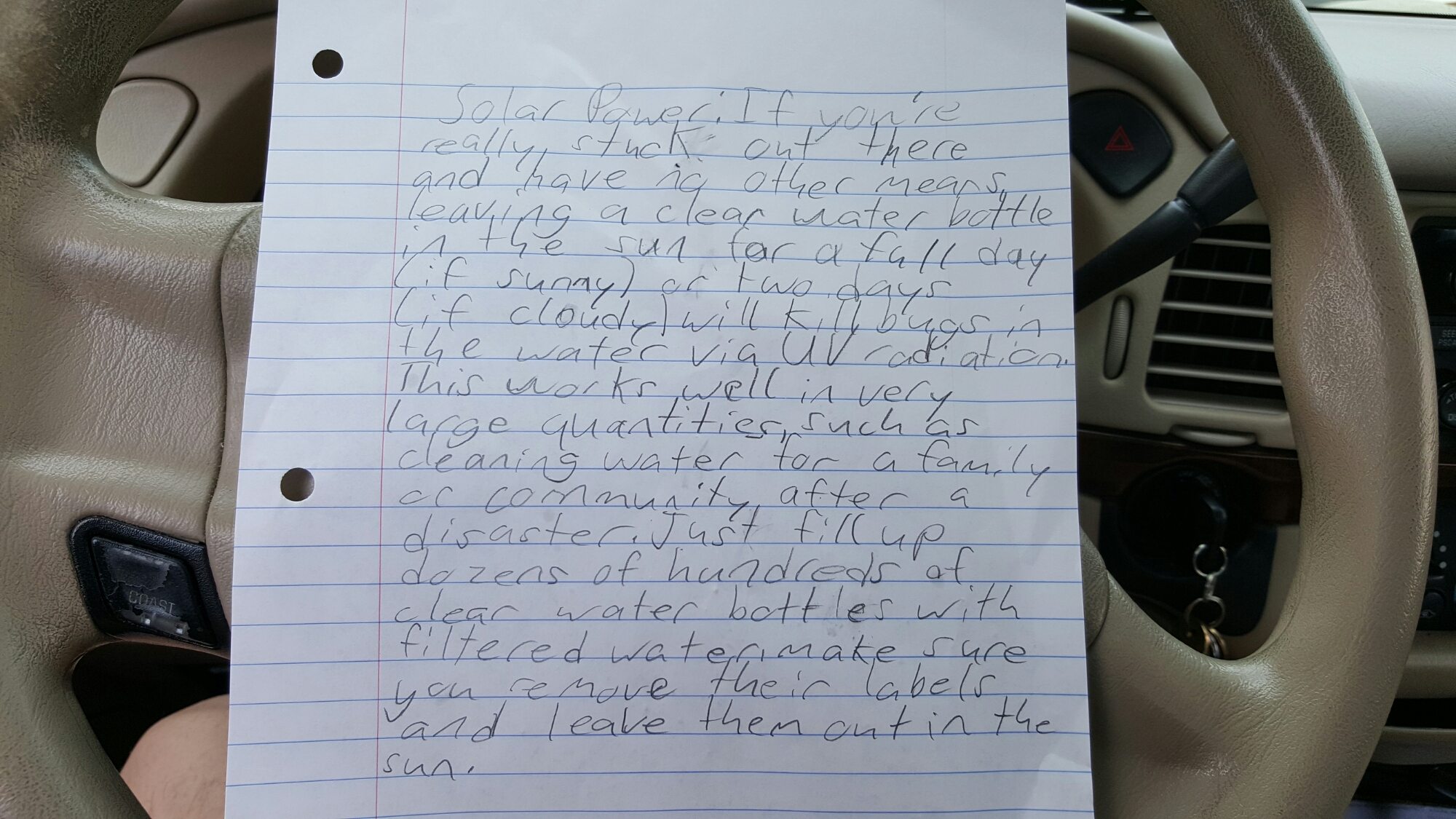 While he didn’t quite do what I asked him to do, he sorta connected the dots.

I wanted him to research and report back with the best way he could find.  I didn’t specify that he needed to use his own words but I thought we were on the same page..

He made a good effort and he spent about an hour or so.

I’m really proud of him and I think I’m going to have him do this more frequently.

As far as our walk went, we ended up walking 1.73 miles.  That’s almost an extra 1/4 mile..  Gavin did awesome on all accounts and I had fun hanging out with him.. 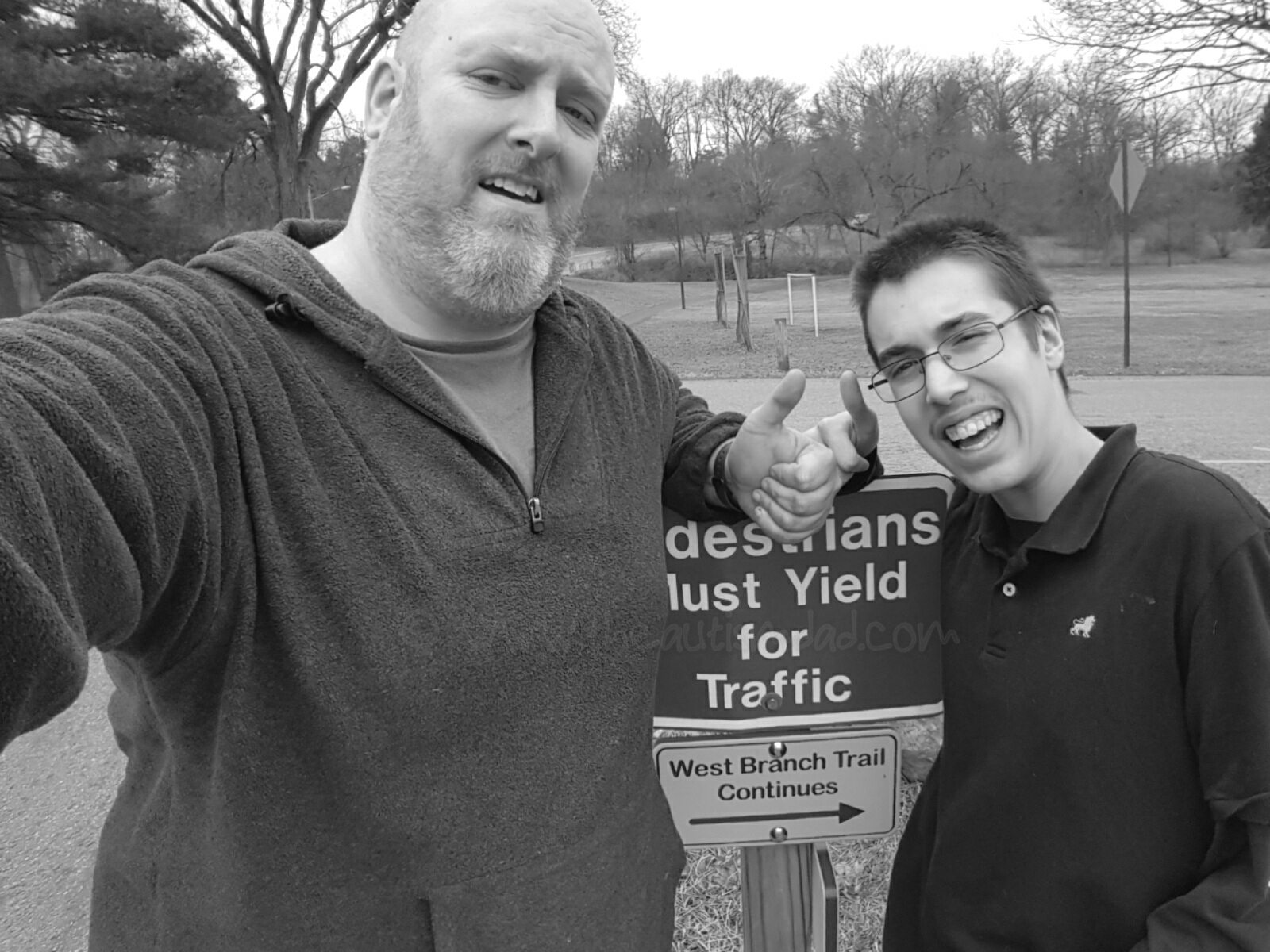 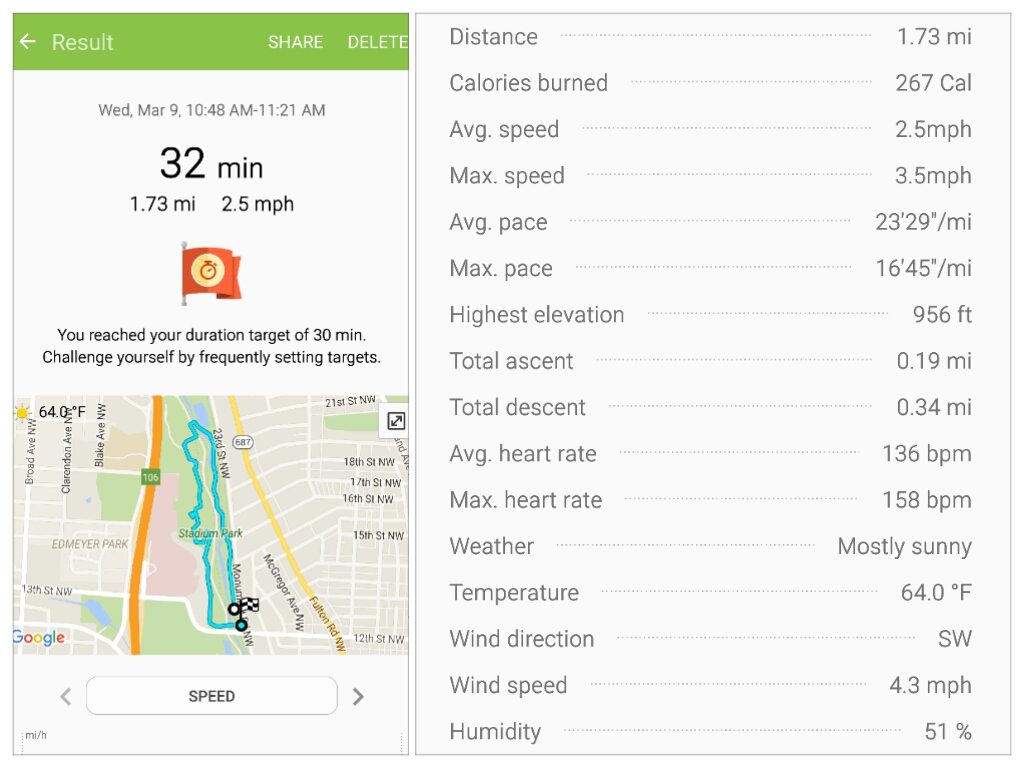