Part of being a Dad is putting the kids first, even if it means this..... -

Don’t you love waking up to the kids fighting

Let’s start the weekend off with some good news

Part of being a Dad is putting the kids first, even if it means this…..

The boys (minus Emmett) got off safely to their Mom’s house for the night.  Grandma picked them up around 2:30 PM and off they went.

Emmett was in a very bad place this afternoon and as he was getting ready to leave, it all came to a head.  The meltdown was pretty significant and his level of distress even greater.

The catalyst seemed to be that he couldn’t find his right shoe, as in he had his left one but not it’s opposite.  Gavin, Elliott, Emmett and myself searched everywhere and it’s just not here.  I have no clue what happened to it.

He was so upset and as a result, nothing else felt right to him. 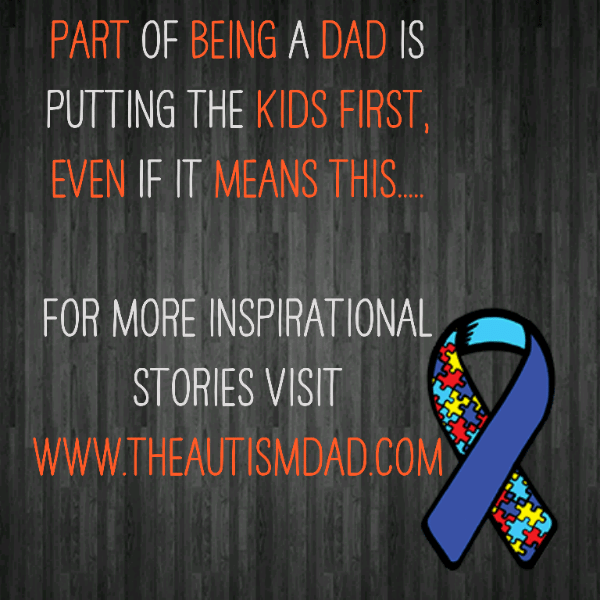 His sandles, slippers and even his new socks all felt funny. I offered to carry him to the car  and every other combination of socks/sandles/slippers I could think of and nothing helped.  I finally called his Mom to see if she could calm him down but he just wasn’t having it, despite her efforts.

We ended up deciding that he would just stay home because there wasn’t anything he was comfortable with and no one wanted to push him because he was seriously in distress.

My hope is that he will settle down and eventually change his mind.  Grandma said she’d come pick him up if he did…

As it stands, it appears I will be breakless for this 30 day period of time.

It’s fine because I love spending time with him but on the same token, I’m exhausted and even had plans for tonight.

Part of being a Dad is being flexible and putting the kids first.  At this point, he and I will snuggle and watch movies tonight.  Maybe order some food and camp out in the living room.

If I can get him grounded and relaxed, he’ll end up wanting to go..  I’m fine if he stays home but he doesn’t have many chances to see his Mom and I’d hate for him to miss this one.