I have some bad news to share about Gavin


Gavin and I were running a few errands before going to pick up the boys from school.  We just started to get the water jugs filled when the school called.  I’m not ever excited to get calls from the school because while the boys are never in trouble, no one ever calls to bring me good news.

The person on the other end of the call was Emmett’s teacher.  She was calling to tell me that Emmett had been having tummy issues today and that he now feels like he’s going to throw up. 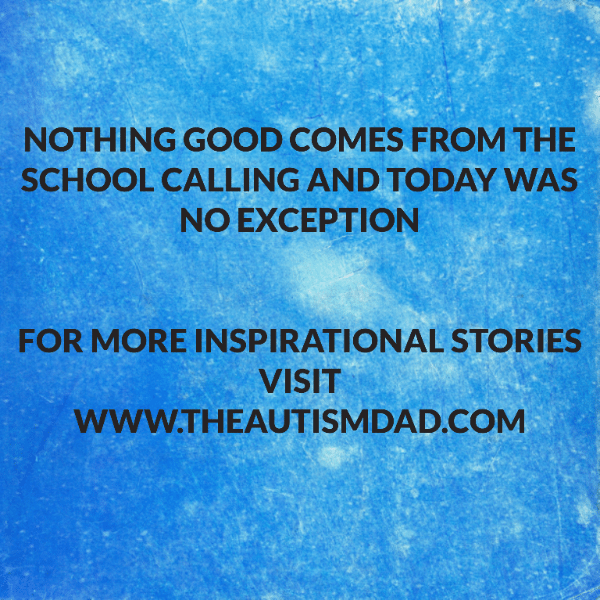 Of course, the one day when things were kind of going as planned, Emmett comes home with what may end up being the flu.  There’s a nasty stomach bug going around the school that seen at least a couple kids in the emergency room.

Since arriving home, he seems to be doing okay.  Part of me suspects that he’s stressed out about something he brought to my attention the other day.

He will get like this when he’s really stressed out and there’s nothing much I can do because he won’t talk about it, aside from bringing it to my attention.

I guess time will tell but I’m really hoping he’s just stressed out because the alternative is not something I want to be in our house.  Life is tough enough but the stomach flu makes everything that much worse and the boys just seem to pass it back and forth…