Divorce: Yes, I’m hurting and confused but I’m not angry

We had a really rough start to the morning as Emmett spent most of it melting down.  I have no idea what’s upsetting him so much.  Actually, that’s not totally true.  I have a pretty good idea because he’s said something to me about it earlier in the week but I thought this had been addressed.

When the boys were having dinner with their Mom and Grandparents last week, there was some discussion about summer vacation.

That’s all they meant and no one did anything wrong at all.  It’s just how it came across to Emmett. 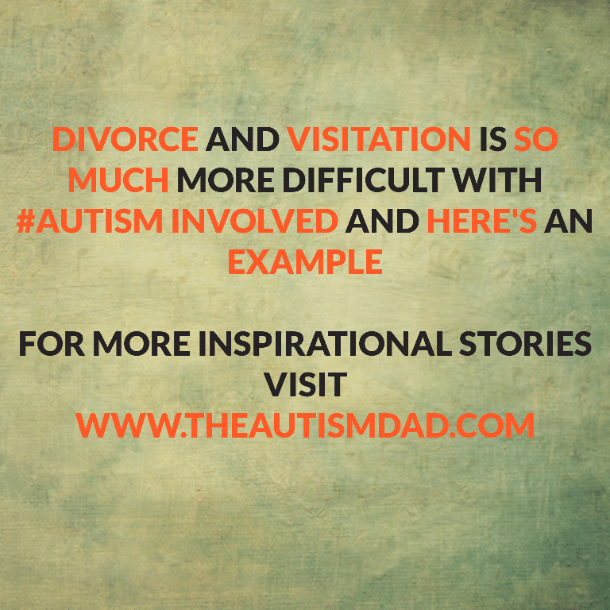 What Emmett heard is that they would be spending a whole week away from home and that had him really freaked out and panicking.  He was worried about missing therapies and his ferrets…

I explained that they won’t be spending a week anywhere away from home, especially if it makes them uncomfortable because we all agree that it just can’t be something forced on any of the boys.  They barely make it through a 24 hour visit without needing to come home for one reason or another.

I thought that had taken that fear away from him but I’m suspecting that it didn’t…  He’s not been sleeping well and he was doing better-ish….  He’s also been very volatile and very easily frustrated or overwhelmed, which told me something was bothering him.

Unfortunately, Emmett is one of those kids with very, very little expressive language skills meaning he can’t express how he’s feeling or if somethings bothering him.  The only way I know somethings wrong is based on his behavioral changes.

I’m pretty sure that’s what led to his tummy issues that got him sent home from school early yesterday afternoon.  As soon as he got home and snuggled, he was fine from that point on, aside from several meltdowns.

I called and talked to his Mom last night, explained what was going on with Emmett and why I think he’s upset.

I asked what they had told the boys about the summer and as I suspected, it was simply that they might be able to spend more time together.  I have no problem with that and I didn’t think that they would have told the boys they would be spending a week there. That’s simply too much for them and we all recognize that.

Even if they did go for a week, they could come home when they were ready but again, a week away is not on the table.

Their Mom is going to help address this tonight and explain that there was a misunderstanding.  No one would take them away from home for week.  With school out, they might just be able to spend more time together, that’s all.

I’m hoping that after their talk, Emmett will feel more relaxed because holy crap is he anxious lately.

We just have to pour a little extra teamwork into this and remember in the future to be very mindful of how things are presented to the boys, especially Emmett and Elliott.  Gavin’s a totally go with the flow kinda guy….. ☺