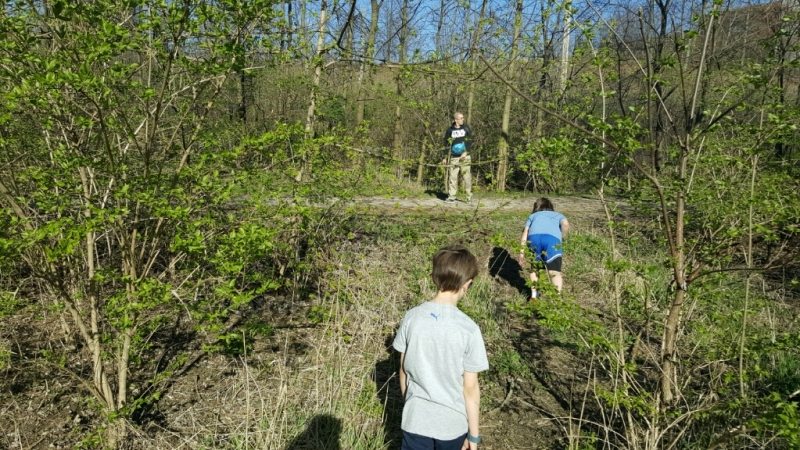 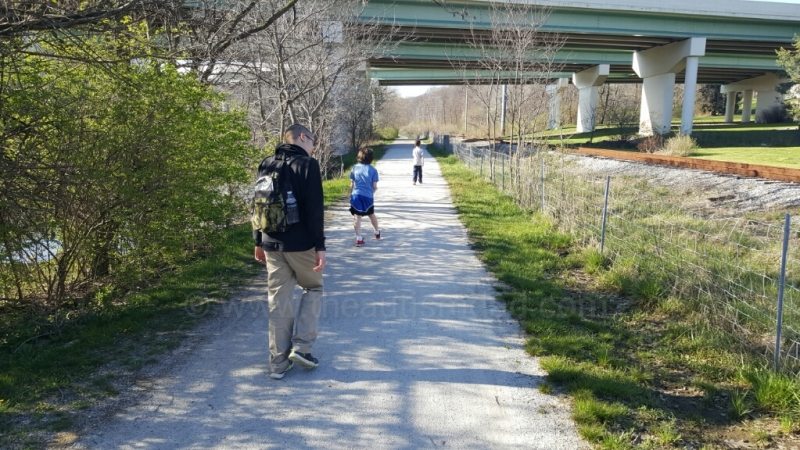 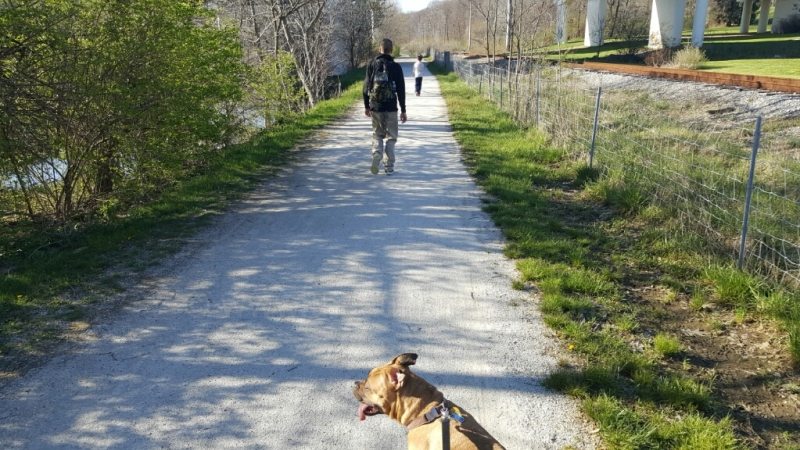 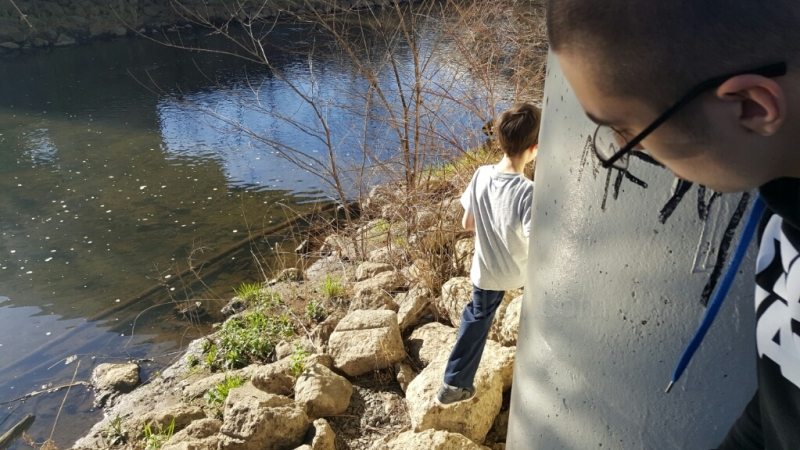 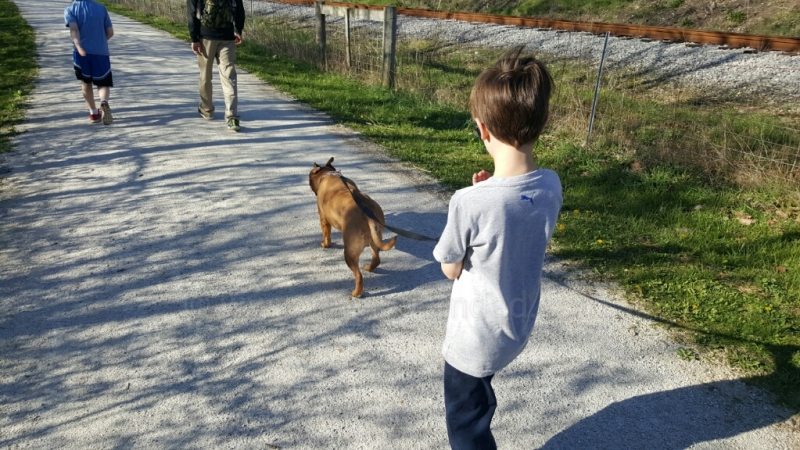 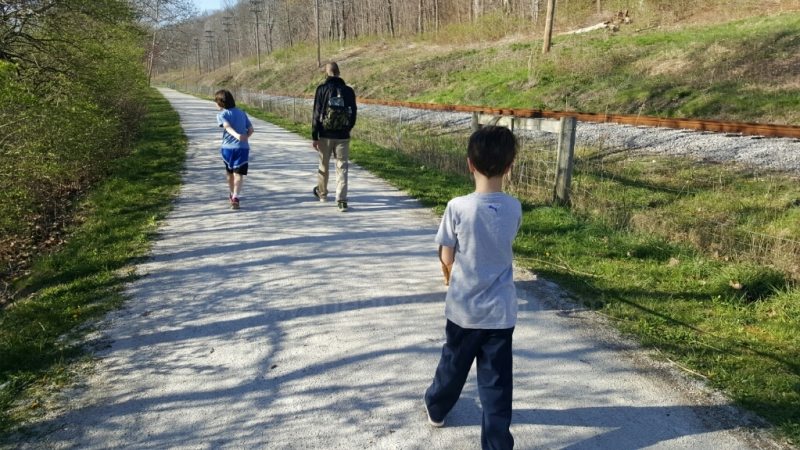 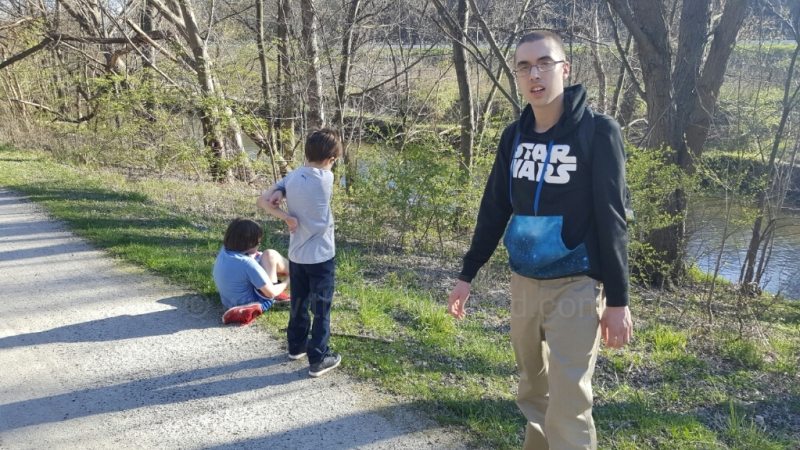 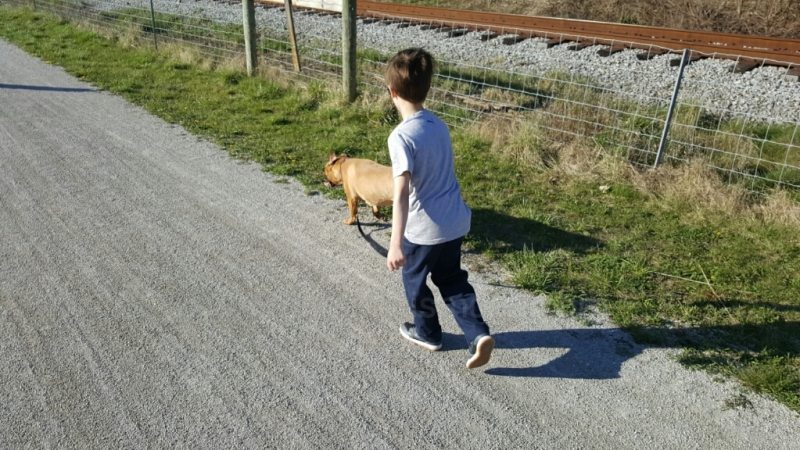 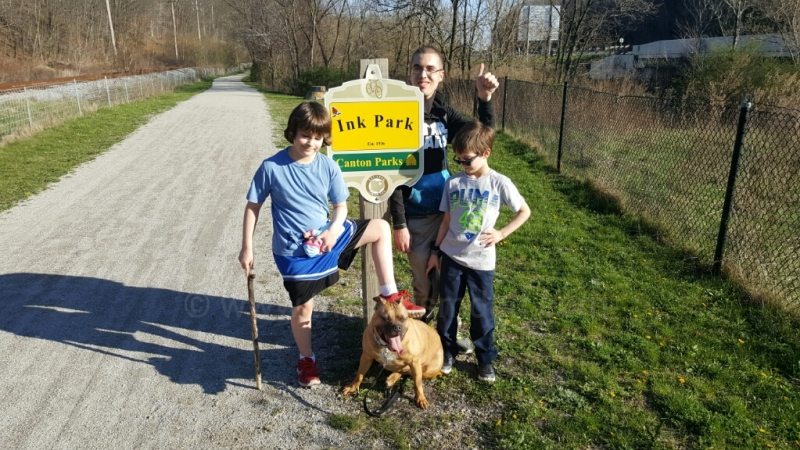 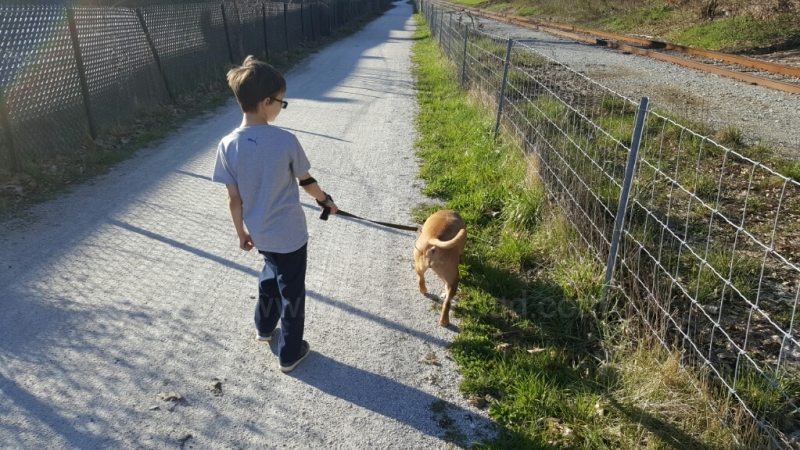 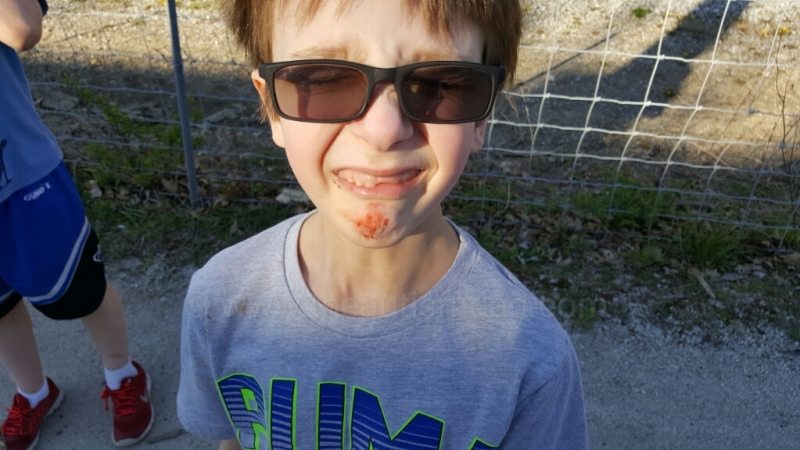 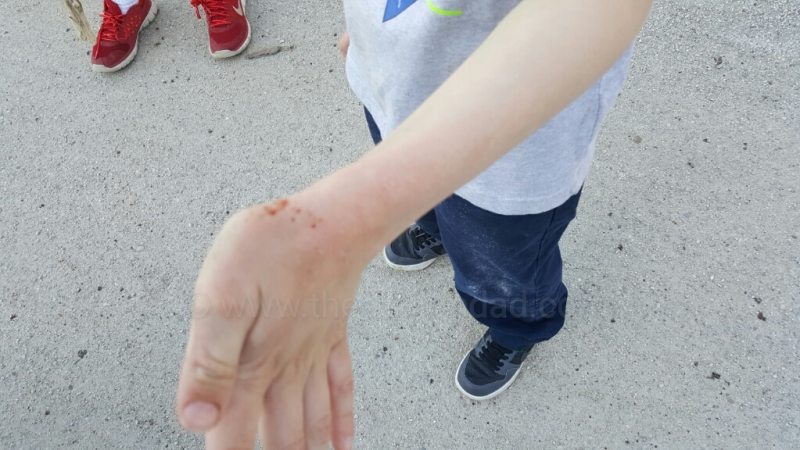 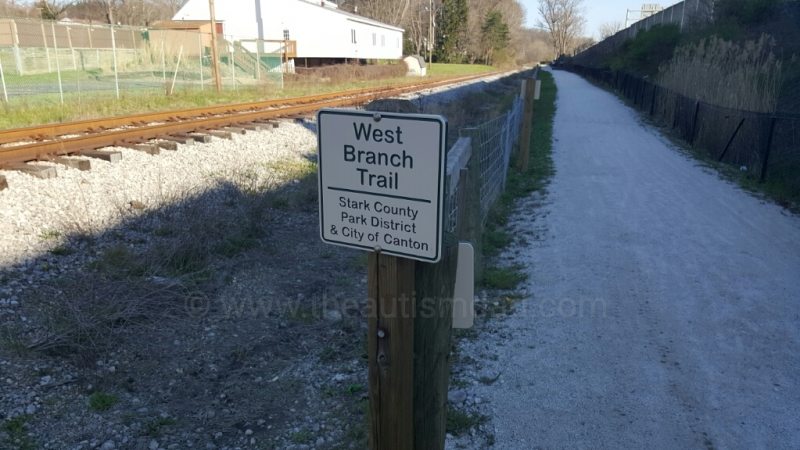 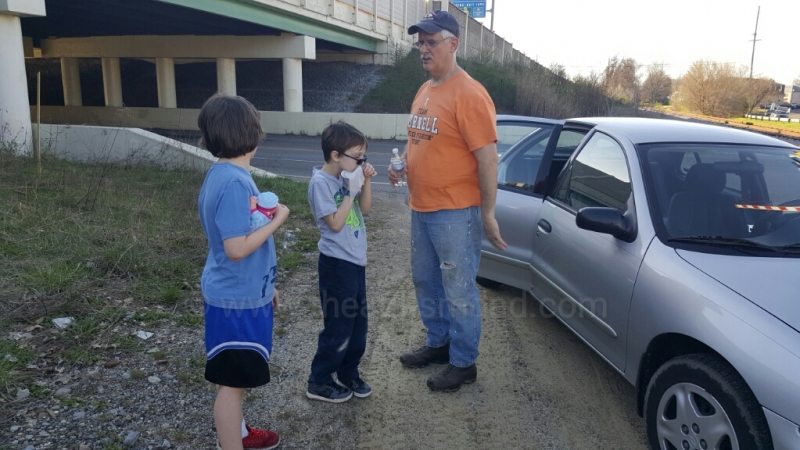 I talked yesterday about how Emmett was really struggling yesterday, after returning from his Mom’s house.  Quite honestly, so was I because my nights have been filled with bad dreams and so even when I’m presented with the opportunity to sleep, I can’t.

Anyway, one of the best ways to help my kids work through emotional or sensory overload, is physical activity.  It helps to ground them in a sensory manner, leading to an eventual reprieve in anxiety.

I felt my best move would be to get them outside and moving around.  It was beautiful out and I figured I take them somewhere and we could walk around and explore.

We ended up making our way to a path that the boys have never actually completed before and this time we brought Maggie with us.

Emmett kept asking if he could walk Maggie and I wasn’t thinking it was a good idea because there were rabbits everywhere.  I was concerned that Maggie would go after a rabbit and drag Emmett like ragdoll…

Emmett didn’t let let go of the leash and ended up being dragged, face first for a few feet before Maggie caught herself and stopped.

Thankfully, Emmett kept his head up while he was being dragged down the gravel path. His chin took a beating,  as did his hand and wrist.

He was beside himself because his face, hands and wrist were bleeding.  Clearly this hurt and he was screaming at the top of his lungs.  I had to think fast because there was no way I was going to get him back to the car,  which was about a mile and a half behind us.

I called my Dad because where we ended up, we were only about a mile or so from their house.  I explained what happened and he headed out to meet us right away.  I’m so lucky to have such amazing parents.

Elliott and Emmett went with my Dad back to his house.  My Mom and Dad got him patched up, fed and distracted.

I had to get Maggie back to the car and then go pick the boys up.  Gavin insisted on staying with me because he didn’t want me walking alone..  God love that kid..  ☺

It took us about 25 minutes to make it back to the car.

My Mom called at that point to say that Emmett was going fine and was outside aging in the yard with Elliott.  That was a huge relief to hear.  Gavin and I got Maggie home and then headed to my parents to retrieve the boys.

They continue to look painful today as well today and I know I’m in trouble in the morning because he’s already been saying that he’s in too much pain to go to school in the morning.

For the record, I only took a picture of Emmett’s injury because he asked me to and it made it easier to show him what his injuries looked like, again because he wanted to see it.