The next few posts will talk about some of the issues I’m very much struggling with right now, especially as a single parent trying to manage this.  I’ll try to break things up a little bit because there’s a lot to say.  This post here will be a two parter, with the link to the second part at the end of the post.

I can’t even begin to explain just how stressed out and worried I am right now.  There’s so much piling up on me right now and I feel like I’m drowning in problems that have no viable solutions.

I haven’t spoken about this because……I just haven’t.

Emmett has become fascinated with things like pain and danger.  I say fascinated but it’s probably more accurately described as obsessed.

Out of nowhere, Emmett informs me that he wants to get frostbite and experience what it’s like.  He also wants to get bit by a rattlesnake and stung by bees. That’s a few of the bizarre things he’s wanting to do. 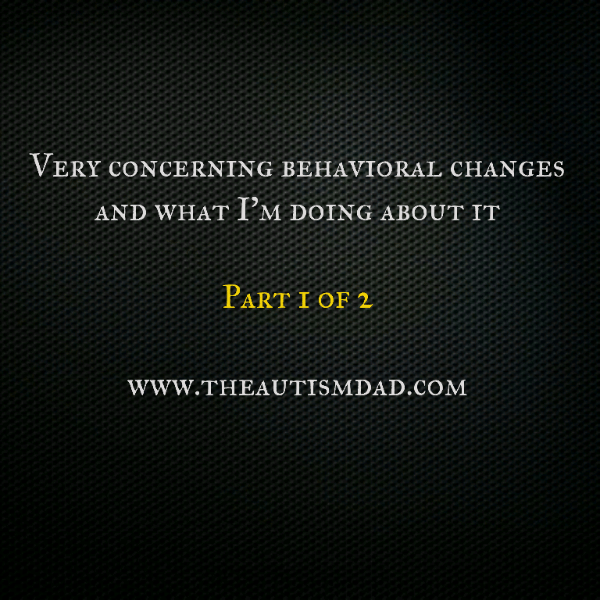 I’ve explained to him all the ways that theses are horrible ideas and even showed him videos of what frostbite is really like.  I don’t know how impactful that was but he seems less focused on it now, at least vocally.

I get the impression that his fascination with these things is less about hurting himself and more academic in nature.  I think he just wants to understand the process and what better way to understand than experience for himself.

Thankfully, most of these things are easily avoidable where we live and Dr. Pattie and I are figuring out how to address this.

Another issue is that Emmett’s hoarding food in his room.  I lifted up his mattress the other night and found countless candy wrappers from Easter and all kinds of other things.  I don’t know how he’s pulling this off most of the time but I have caught him on a few occasions and when I speak with him about it, he just breaks down crying.

I never yell at him.  I simply say that if he’s hungry, all he needs to do is ask.  I can’t have him sneaking things because I have to be able to trust that he’s not getting into stuff like that when I’m not looking.

Of course, there’s also his incredible level of impulsiveness.

I’ve never had to worry about him leaving the house or putting himself in danger but anymore, I have to watch him very closely.  He can’t get out of the house without me knowing. Home automation and security upgrades have seen to that. I’ve purposefully limited his knowledge of the inner workings of the security system in order to prevent him figuring out how to circumvent it.

All of these things are very concerning and Dr. Pattie is worried as well.

Is this just a phase or is it something we need to be worried about.  With Autism overshadowing things, it’s really tough to know for sure, what’s what.

That’s being said, at the most basic level, most of these things come down to control.  He’s trying to gain control over his life and things like hoarding are classic signs of this.  Elliott does the same thing, just in a different way and it all comes down to them trying to cope with things they simply are not able to.

The boys are all so smart and have such a deep vocabulary, that it’s really easy to forget how emotionally delayed they are or how they’re lacking in expressive language skills.

What this means for me as a parent, is that I’m having to guess at what’s going on a whole lot more than I’d like to.  There’s not litmus test for much of this stuff and it’s very much like feeling my way through the dark.

Identifying triggers for these behaviors and addressing what can be addressed is easier said than done.

At this point, it’s probably pretty obvious what has sorta pushed them over the edge but even that isn’t as cut and dry as it sounds.

See: What we think is going on and how we’re going to move forward (part 2)