It’s already one of those days where I’m feeling very guilty. It’s the kind of guilt one feels when their special needs child is driving them fucking crazy. By sharing this, I know it’s almost hypocritical because I’m always telling my readers not to feel guilty.

The truth is, sometimes there’s nothing that can stop the overwhelming feelings of guilt.

I’m feeling guilty today because I’m really struggling with Gavin this morning. He’s very slowly processing everything around him today, and I’m in a hurry because we have Dr. Reynolds to be at, first thing.

It’s almost like he’s unable to think. He’s not even able to answer some of my simple questions. 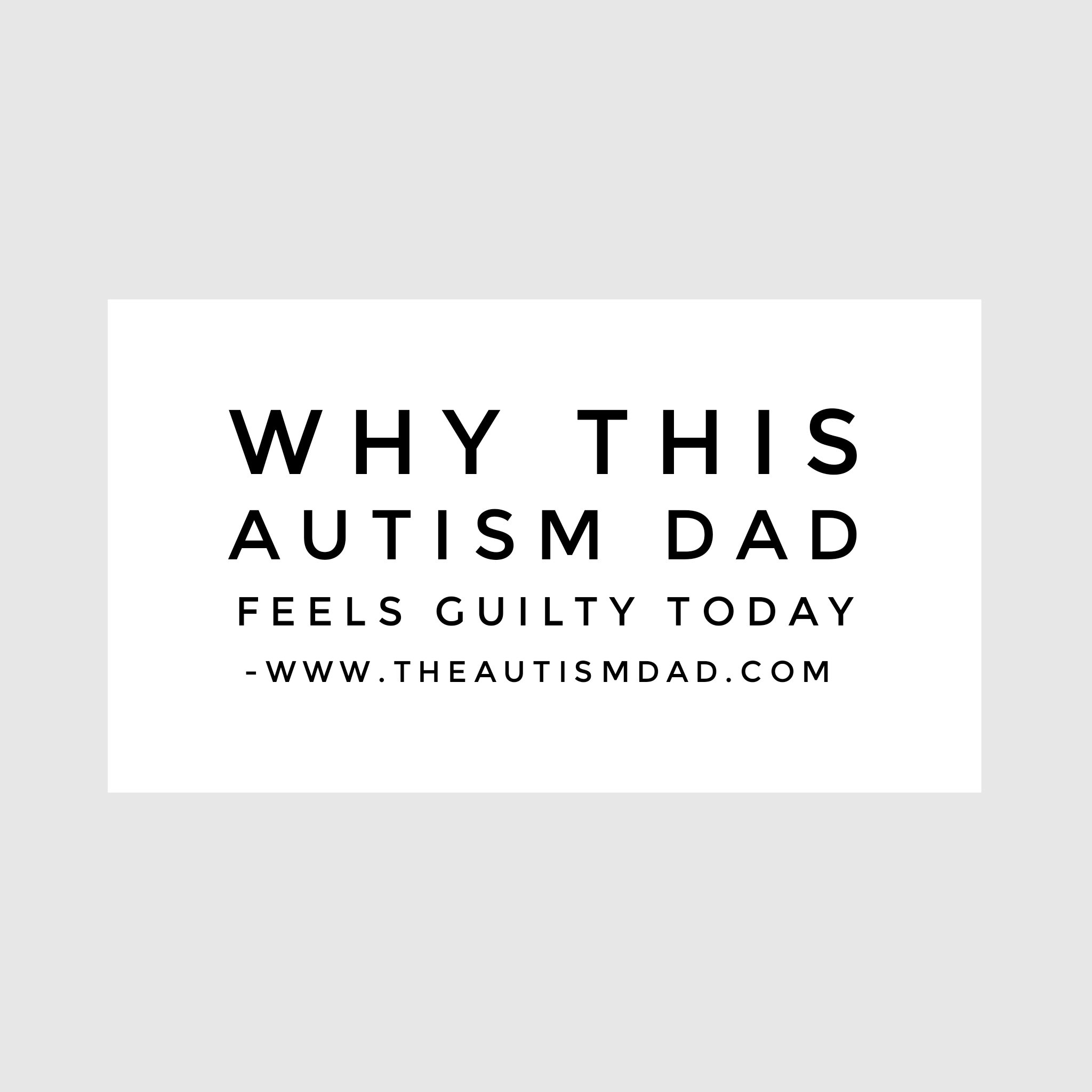 We’re sitting here in the waiting room at Dr. Reynolds, and Gavin’s starts doing the potty dance on the couch. I asked him if he needed to use the bathroom, which is a pretty basic question.
He replied with, umm…. ah…. I don’t know.. Okay okay.

I told him that he either needs to use the bathroom or he doesn’t, but he can’t do the potty dance in the middle of the waiting room. We were the only ones there at the moment, but people were starting to come in.

Gavin, or any of my kids for that matter, shouldn’t have to change who they are, in order to fit into the world. At the same time, certain behaviors can be deemed inappropriate and need to be corrected. The potty dance in public is one such thing.

Anyway, I’ve got a great deal on my plate today and not enough resources to cope. It’s taking all I have to work with Gavin this morning, and I feel guilty for that.