Jamming pencils in my ears -

Here’s how the morning has been so far

Jamming pencils in my ears


I try to provide insight and inspiration to my readers, by sharing my thoughts and experiences. Sometimes though, the best I can do is share what I’m feeling after a long day of being an Autism and Special Needs parent.

We weren’t without our struggles yesterday, but it was a good day.

One of the things I struggled with was Gavin’s behaviors. There wasn’t anything violent or majorly inappropriate, but that doesn’t make it any less exhausting.

If you have ever spent any time with Gavin, you will very quickly learn that he loves playing games on his tablet. You would learn this quickly because it’s all he will talk about. 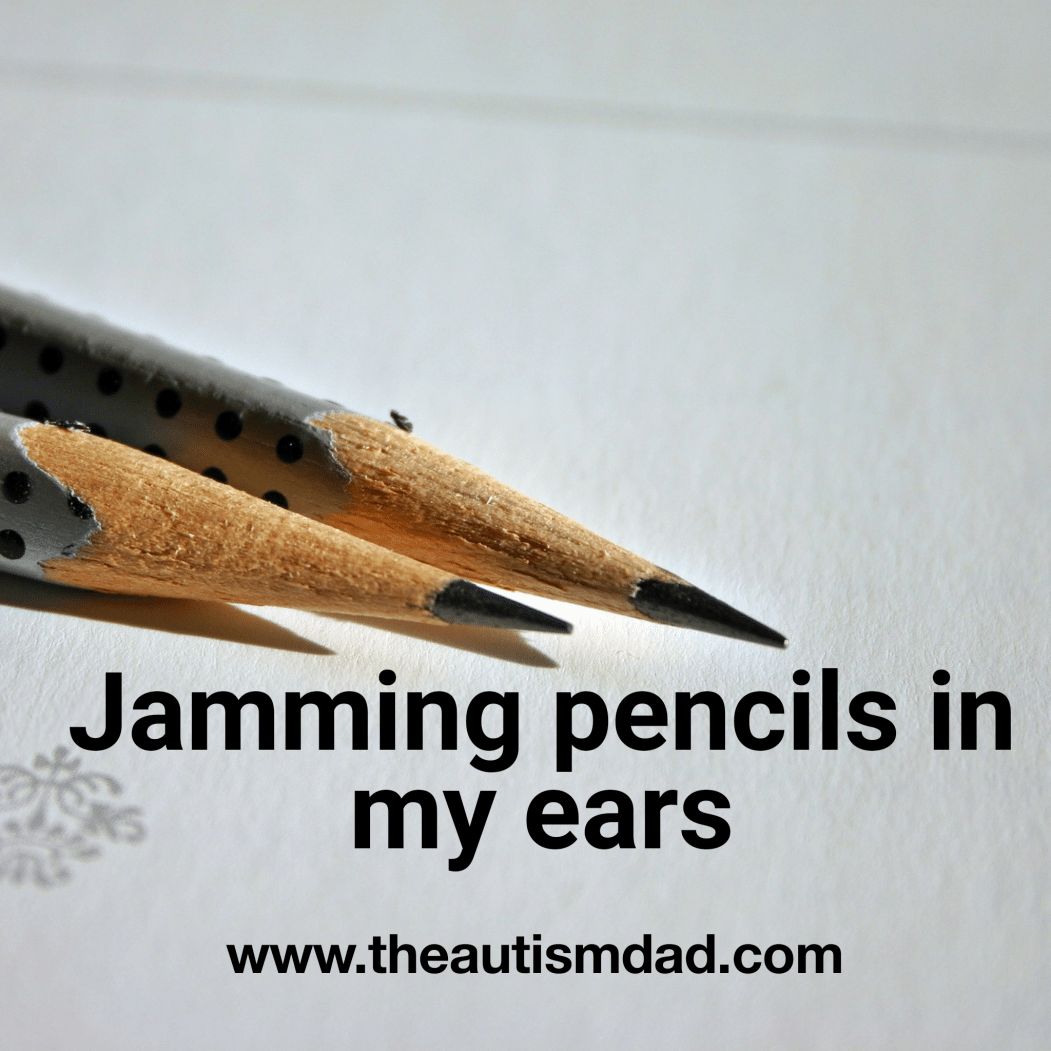 I have listened to him talk about his games to the point I want to jam pencils in my ears. He’s not trying to be annoying, but it gets really annoying when every single conversation centers around video games. Truthfully, annoying probably isn’t the right word to use. It’s more like exhausting. Hearing Gavin speak endlessly about video games is exhausting.

Yesterday was one of those days where it really took a toll on me. Every time he’d approach me and say, Hey Dad, I have great news, I’d cringe.

Gavin’s great news is that he’s almost collected enough resources to build a new building in a city, inside one of his games. It’s always something along those lines.

Sometimes the great news is that he’s discovered a new game that he wants to try out.

I honestly don’t know how many times I hear this in a day. I should try and keep a tally one day and see. Frankly, I sorta tune him out sometimes because my brain can’t take anymore.

Gavin’s the kind of kid who requires a person to be very direct with him, or he’ll stand no chance of grasping anything that’s being said. I have to be blunt with him when he talks about his games, because he doesn’t understand that the vein throbbing in my forehead, is a countdown timer to my brain exploding.

It doesn’t matter how many times I politely excuse myself from the conversation, because he just won’t quit talking to me.

I have to literally tell him something like, you need to stop talking to me because I do not want to hear about video games right now.

I know it sounds mean, but I don’t know that Gavin ever gets his feelings hurt. He doesn’t process things like that. Frankly, even being that blunt doesn’t always work. It’s not uncommon for him to simply follow me around the house, talking away, completely oblivious to the fact that I’ve stopped listening in order to preserve my sanity.

It was one those days where either he was talking too much, or I was lacking my usual level of patience. I don’t know which it was, but I do know that it was exhausting.

Part of the reason it’s so exhausting for me is because I know it’s not his fault. I know he’s not trying to drive me crazy, and so I use every last drop of patience to keep myself centered enough to not lose my cool. It’s exhausting beyond words.

It would be much easier to scream and yell, because I can’t take anymore, but it’s not his fault.

Exercising patience on this level, should count as a workout because it’s fucking exhausting. In fact, it’s more exhausting than actually working out sometimes.