Jamming pencils in my ears

We spent a couple hours with my grandpa this afternoon. Rather than Gavin going straight to the TV, I had him sit in the living room with us and hang out.

That was an experience… ☺

Gavin has never avoided conversations with people, and that’s a good thing. The problem is that he’s not gifted in the ways of two-way conversations.. More often than not, Gavin will only want to talk about his video games, and will simply change the subject from whatever is being discussed.

He didn’t do that too much today, and I’m proud of him.

What he did was hear a keyword and then interrupt with some random story about whatever that keyword was. For example, we were talking about the massive snake issues in Florida, where my grandpa used to have a second house.

Gavin would interject that anacondas are the only snake he knows about that live in rivers.

We were talking about snakes, but what Gavin said have nothing to do with what we were actually talking about. While I am impressed by his attempts to participate in the conversation, it got really awkward.

At one point we were talking about how the dog had gotten into some cake from my parents reception, and ate all of it. We talked about how she’s probably going to have diarrhea as a result. It was sort of a joke cause my grandpa wasn’t looking forward to cleaning it up..

Gavin decided he was going to talk about diarrhea, and while I’ll spare you the gory details, it’s safe to assume things got really awkward after that..

This is something we have always worked on with Gavin, and while his desire is there, he’s never really made much progress in conversational skills.

At this point, we will stick to practicing with family, because if it was this awkward now, just imagine what it would be like in the public arena. I’ve been there already, for a few really uncomfortable, really awkward conversations he’s had in public.. Awkward…… Just awkward..

Feel like sharing some of the awkward conversations you’ve experienced as an Autism parent, or maybe you’ve had as a person with Autism? Leave it in the comments below.. ☺ 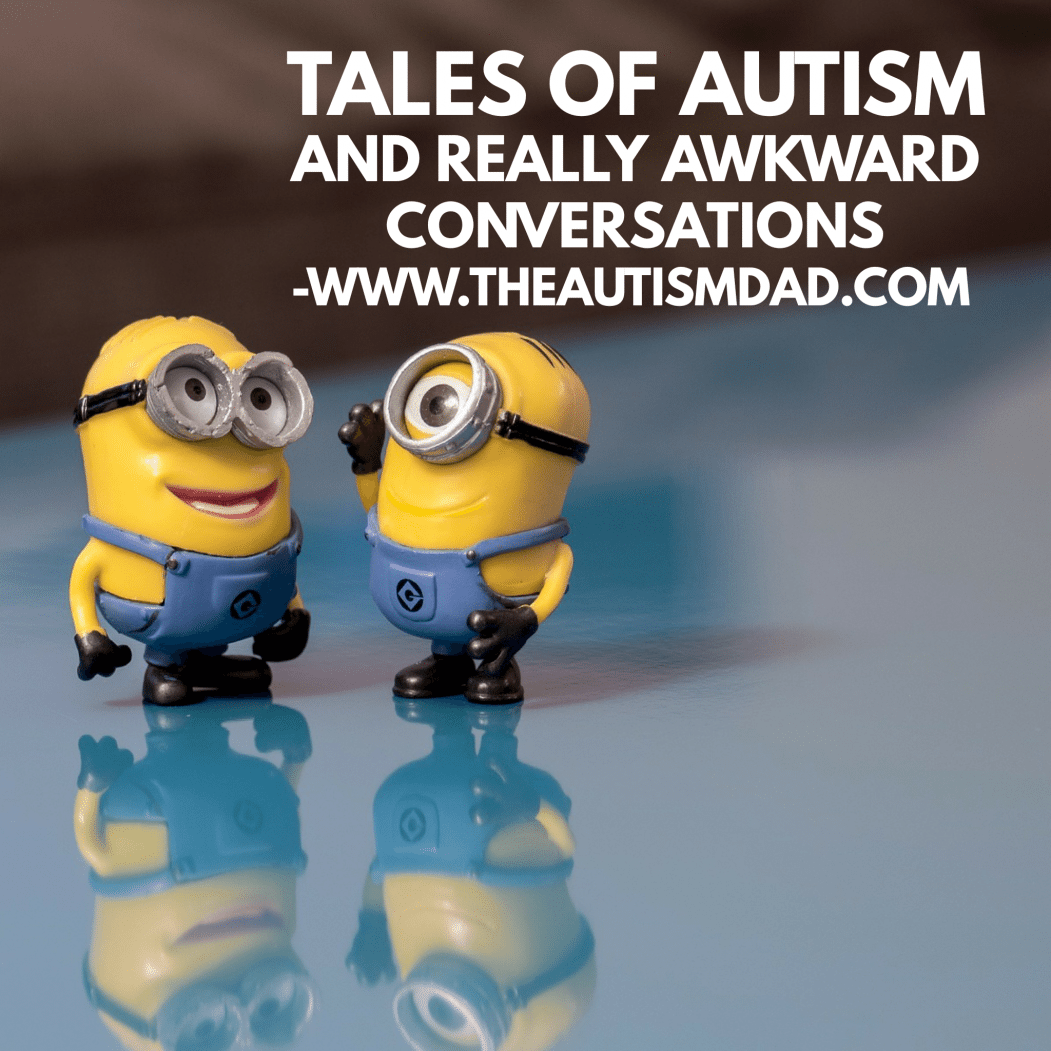 What’s the most awkward conversation you’ve been a part of?

What’s the most awkward conversation you’ve been a part of?