A chaotic last day of school -

This a teachable moment for #Autism parents

A chaotic last day of school


Yesterday was the last day of school, and it was a bit chaotic in the morning. I was up with Elliott all night, as he was sick and didn’t want to be alone. I was fairly sure he wasn’t going to be present on his last day of school.

Emmett on the other hand, should have been okay to go.

Both boys were under the weather, and clearly not in a place to go to school. I said fuck it, it’s summer break a day early. Of course, I said that to myself, and not outloud…☺

I went to bed as soon as Lizze was up, because I hadn’t yet been able to get any sleep.

When I woke up, a few things had changed.

For starters, Emmett felt better and desperately wanted to go to school. Lizze got him to school, while Elliott and I were napping. Gavin was sleeping off his morning medications, and was out for quite some time as well.

As the morning went on, Elliott began to feel better, but not better enough to go to school. He rested for most of the day, and seems to be doing fine now.

Shortly after lunch, Gavin and I hit the grocery store. I actually spoke about that in the previous post. ☺

I was then to the school by 2 PM, and waited for Emmett to finish up his last day. I made good use of the time and scheduled some doctors appointments that needed scheduled.

Emmett was dismissed early, and both his and Elliott’s teachers came out to say goodbye for the summer.

Turns out Emmett had a great day and even wore socks. There was a bouncy house in the parking lot, but you had to have socks on to bounce. Emmett did a lot of bouncing, and I’m so proud of him for wearing socks. This is the first time in at least a year, that’s he’s worn socks.

It was a great day by all accounts. It wasn’t easy, but I smiled most of the day, and that’s always a good thing. ☺ 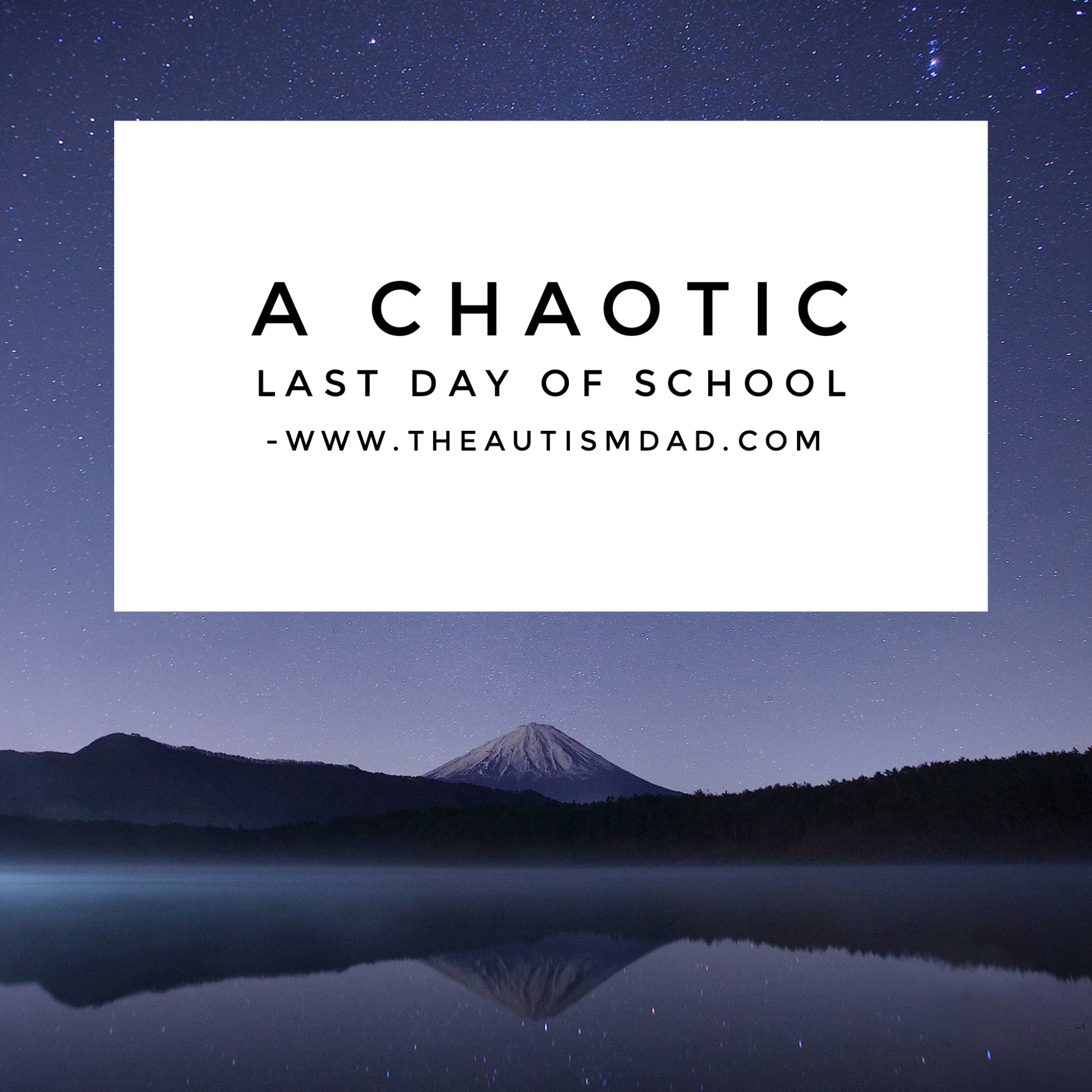