Why I hate #meltdowns -

Our summer is NOT getting off in the right foot

This was really weird and here’s why

Why I hate #meltdowns

My God, it’s been one meltdown after another today, and I’m trying to put into words what that does to me as a parent. 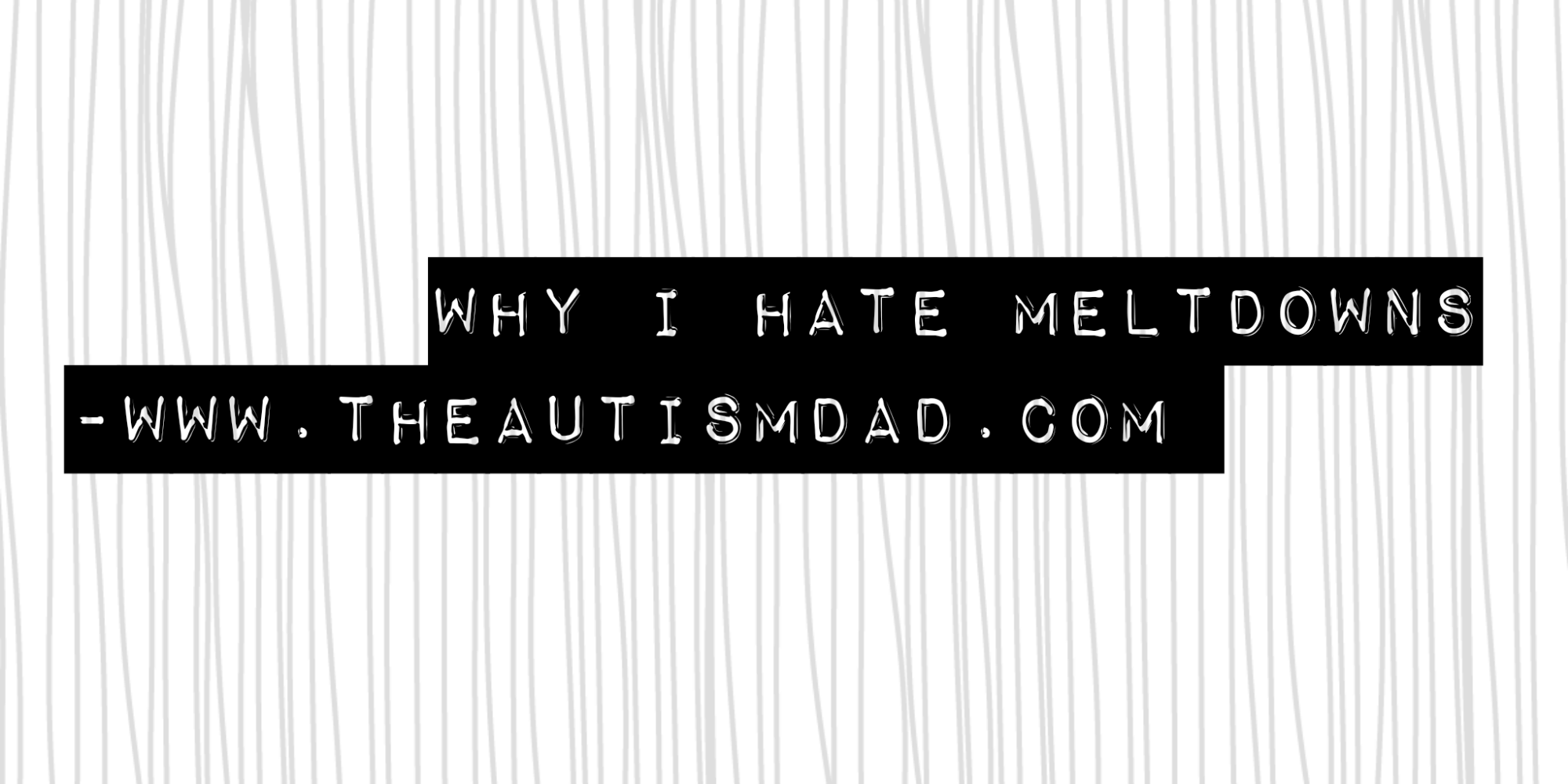 I understand meltdowns, and I know that they are outside of a person’s control. My kids are no exception to that rule. They don’t have meltdowns because it’s fun for them to experience one. They have them because their bodies reach a point where there’s no choice but to purge.

Meltdowns aren’t fun for anyone, especially the person having them.

With all that said, I think it’s so important that we not discount what a parent or caregiver experiences during a meltdown.

Those are the polar extremes. There’s a million other things that can happen somewhere in between those poles.

I know that both my wife and I have been injured during meltdowns over the years. It’s mostly that we ended up collateral damage. We’ve been very lucky in this regard, because it’s only happened a handful of times over the fourteen years we’ve been acquainted with meltdowns.

What does happen all the time is an increased level of stress, as a result experiencing a meltdown with my kids.

It’s stressful for a number of reasons, but two really impact me personally.

The first is the stress I feel because my child having the meltdown, is very much in distress. I want to fix it. I want to take away their pain, and I can’t. That’s hugely upsetting for me, because I have that irrational belief that a father should always be able to help their kids.

Sometimes all I can do is weather the storm and be there when it’s over.

The other really stressful part for me is the blood curdling screams. Meltdowns can last anywhere from a few minutes to a few hours. That time is often filled with the kind of screaming that I can’t get out of my head. Tuning it out is nearly impossible, at least for me.

I know that the screaming isn’t necessarily directed at me, but those shrill, high pitched sound waves assault me anyways. Before Autism, I didn’t know that sound could take some much out of a person, but I certainly do now.

Over time, meltdowns can really take a toll on a parent. It’s one of those things that is so hard to get the world at large to understand. It’s also one of the reasons that I avoid anything that has been known to trigger a meltdown in the past. I avoid those things like the fucking plague.

I’m a mom with three boys with Autism. My eldest is 5 and my twins are 4. I understand. My twins also have a microdeletion and there are days that after the meltdowns, and everything else. I feel just like you do. It’s nice not to be alone.

Well put. I know my 6-year-old son doesn’t want to hurt me, but he does with his screams and I feel like I have to suppress a fight-or-flight-like instinct. I have autistic traits as well, and am much more sensitive to such noise than my wife. What helps in your case? At times all I can do is put him in his room, close the door and wait for it to pass. I then have a calm conversation with him where we go through whatever problem together and sometimes can even laugh about it.

Hello. Meltdowns are rough. Aside from preventing them, I think making sure your child is in a safe space to experience the meltdown is important. It’s also good that you recognize your personal limits as well. You’re only human and sometimes you need to step back. I applaud your ability to do that cause not everyone can.

Long term though, helping your child build the skill needed to avoid them altogether is definitely the way to go. Check out theautismdad.com/mightier. It’s the absolute best thing I’ve found when it comes to meltdowns. ☺

thabk you for writing this blog it helps reading the struggles as i know im not the only one going through it,

You’re welcome. Glad to meet you… ☺

thabk you for writing this blog it helps reading the struggles as i know im not the only one going through it,

You’re welcome. Glad to meet you… ☺