New concerns with Gavin's health have us worried -

We had a heartbreaking start to the day

We are facing a tough decision – What would you do?

New concerns with Gavin’s health have us worried


We’re heading into a rough weekend. I need to catch you up on a few things I didn’t get around to yesterday.

The most concerning issue at the moment is that Gavin wasn’t feeling well while at his Grandma’s house, and ended up vomiting. The question is whether or not he’s actually sick. I tend to think he isn’t sick, and here’s why.

Gavin will over-eat if he’s not very closely monitored. I suspect that he ate too much and ended up with a tummy ache.

Historically, if Gavin even thinks he’s going to vomit, he’ll get himself all worked up, and end up vomiting, even if he didn’t need to. He gets it stuck in his head and inadvertently ends up making himself vomit. We’ve seen this countless times.

Having said that, there’s no way to know for sure if the above is correct, or if he’s actually sick.

There’s a big problem regardless of the reason he vomited.

If he ever vomits, he’s at a much higher risk of slipping into another autonomic crisis. The reasons aren’t really known, but it likely has to do with stress and dehydration. We’re currently making sure he’s at least not dehydrated.

Unfortunately, while Gavin’s memory is very poor, he does remember all the times he’s been in a crisis and is freaked out, because he’s afraid it’s going to happen again. 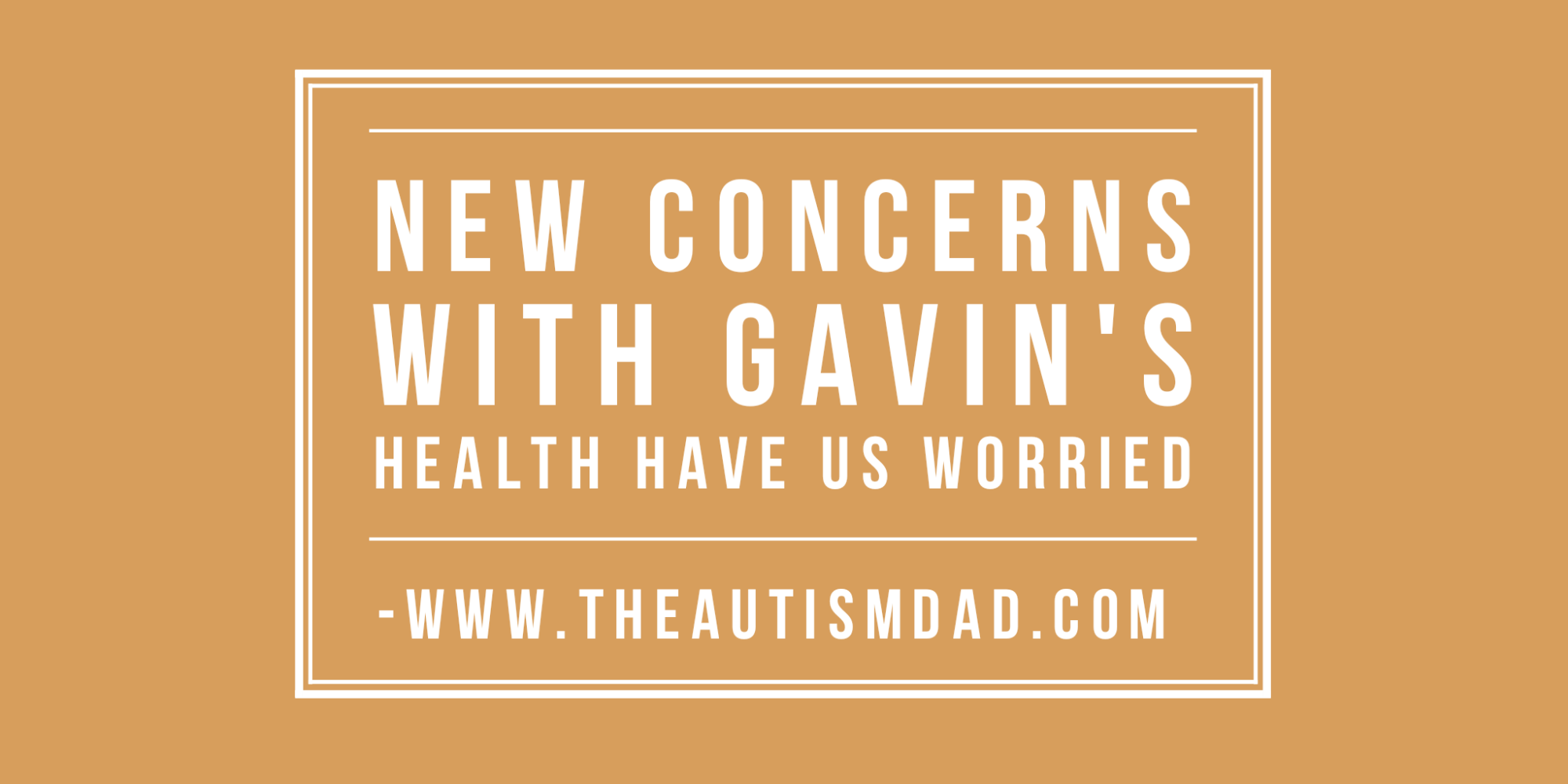 For all intents and purposes, he’s physically doing fine. The vomiting was likely a one time thing, because he ate too much.

Having said that, something else has come to light, and we’re going to have to get him tested for. That something else is Gastroparesis. We only recently learned that Lizze had this, and so it never came up with Gavin. The problem is, Gavin has very similar symptoms.

Apparently, when he vomited yesterday, it was a great deal of what he’d had the day before. That food should have made it through his system, long before that point. Since it clearly hadn’t, that’s very likely the cause of his nausea.

We have to get Gavin into his Gastroenterologist ASAP. If it does turn out that he has Gastroparesis, we’re going to have to make some major changes to his diet. While Gastroparesis isn’t life threatening by itself, it could trigger life threatening issues when combined with Gavin’s autonomic disorder.

This would explain why Gavin is frequently complaining of being nauseated. Lizze says that her issues began about roughly the same age, give or take.

Gavin did get his IVIG infusion on time. If he was or is getting sick, that will help to stomp it out.

He’s sleeping a lot today so far and that could be he’s just tired, or that he even had a mini-crisis, and is recovering. He does have mini-crises, but they usually resolve by taking a nap. We haven’t had anything serious in a very long time, and we’d like to keep it that way.