I plan for the worst and hope for the best  -

Please keep Elliott in your thoughts

A MAJOR change this week

I plan for the worst and hope for the best


Shortly before bed, Emmett began not feeling well. His tummy was upset, and he felt like he was going to puke. At the same time Elliott, who had been feeling the same for the second half of the day, was slowly beginning to feel better.

Emmett’s currently sleeping right now, but I fully expect him to struggle throughout the night.

I’m not taking a negative approach to this, despite how my above statement sounds. I simply prefer to deal with reality, and the reality is that when Emmett doesn’t feel well, he wants to be glued to me at night.

I have learned to plan for the worst-case scenario while hoping for the best. It’s served us well over the years and limits life’s ability to catch us off guard. ☺ 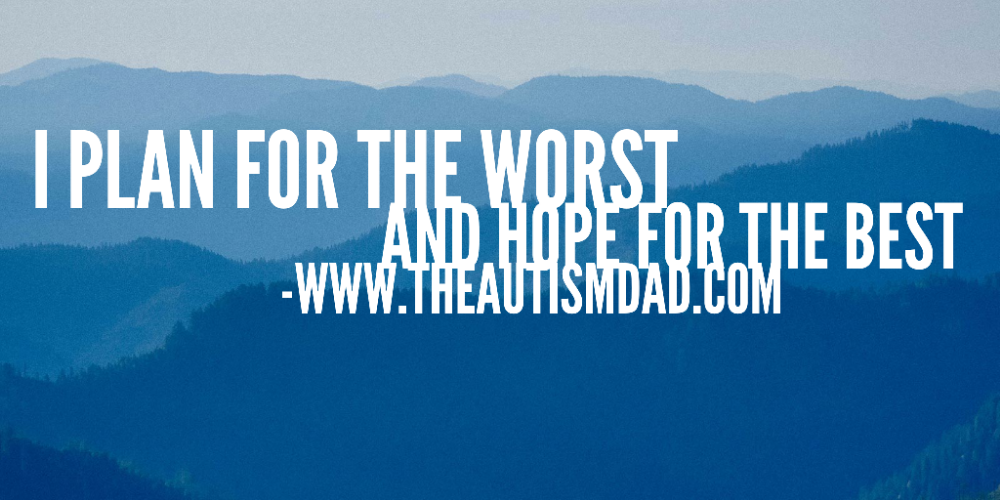 A friend said this today. She is wise.

My motto in life for everything. I’m always pleasantly surprised when things go well, but not so he… https://t.co/ClOAafXwbF

My motto in life for everything. I’m always pleasantly surprised when things go well, but not so he… https://t.co/ClOAafXwbF

Rob Gorski
Reply to  A. Carlson

A friend said this today. She is wise.