My oldest son with #Autism is really trying my patience -

I’m hoping for a good day all around

Do You Know What iPads Could Do For Your Family?

My oldest son with #Autism is really trying my patience

I’m not going to mince words here. Gavin is driving me crazy and there’s no end in sight. He’s eighteen years old on the outside and about six years old on the inside. This large age gap between his emotional age and his chronological age has always been problematic. As he gets older, it’s becoming more obvious and increasingly frustrating.

Gavin’s a great kid. He loves his family to the best of his ability, always looking to help around the house and he never gives up or complains about his lot in life. I’ve raised him as my own since he was about fifteen months old and I see him no differently than I do Elliott or Emmett.

Unfortunately, it’s getting harder and harder to overlook some of the behaviors that we’re seeing.

Just this afternoon, I had to correct something that Gavin did so he understood why it was a problem and possibly learn from it.

I had asked Gavin to change the trash in the bathroom. He’s capable of that and generally speaking, he does a good job. Today however, he made a simple mistake but one that needed addressed. 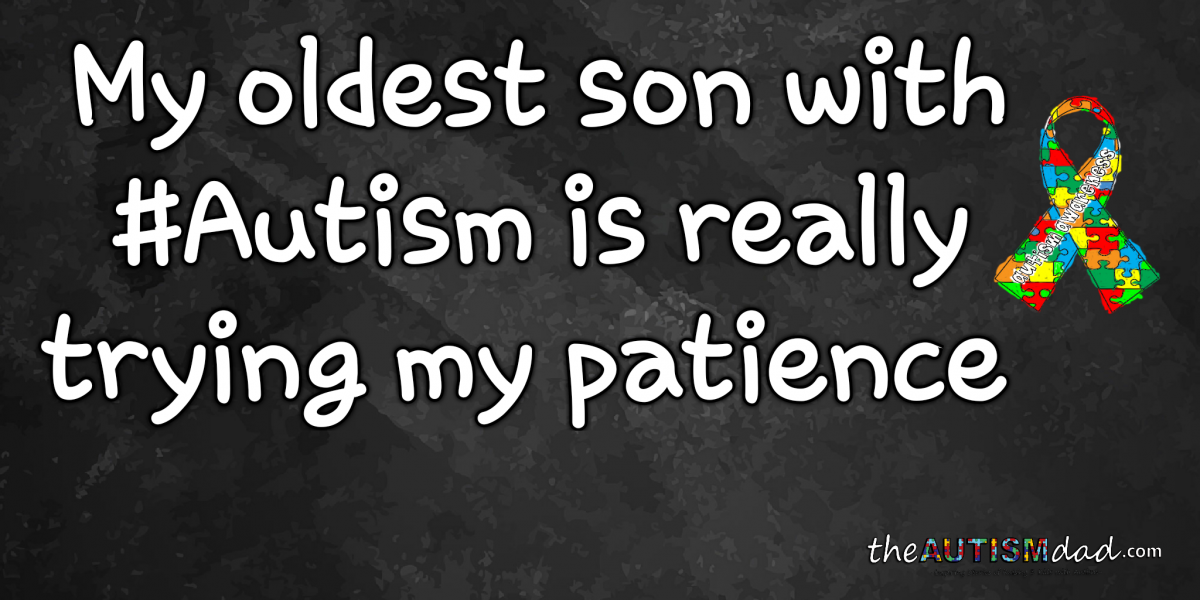 He pulled some things out of the trash that didn’t belong in the trash and set them on the counter. He then picked of a tissue box that had been knocked over and landed behind toilet, placing it on top of one of the boys toothbrushes.

If you’re asking why these things are problems, I remind you that we live in a house that’s mostly male. Things sometimes get peed on in the middle of the night when they get up to use the bathroom. These items were dirty and placing them on the clean counter simply was unsanitary. Putting the tissue box on one of the boys toothbrushes was really gross.

I wasn’t mad at him at all. I simply called him into the bathroom and explained why this was a problem. To help him remember, I had him clean the counter top.

Before he addressed the problem, he went back into his room. All of a sudden, I heard these really loud bangs. I went to check on Gavin and he had gotten so angry that he began hitting his metal bed frame. Based on the noise I heard, he must have been hitting it really hard to.

He’s reacting like this to even the most minor of hiccups during his day. Once upon a time, he had issues with managing his anger or frustrations and I’m not looking forward to revisiting these behaviors.

He’s not a little kid on the outside anymore. He’s bigger and stronger now. These rages / meltdowns can be very dangerous and disruptive.