You may think me a bad parent for this.. -

I couldn’t be prouder

You may think me a bad parent for this..


In an effort to try and not internalize this, I’m going to be brutally honest. Gavin is driving me absolutely fucking crazy. I love him. I truly do and I know that for the most part, this isn’t his fault, but holy shit, I’m going to lose what’s left of my mind.

Gavin is a really amazing person and he has so many admirable qualities. He’s kind, helpful, respectful, never gives up, never complains and always has a smile on his face. Gavin is the kind of person who would do anything for anyone, even at his own expense. 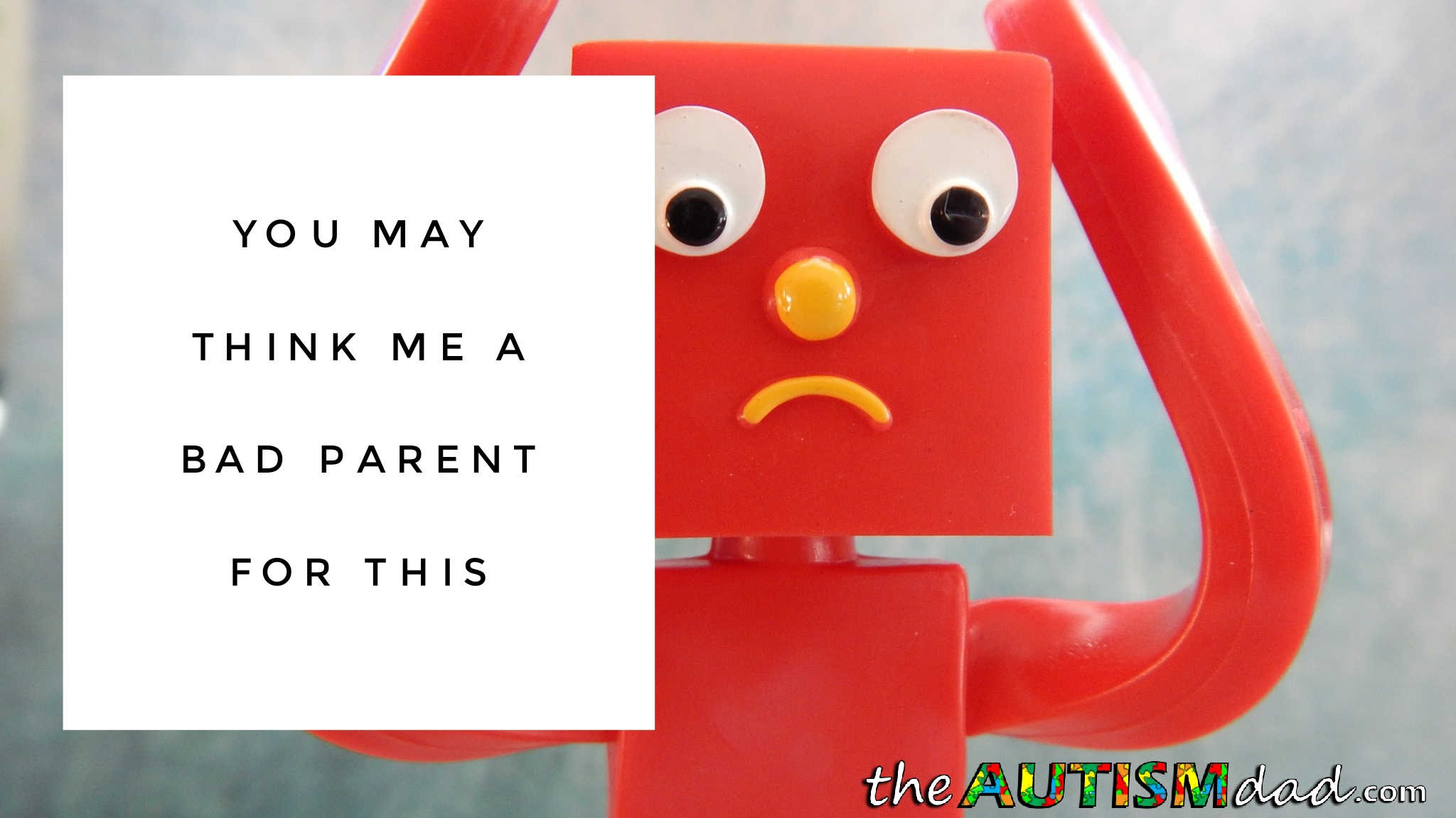 That being said, Gavin is also very difficult to coexist with. He talks incessantly, freaks out over every single mistake he makes, he tries to parent his younger brothers, manipulates and all he thinks/talks about is food or video games.

I’m trying very hard to reduce my overall stress because it’s really bad and there are some things I’m working on in order to accomplish that goal. Things like getting the house organized, trying to write more often, continuing recording podcasts, walking, and trying not to sweat the things I can’t control. Unfortunately, some of those things I can’t control revolve around Gavin and they cause me a great deal of stress.

I don’t know how to reduce the impact that Gavin’s behaviors have on me, both emotionally and physically. The constant talking is probably the among the most impactful. It’s gotten to the point that his voice is something I try to avoid and that’s such an awful thing for a parent to say or do.

This is 100% self-preservation and I can’t really do anything about that. I try to be as patient as I possibly can but my limit is reached rather quickly at times because it’s so overwhelming.

Without going into detail, it was a rough evening. Gavin was narrating his life excessively and we were trying to celebrate Elliott’s birthday. I was simply spent by this point and had to be much more direct in my attempts to get him to stop talking.

I absolutely hate having to be that dieect with him but it’s oftentimes the only thing that works.

Anyway, I’m exhausted and will be going to be before 11 PM. That’s one of the things I’m doing to help me better cope. I don’t know if any of this made any sense or if anyone is able to relate.

At the very least, I needed to vent a little bit. ☺

I don’t think you are looking for a particular advice, but there is no other solution than your grown up son living separately with support and fresh and rested ears of carers to listen to him. When you will have a break and rest from all this it will no longer irritate you and you all will feel happier!

Hey Rob, kids can, at times, be annoying pains in the asses. Admitting it doesn’t make you a bad parent, it makes you human. Sorry you had a challenging evening.

Anyway, are there any options for Gavin to spend at least some time outside your house? Any programs where he could socialize with others? Or get a job for at least a couple of hours a week?

If there was something such as the above possible for and available to him, it could mix up his day, allow him to be productive, and also give you a minimal break (as he finds some else to listen to him a few hours a day lol).

Hey Jimmy. We need to look at some options. There may be some programs that would help him socialize a bit. There might be some complications that could be problematic. It’s just really hard to get this figured out because there’s so much going on and it’s overwhelming. We’ve also talked about having Gavin spend some time each month at his grandparents.

I hear you. It very well might turn out that there’s really not a great fit readily available for Gavin, but I was just curious as to what might be out there and what you’ve explored. Best of luck.

Rob, right now it may seem complicated and overwhelming, but in the long run it would be extremely beneficial for Gavin to expand outside the home, meet new people, increase his social and life skills. Well worth pursuing for him and also for your own sanity.

It may be some work now, but if you can find even a daytime program for Gavin it could be helpful. I know there are programs for the disabled that actually come and pick up their patient. I started to work for one around here but saw it was going to be more physical exertion than I could handle. But the program had all kinds of activities and that would be good for Gavin.

I really, really understand. You’re a great dad. It’s OK to acknowledge that you’re struggling with this.

We had a rough night last night, too. Meltdowns all day, about nothing really. One can lose their p… https://t.co/tGv3tCpkQn

OMG! I remember it SO well. I’m sorry, but I laughed a little bit. Unless you have been there, it’s… https://t.co/INz2BeF4WN

@DadSquad_ Well said and great post! I’ll be a new podcast listener after worn on the way home!

It doesn’t make you a bad parent at all.. You’re a human being too and we all have been there. All the best