We had such a good time tonight


Gavin’s not feeling so well. It began last night with him overeating at the cookout. Gavin has never been one with a functional ability to self-regulate. As an example, he doesn’t ever really feel full when he eats. What happens is he will eat too much and end up making himself sick. He’s been doing better over the last few years because we’ve been trying to create habits for him to help compensate for what his brain doesn’t do correctly on its own.

Unfortunately, we still have times where Gavin will eat and eat and eat, until he makes himself sick. Last night was a perfect example.

When we’re at home, it’s much easier to monitor what he eats but when we’re somewhere else, it’s much more challenging. We dropped the ball last night and didn’t keep a close enough eye on Mr. Gavin. When he came home, he wasn’t feeling well, likely because he over-ate. 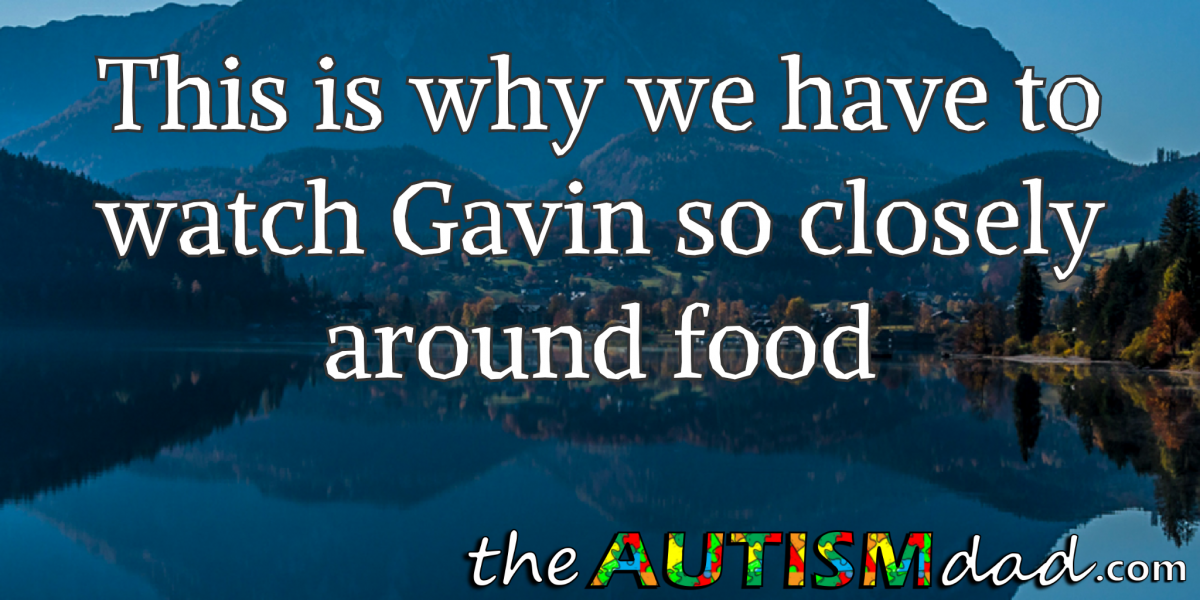 He went to bed with a tummy-ache and reflux. We did what we could for him but aside from giving everything he ate back, ie puking, it was going to take time.

This morning, he’s still struggling with reflux but he does seem to be feeling better.

One of the reasons this is such a problem is because he very likely has Gastroparesis. That means food stays in his stomach for way too long before finally making its why through his system. This is what Lizze has and it’s why she’s always feeling sick. Gavin is going to be tested for this soon but even if he’s actually diagnosed, it’s not going to change anything because there’s not cure or practical treatment. It all revolves around controlling what he eats and avoiding certain, harder to digest foods.

I’d like to think that he learned a lesson last night but I doubt it. Unfortunately, Gavin has never really been one to learn from his mistakes. This isn’t because he doesn’t want to, or doesn’t try, it’s more to do with a lack of capacity.

We’re going to have to take things easy on him today so he can work through this. Time is the only thing that’s going to really help resolve this particular episode.

Is it totally forbidden for him to take an acid reliever, like omeprazole? I have acid reflux and finally got it as part of my medicine protocol. But I’ve suffered for a long time and got sick of it.

Yeah, he can have tums and he’s on an antacid. The problem is that food stays too long in his stomach and there isn’t anything we can do.