I took the boys and the dog on a hike today

Schizophrenia in Real-Life: How we’re addressing the voices


I wanted to talk about something that’s becoming an issue and will likely only continue to be an issue going forward. I should probably clarify that when I say issue, I’m referring to more of a challenge we’re facing.

When Gavin was little, it was pretty easy to miss the fact that he was different than most other kids. I don’t mean different in a bad way either, just different.

Gavin stopped emotionally maturing about the age of six or seven. Until that point in time, his chronological and emotional ages stacked up nicely. Unfortunately, as he’s grown up physically, he’s never caught up emotionally and so we have a Gavin that has the body of an eighteen year old but the mind of a six year old.

The problem is really on our part as his parents because it’s become more and more frustrating to deal with the behavioral issues as he ages. When he was younger, it was easier to reconcile things because his body still matched up to his behaviors. That simply isn’t the case anymore and it gets frustrating.

If Gavin gets even slightly upset, he makes a scene. He yells at himself, contorts his body and will often self-injure as well. 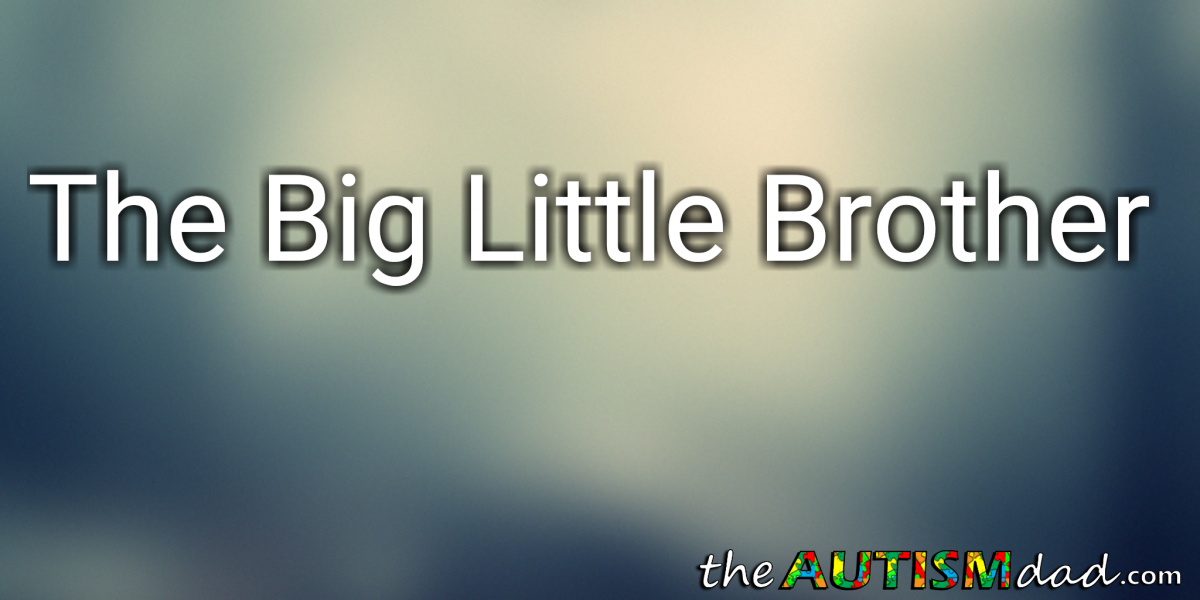 The problem isn’t even that he’s bigger and stronger, although that is actually an issue as well. The problem is that he looks like an adult on the outside but inside he’s the youngest in the house. It’s not always easy to remember that and when he has behavioral issues, it’s much easier to become frustrated with him now.

I’m not sure if that makes sense.

Back in the Lost and Tired days, I used to refer to him as the big little brother. That’s even more true today.

If this Gavin’s fault? Absolutely not.

Does that make any of this easier to cope with? Absolutely not.

Honestly, it’s quite overwhelming having an eighteen year old, who has the mental/emotional capacity of someone less than half his age in the house. It’s only going to get worse over time because he will continue to age chronologically and the gap between his physical and emotional age will continue to grow.

This is something we have to come to grips with as his parents. We have to find ways of better managing the stress this causes because it isn’t his fault and it’s not going to get better.

This isn’t about accepting and loving him for who he is because we did that many, many years ago. It’s more about our limitations as human beings to cope with very difficult situations. We have to remember, especially in the heat of the moment, that he’s so much younger on the inside than he is on the outside.