Why his lack of awareness creates problems -

It’s been a great morning, even though it’s a Monday

Why his lack of awareness creates problems

Gavin is struggling a bit more than usual today. He’s never really been acutely aware of what’s going on around him but he’s absolutely oblivious right now. I don’t know that there’s anything going on today that’s really out of the ordinary. There’s nothing external to Gavin that seems to be causing him any distress or anything like that.

It’s important to understand that Gavin’s not even aware that he’s doing anything problematic because he’s not doing any of this on purpose. He’s just being himself and going right along with his day.

The problem that his lack of awareness means we have to be ever vigilant. I was boiling water on the stove this afternoon and had to make sure that Gavin didn’t touch or bump into the pot as a result of not paying attention. It’s things like this that are just exhausting because it’s all day every day.

This is just one or the many reasons why we can never leave him home alone, not even at eighteen years of age. 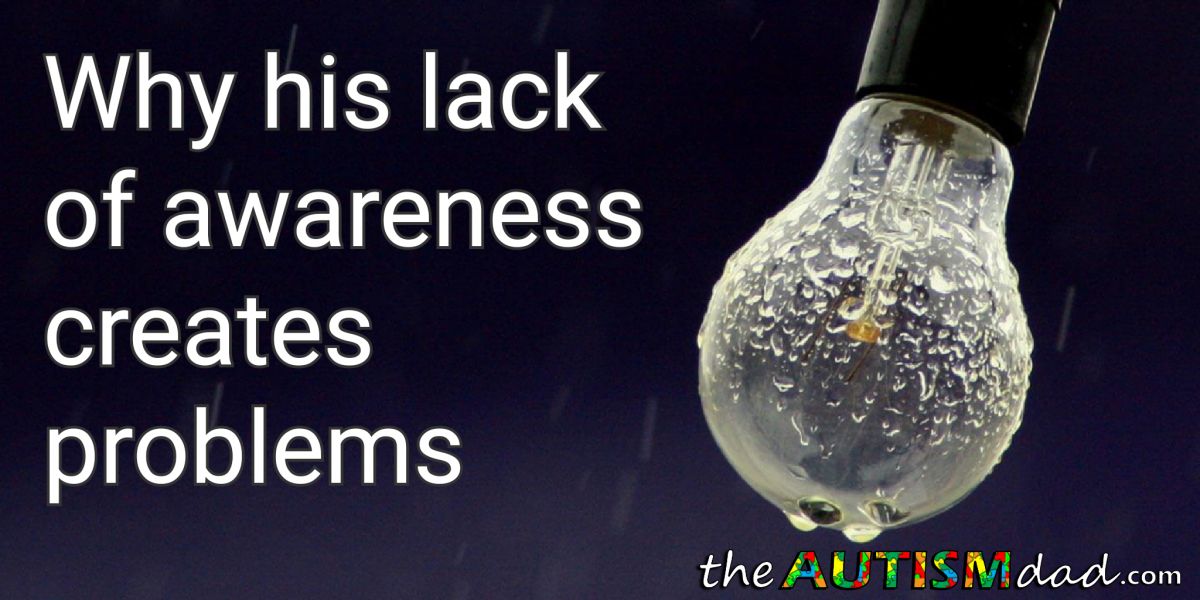