Worst Day Ever – Maggots, ice and a basement full of sewage

This is going to be a fricking nightmare. It already is.

Gavin has begun the pre-op cleanse if you will. If that wasn’t bad enough, he’s not allowed to eat anything for at least the next 28 hours.

For most people, a 28 hour fast would be very difficult. Gavin however, isn’t most people. His life revolves around two things, his tablet and food.

Food is such a huge thing for him and he becomes very unpleasant to be around when any of his meals are perceived to be late. To say that Gavin is food motivated would be an enormous understatement. He already ate breakfast before we could get to him this morning but the hospital said it was okay, as long as he eats nothing else.

To make things even worse, he’s going to see everyone else around him eating and he’s not going to understand.

I’m a little surprised that his procedure is at noon tomorrow. Typically, they try to get kids in right away because of the not eating thing. Gavin’s no longer a kid on the outside but he is absolutely a child on the inside. Maybe this was the only time slot available or perhaps there were actual kids who needed in sooner. I get it and I’m not upset. It’s just one more complication that Childhood Disintegrative Disorder adds to our lives. 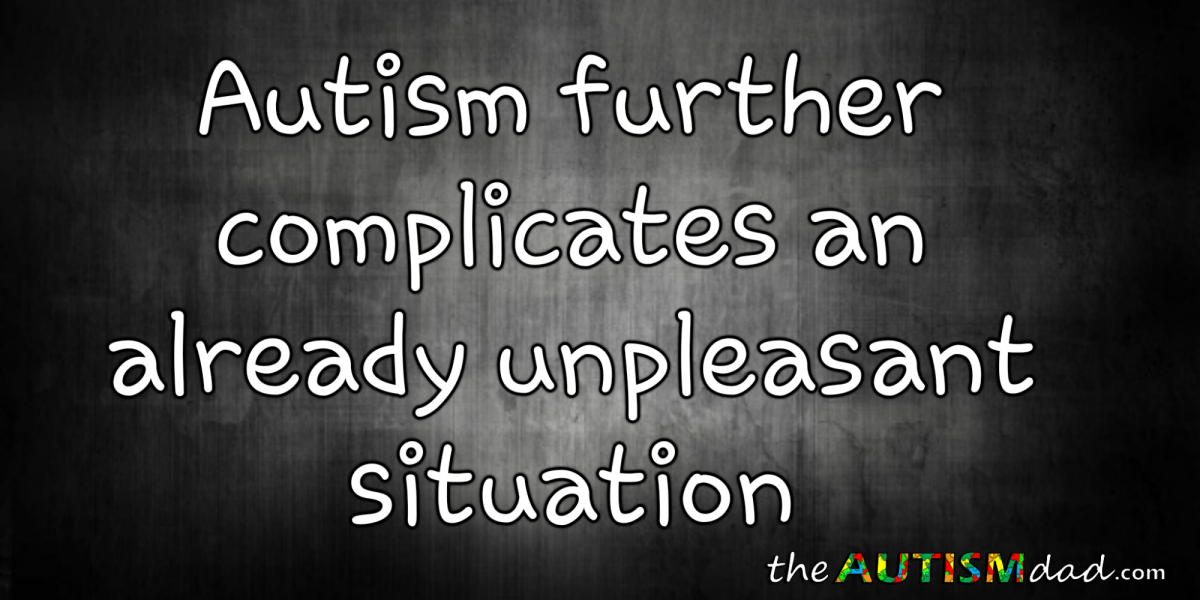 Gavin’s going to be miserable, all the way around.

I don’t know if he’d try to sneak food but we can’t take any chances. We’re going to have to watch him like a hawk. Thankfully, we can take advantage of our SmartHome tech to monitor his movements and make sure he doesn’t get into anything thing that will interfere with his procedures tomorrow.

We have a few Ping Cameras as part of our Smart Home system provided by Vivint Gives Back. They’re super portable and I can place them in strategic places to help ensure we know where Gavin is and what he’s doing, without having to sit on top of him.

When you have a kid like Gavin, you have to keep a close eye on him/her for a million reasons. One of the things we absolutely hate is the idea of having to sit on top of him or his brothers, in order to ensure their safety. Being able to give them their space and monitor through cameras when necessary, just feels better to us. This is one of those times where the cameras really make a significant difference and provide us with options we wouldn’t have otherwise.

I don’t think that Gavin comprehends the procedures he’s having done or why they are necessary, in fact, I know he doesn’t. He’s worried about the IV and has been since he first learned about it. That’s his main worry at this point. He’s oblivious to the rest. Perhaps that’s a blessing in disguise.

He’s had a rough go at things this morning and maybe it’s just him or maybe part of it is that he’s preoccupied about having to get an IV tomorrow. His IVIG infusion was a challenge this morning because he’s already so flustered that he’s freaking out over everything.

It’s very frustrating for me as a parent because in the moment, I sometimes lose sight of things and simply see Gavin as a grownup, acting like a child. That’s on me and I have to do better because while Gavin’s body is grownup, the rest of him is still very much a child.

Nothing about this is easy to understand, let alone deal with on a daily basis.

On a side note, I want to thank Lizze’s parents for taking Elliott and Emmett overnight tonight. These guys are going to have to eat and doing so in front of Gavin is not going to go over well. We also only have one bathroom and Gavin will likely be a semi-permanent resident of it today.

The boys can be at their Grandparents while we help Gavin through this with as little complication as possible. Both sets of grandparents have been amazing and helped out with the boys while we’re dealing with Gavin. Thank you…

At this point, I simply want to make it through the day but I have a feeling it’s going to be one of those minute by minute kinda things.

Oh no! I didn’t realize that Gavin’s procedures were tomorrow. I hope you got the sewage in the basement taken care of!

Yes we did. It was horrible and there’s still a bit of work to be done but they snaked over 110 feet of drain. I sanitized the basement with bleach. Rinsed it a few times and then used Pinesol…

What ended up being the problem? Roots in the line?

We don’t know. They had to snake out over 110 feet of drain tile. Whatever it was got pushed through and not pulled out, if that makes sense. Typically, it’s been roots though.