I meant to share this eariler but frankly, it still isn’t finalized and nothing has actually changed yet. That said, I finally heard back from Gavin’s immunologist about the issues with his GAMMAGARD. They hadn’t reached out because they were still trying to get everything approved.

The got everything approved but insurance screwed up and approved the wrong pharmacy.

You can’t get these things at just any pharmacy. The pharmacy has to agree to certain terms and there’s a lot of red tape. 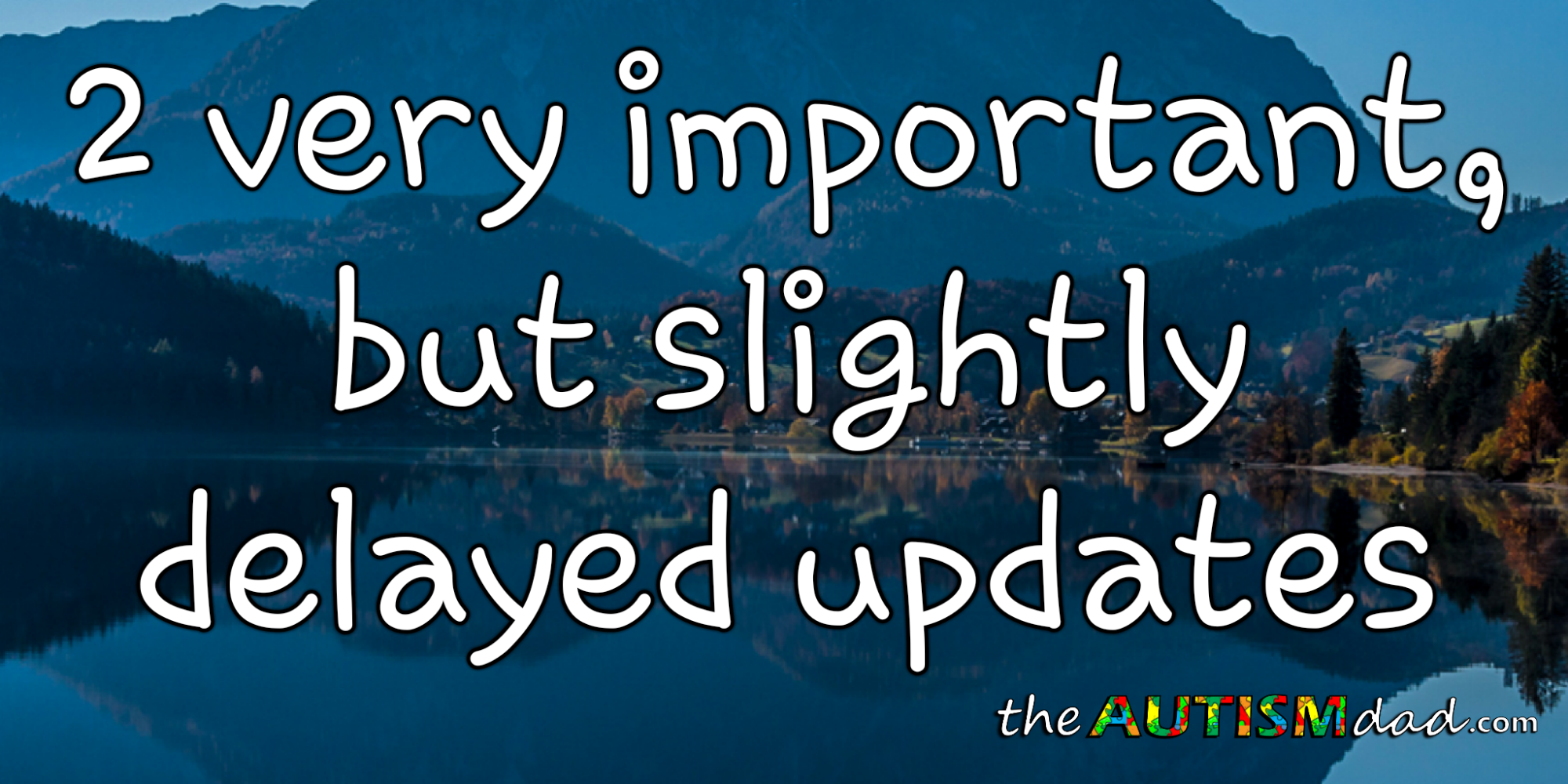 Approving the wrong pharmacy doesn’t do us any good because everything is at our pharmacy. I don’t know if that makes sense. Basically, insurance made a mistake and the doctor has not be able to reach them to get it fixed. Calls aren’t being returned, at least as of Monday.

They are going to call me as soon as this gets fixed and I haven’t heard back yet, so nothing has been fixed.

So you see, it’s progress without progress. At least we know the meds are approved. That’s something, but at the same time, that knowledge alone isn’t giving Gavin his immune system back.

Update number two centers around the issues with Clozapine. It’s been about a week on the lower dose and we haven’t seen changes in either direction, meaning he’s still very lethargic but at the same time, the decreased dose doesn’t seem to be making his Schizophrenic symptoms worse either.

That opens to the door to maybe we can further reduce the dose? I honestly don’t know if that’s good news, bad news or just news.

I’m hoping to hear more about the IVIG Infusions stuff today, and if I do, I’ll pass it along.

I’m amazed you’re even part sane with your medical system and the hoops you have to go through. It’s mind boggling. Sorry I know this doesn’t help, I’m just shocked at how ridiculous the system seems to be.

You’re in Australia right? Our healthcare system is a nightmare sometimes. It’s the best in the world but it’s not doing anyone any good if we can’t access it.

Yes I am in Australia. Why do you think yours is the best in the world? Genuine question. Most of our medical system is free, apart from dental. We get prescriptions from the medical provider and can choose to fill them. The government subsidise this too. The government has also just introduced the NDIS (National Disability Insurance Scheme) which provides $ for therapies and a whole range of supports. Plus disability payments, carer payments etc. I have to say I’m not mad about governments in general but ours really does offer a lot of supports for the disadvantaged, disabled or low income.

The top hospitals in the world are in the US. Medical advances and things like that. That said, it doesn’t matter at all if people die from cancer because insurance won’t pay for treatment or kids with Autism don’t get the services they need because parents can’t afford it.

I’m not putting your healthcare system down at all. I love your guys approach to many things, like gun control for example.

I stand corrected. I’m not sure it’s talking about quality or affordability or availability. Maybe a combination of all three.

It’s like you are Sisyphus, pushing that rock up the mountain. I use that imagery as my husband is fond of it, and I’ve also felt like Sisyphus. Ugh.

I haven’t thought of it like that but you’re right.

I just found your blog & OMG. The way you describe Gavin is exactly my son. “Like a switch flipped”… https://t.co/pkRZ3YFiKI