What happens when my kid with #Autism makes a mistake?

There have been challenges but we’re surviving

What happens when my kid with #Autism makes a mistake?


Let me tell you something, there are days where Autism just truly sucks. I know it’s taboo to say something like that because whatever but it’s the truth.

This morning the boy’s State ID’s showed up and if you remember the nightmare at the BMV, you know what we went through just getting that done.

Emmett took one look at his and decided he didn’t like his signature not being perfect. He immediately melted down, ran upstairs and barricaded himself in his room. All of this was because of a perceived imperfection in his handwriting. 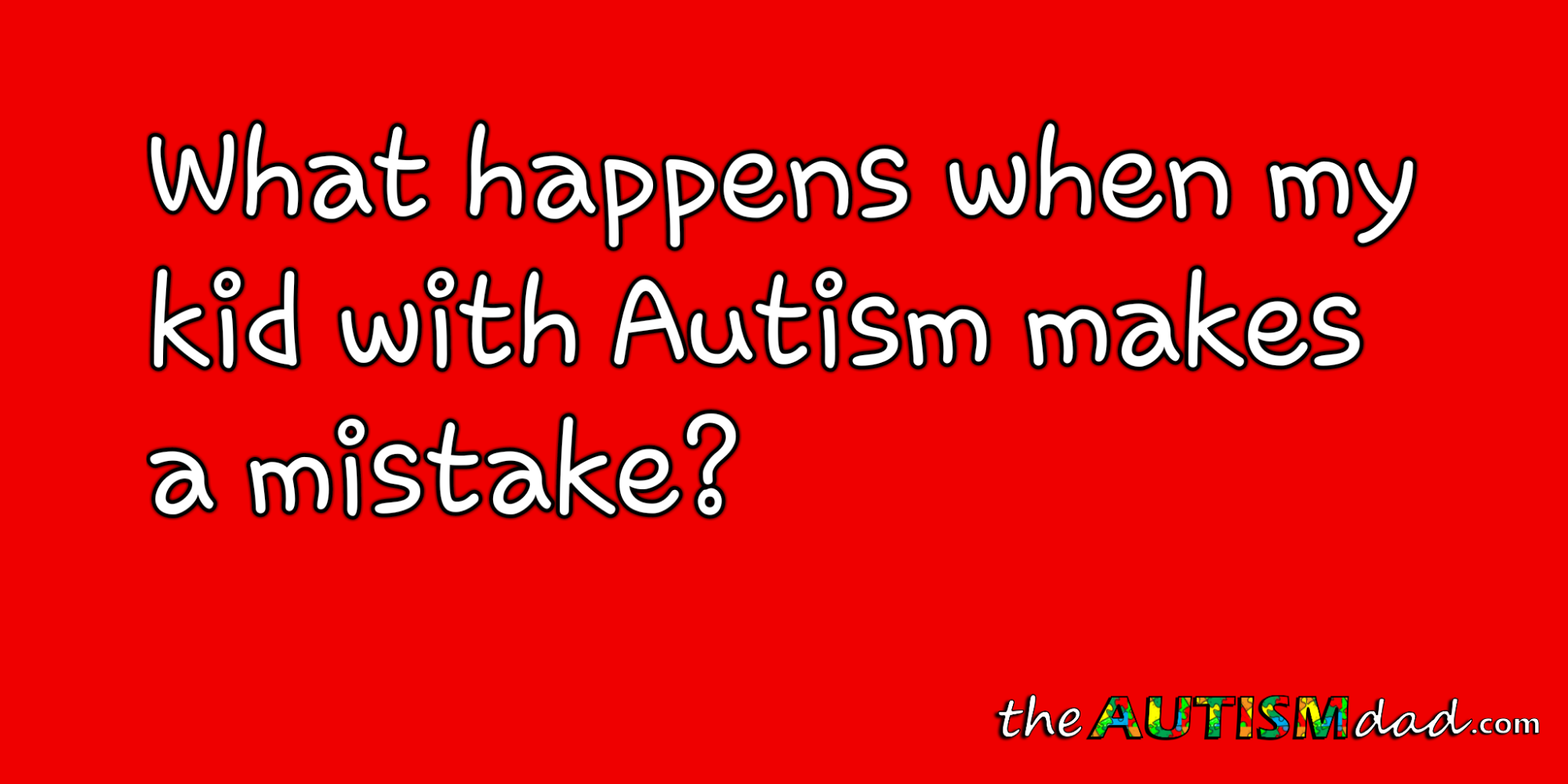 This sensitivity to imperfection is usually associated with Sensory Processing Disorder, which is a common and comorbid diagnoses that goes along with Autism.

It sucks because there is no way to really help him work through this. Everytime he looks at his ID, he’s going to hate the signature, which incidentally, isn’t actually bad at all.

Many people with Autism struggle with the idea of making mistakes or not doing something perfectly. This is a constant struggle for us and has been since Gavin was very young. Elliott is the only one of our three kids with Autism, who doesn’t seem to be particularly impacted by making mistakes or imperfection.

We’re going to work on Emmett being okay with his signature. With any luck, we’ll be able to spin things in a way that shift his perspective enough to allow him to accept things as they are.

You give them a hug and tell them everyone makes mistakes

Hmm. Tell him that almost no one ever looks at the signature on the ID. I worked in retail for years and did not ONCE look at signatures on the ID.

I told him that it wasn’t a big deal but he is going to be upset, every time he sees it. Luckily, he isn’t carrying it around with him and likely won’t see it very often… ☺