So this is what it's come to -

How this #Autism Dad will celebrate his 40th birthday

So this is what it’s come to

There comes a point in everyones life where you to take pause and ask yourself a very important question. How the fuck did we get here?

I had one such moment this morning.

As I was eating breakfast, Gavin comes into the room and begins talking about his poop. He has absolutely no sense of this is horribly inappropriate to talk about while someone is eating. 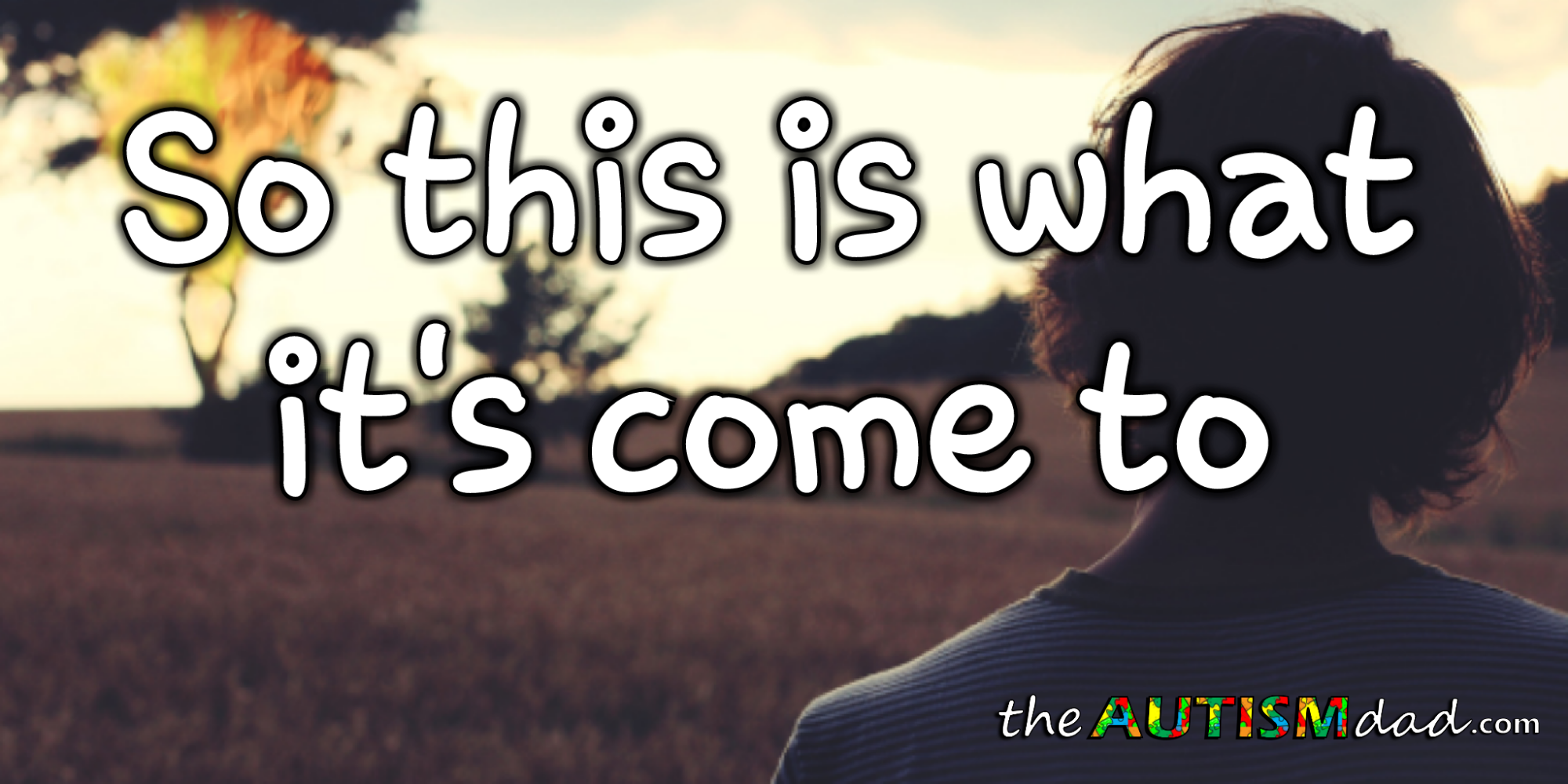 I’m half listening to him and half trying to block him out because all I want to do is eat breakfast. Next thing I know, he’s shoving his tablet in my face because he took a picture of his poop and wanted me to see what it looked like. After I throw up a little in the back of my throat, I said to myself, so this is what it’s come to..

I get what he’s trying to do but he needs to learn that no one wants to discuss his poop, let alone see pictures of it while they’re trying to eat.

There’s nowhere in between with him.

Sorry I had to laugh, I mean you kind of asked for this 🙂

Oh my god I had to laugh at this. I know it’s awful to have to see those pics at all, especially while eating breakfast, but look at the bright side- at least you weren’t eating Taco Bell or curry. 🙂

You know Kim, that’s what I like about you. No matter how crappy things are, you always find the silver lining.. ☺

Sorry, but I had to smile while picturing this lol. I know it’s not funny but…. Would saying to Gavin, Hey bud, I’m eating my breakfast right now , when I’m done then we’ll talk about it and you can even show me the picture, but after I’ve finished eating work?