There are times when I can distance myself from my feelings, focus on facts and remain objective. There are also times like tonight when I can’t and emotions rule the roost.

He’s been the focus of recent family therapy sessions. Emmett is overwhelmed, frustrated and having a hard time coping with whatever’s eating away at him. He’s very reactionary, slow to open up and quick to anger.

We’ve been trying to help him work through whatever this is but it’s not going so well and he doesn’t like to talk about it. 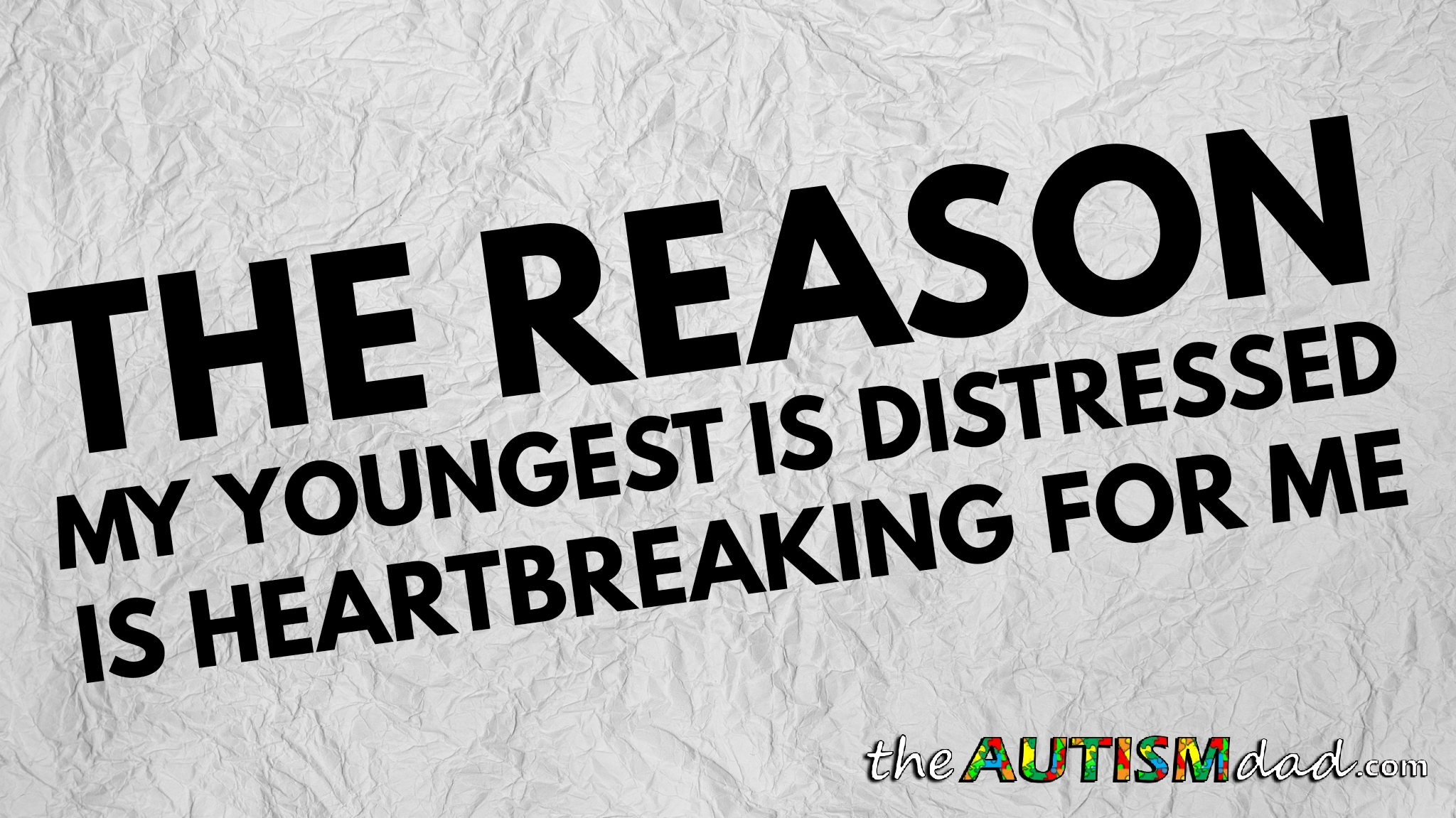 I know that there are a few things bothering him and consuming his resources on a daily basis. There’s probably more than that but at this point in time, I know these are for sure issues.

Emmett’s struggling with Elliott becoming a teenager. He wants to spend every waking moment with Elliott but Elliott is wanting to spend more and more time alone, or he’s no longer into the same things Emmett’s into. This is relatively typical of siblings at this age, but Autism makes it more complicated and messy.

The other thing that’s eating away at Emmett is that he doesn’t want to live here anymore. Frankly, he hates where we live and I don’t blame him. He wants to move to a safer neighborhood and doesn’t understand why we don’t.

Emmett and I visited my Grandmother this afternoon. On the way home, we stopped by the grocery store to pick up a few things we forgot the day before.

The total bill came out to $37 and I could see as we were leaving, he was getting really upset.

When he wouldn’t open up, I told him what I thought was bothering him and I ended up being right.

Emmett is a brilliant kid and very, very advanced for someone his age, but he’s not in the as place emotionally. This makes life harder for him than necessary at times.

The reason he was upset is that I spent money. Whenever I spend money, he panics because he feels that it’s money that could be spent on moving. He doesn’t understand how things work. $37 at the grocery store is not what’s preventing us from escaping. I think he knows that cognitively but emotionally, it’s a different story.

He doesn’t want to tell me about this because he’s afraid it will hurt my feelings. I’ve told him that he’s not hurting my feelings at all and that I don’t want him to keep secrets from me, even if he thinks he protecting my feelings.

Unfortunately, there’s no happy ending to this post, at least yet, because he’s probably going to continue hiding his feelings from me. No matter how hard I keep trying, I haven’t been able to get us out of here…yet..

I opened this post by saying there are times when I can distance myself from my feelings, focus on facts and remain objective. There are times like tonight when I can’t and emotions rule the roost.

Objectively I know that I’m doing everything I can but barring a miracle, I can’t currently resolve our situation. Emotionally, knowing that my inability to better provide for my family is creating this much distress, especially in regards to Emmett, is heartbreaking.

There is no solution right now. I just need to keep Emmett talking and not bottling up his feelings. I’m concerned that this is a large part of his struggles lately and that weighs heavy. 😔

Are there any charities that offer art therapy (or something similar), where the ideas may ’emerge’ rather than needing to be explicit? It seems anyway as though you know him so well that he doesn’t need to say it…You are amazing, Rob.