His #IVIG infusion was a disaster this morning and here's why -

The dangerously high heat is upon us

Remembering to focus on the positive


Gavin’s been having a difficult morning so far. It was IVIG infusion day again (as it is every Monday and Friday), and it did not go well. Lately, Gavin likes Lizze to place the needles in his belly because they don’t often leak when she does it. Lizze and I are both concerned that Gavin isn’t doing his own infusions anymore. It’s imperative that he be able to perform these infusions on his own.

Anyway, Lizze was going to help him as soon as she was done eating, but he either misunderstood or wasn’t listening cause he went off and did it himself.

Unfortunately, both needle placements failed and were leaking. That always pisses him off, and it’s understandable. This means he has to be re-stuck, and that means more pain. He asked me to help him because and I quote, “Mommy won’t help me, and she just gets ticked off when I ask her.”. 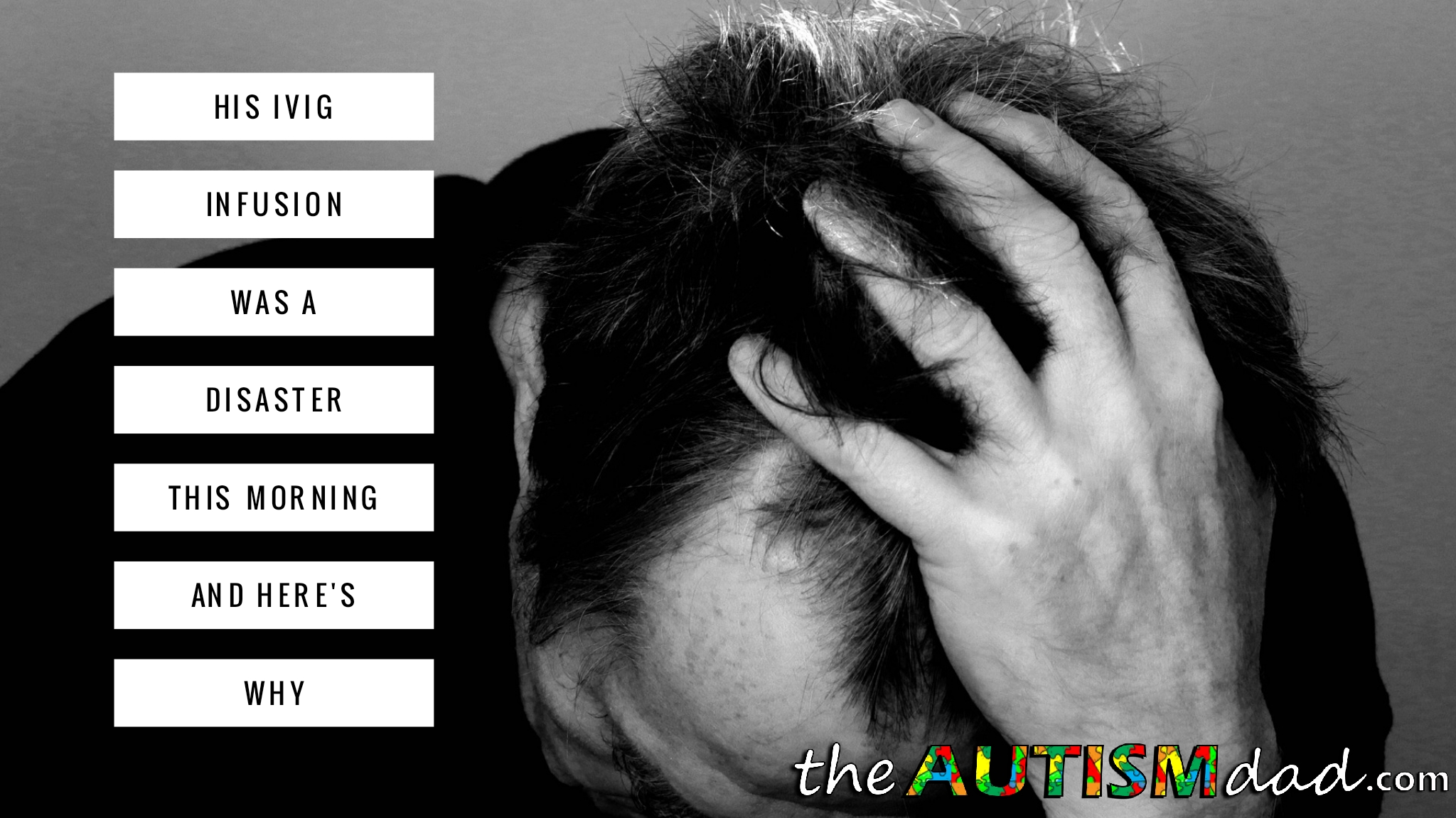 That’s not at all what happened, but that’s what he heard.

Long story short, Lizze stuck him the second time, and his infusion finished without a problem. Unfortunately, he became very upset and frustrated during this process. He essentially said that Lizze was lying about being willing to help him and that just isn’t what happened. He’s expressing himself inaccurately and not recognizing that he’s doing that.

I think in his head he knows what he’s saying but the words or way in which he communicates that message, totally changes how it’s received. In other words, he thinks he is very clear, but no one knows what the fuck he’s talking about or are confused by what he’s saying.

It’s frustrating for everyone, and I don’t know how to address any of this.

Part of it is just the way his brain works, the other part of it is his overall cognitive decline, and his inability to interpret what people mean when they say things. We have to find a way to make this work because it’s too easy for him to fly off the handle right now and that presents a whole other host of safety issues.

This can’t be easy for him, and I can only imagine how frustrated he feels. Nevertheless, the problem remains, and we need to find a solution.