Signs of Undiagnosed #Anxiety in Children with #Autism -

It’s actually been a pretty awesome day so far

Signs of Undiagnosed #Anxiety in Children with #Autism

Anxiety is the single most common mental health disorder in America, and will affect over one third of the population at some point during their lives. In children with Autism Spectrum Disorder (ASD), these numbers are even higher, with some studies estimating as many as 84% of these children also have an anxiety disorder. Often, anxiety may be overlooked in children with Autism because some symptoms of anxiety and ASD overlap, and also because anxiety can present in atypical ways with children on the spectrum. 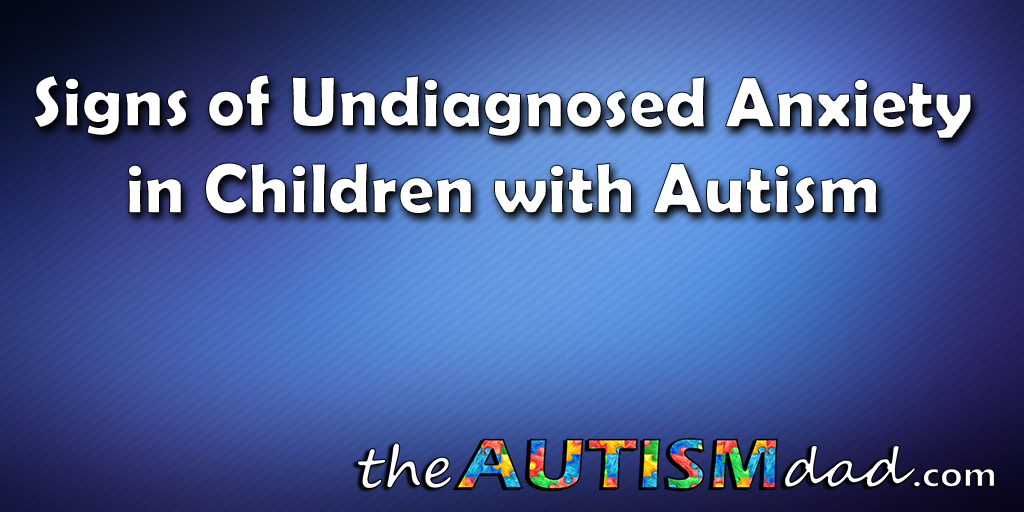 There are several different types of anxiety disorders, and research indicates certain types are more common in children on the spectrum. Specific Phobias (where the child is afraid of a specific situation or object like spiders, small spaces, or loud noises), Obsessive Compulsive Disorder, and Social Anxiety Disorder are most commonly seen in children with ASD, but often go undiagnosed.

If you have or care for a child with Autism, here are 5 signs which may indicate your child is struggling with an anxiety disorder:

When children with Autism have undiagnosed anxiety, they may be missing out on important types of treatment which can vastly help to improve their ability to function and interact with others, as well as their overall quality of life. A specific type of therapy called Cognitive Behavioral Therapy, or “CBT”, has shown in several studies to be an effective treatment for anxiety in children with ASD. If you suspect that your child might be suffering from an anxiety disorder, talk with their doctor or school counselor to ask for a referral for a mental health assessment, particularly to a professional who has a background in working with children with ASD.

Very informative and important information to know. Being the parent of an autistic adult and having dealt with anxiety disorder for thirty plus years, as well as having worked in a group home with young adults with anxiety disorders, this article will be of great use to both parents of autistic persons and also for teachers and others who may not understand the full scope that this is a part of autism.