For those who aren’t aware, Emmett’s been dealing with a rear fever disorder known as PFAPA. I’m gonna let you follow the link and read about it yourself because I’m really tired and only have a few minutes.

It appeared as though Emmett had outgrown this disorder because the cycles just sorta stopped or at least the most obvious symptoms did.

While he spent most of last year pain free, the cycles have once again reared their ugly head.

Emmett finished a cycle about two weeks ago and has began another one today, right on schedule. 😔 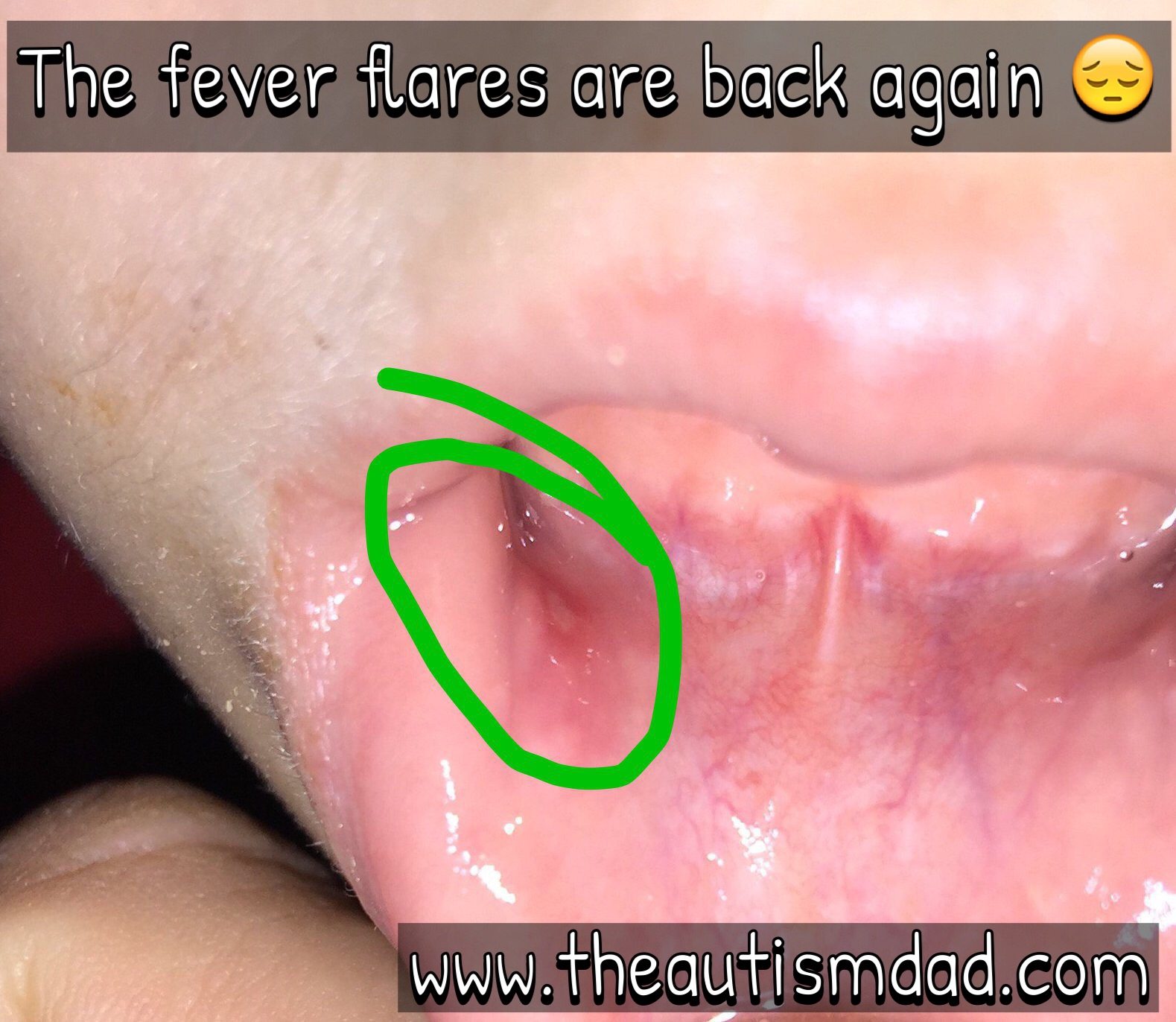 The above image shows what these mouth sores look like.  As the 10 day cycle progresses, these sores will cover his mouth, gums and down his throat.

He’s barely eaten anything today and took a couple naps.

His joints hurt when these cycles hit but since his tonsils and adenoids were removed a couple of years ago, the actual fevers themselves have been significantly reduced.

It’s going to be a really long week and a half.

If you could keep Emmett in your thoughts and prayers, I would really appreciate it.