This is a bit early for a Today’s Victory but I was so impressed that I pulled the trigger and gave the award to Mr. Gavin.

We all know how picky Emmett is about everything in his life and if you don’t, he’s really, really, really, really picky. I’m talking so picky that it’s very often, literally impossible to meet his needs, especially when it comes to food.

Emmett’s in a fever flare and so he’s eating a lot of ice cream and Popsicles because his mouth hurts so badly.

He’s so picky about the color of the Popsicles and the condition they’re in. For example, if the Popsicle is bent, cracked or otherwise imperfect, he won’t be able to eat it.

Gavin asked for a Popsicle this afternoon and I said he could.

Remember this is Gavin we’re talking about here. A year ago, it was everything we could do to simply coexist. Residential placement was on the table and serious effort was being put into making that a reality. 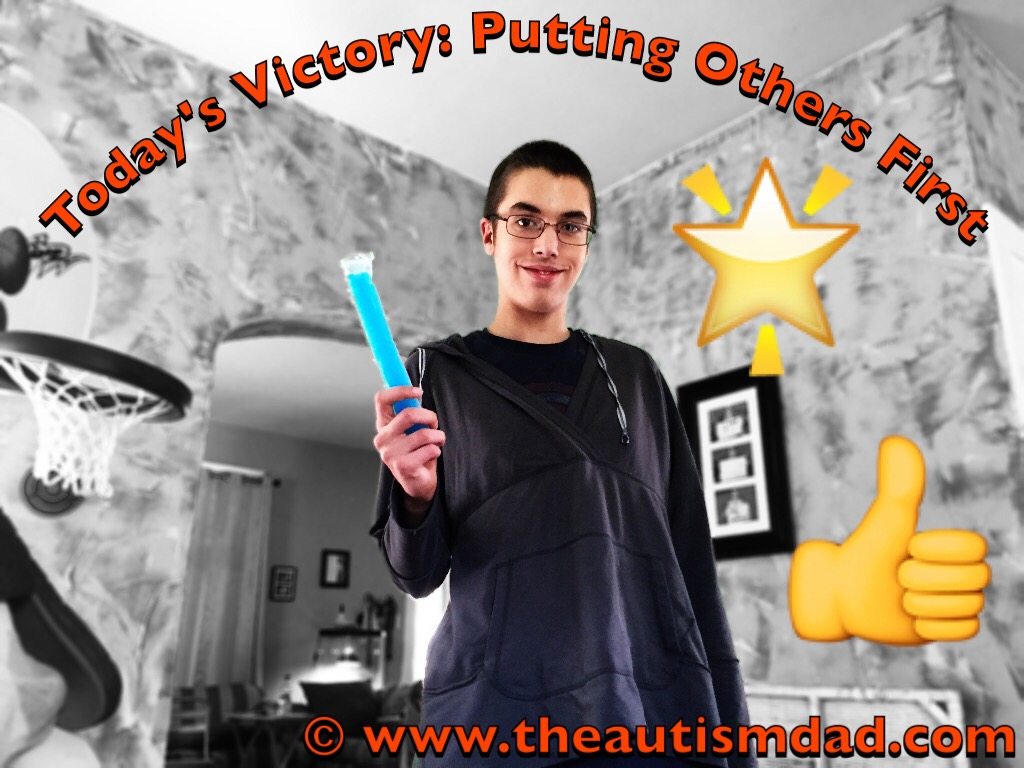 Emmett said the one he picked out was okay for him to eat and I immediately called Gavin over, took his picture for this post and gave him a high-five..

I’m so proud of him.

I can’t tell you how good it feels to see how Gavin is proving that he’s not who or what he was thought to be previously.

There was nothing to gain by checking with Emmett first. He simply put the needs of his brother ahead of his own and that’s pretty darn awesome if you ask me. I know adults that aren’t capable of doing that.