It was a really, really bad day for this #Autism Dad -

I’m stressed out, worried and overwhelmed by my #Autism Parenting life

As an #Autism parent, sometimes I have to take life minute by minute

It was a really, really bad day for this #Autism Dad

Today’s been one of those days where I had to pull out all the stops.  Everything that could go wrong, pretty much went wrong.

Let’s just skip the pleasantries and get right to goods or rather…..the bads..

For starters, Gavin ended up not having physical therapy Tuesday morning because I hadn’t realized that he was out of appointments. I lost track and Gavin would never think to check.  I dropped the ball and Gavin missed being able to go but he was okay with it.  Besides, he was having bladder issues today and that was loads of fun, if fun was the equivalent of a root canal without anesthesia.

Having not slept well the night before, I ended up crashing for about 2 hours after the boys got dropped off at school.  I’m just so burnt out and honestly couldn’t help it.  I managed coincide my nap with Gavin’s medication induced morning snooze.  It works out best that way…

When it was time to pick up Emmett from school and head to our afternoon therapy sessions, I was greeted by a distraught 7 year old, who’s tablet had finally bit the dust.

Let me just say that unless you’re an Autism parent, you may not fully understand just how big of a deal it is for a kid on the Autism Spectrum to lose their tablet. It’s horrible.  In fact, there’s a ton of memes on this exact subject because tablets are more than just a device to play video games on, it’s something that can actually calm a child on the brink of a meltdown.

Tablets are the first thing you pack when leaving the house and the last thing in the world you ever want to lose or break.  It’s a big deal for kids like Emmett and a nightmare situation for parents like me.

When I saw the distress in his precious little face, I felt sick to my stomach because I don’t have the means to just replace his tablet.  I was hoping it would last until his birthday but obviously that’s not going to happen.

I promised him I was going to work on it.

When we arrived at Akron Children’s Hospital for Gavin’s speech and Emmett’s occupational therapy, he was in tears and panicking…

While he was physically in therapy, I started racking my brain and trying to figure out what I was going to do. Emmett had been searching for a new tablet and had settled on the Amazon Fire 7 (2015) because it was the right size.  At $49 it’s not something I would have chosen for him because in most cases, you get what you pay for and the last thing I wanted to do was make a bad situation worse by getting him something that would just frustrate him.

I was looking and they just released a 16gb version for $70 and Best Buy had them in stock. I would able to trade in something of mine and get store credit.

Anyway, this is what he wanted and I was able to pull it off without any out of pocket expense.  I look at this as a temporary fix and if it works out, great, as long as he’s happy. If not, I’ll just move forward with my plans to replace it for his birthday, with a better one. 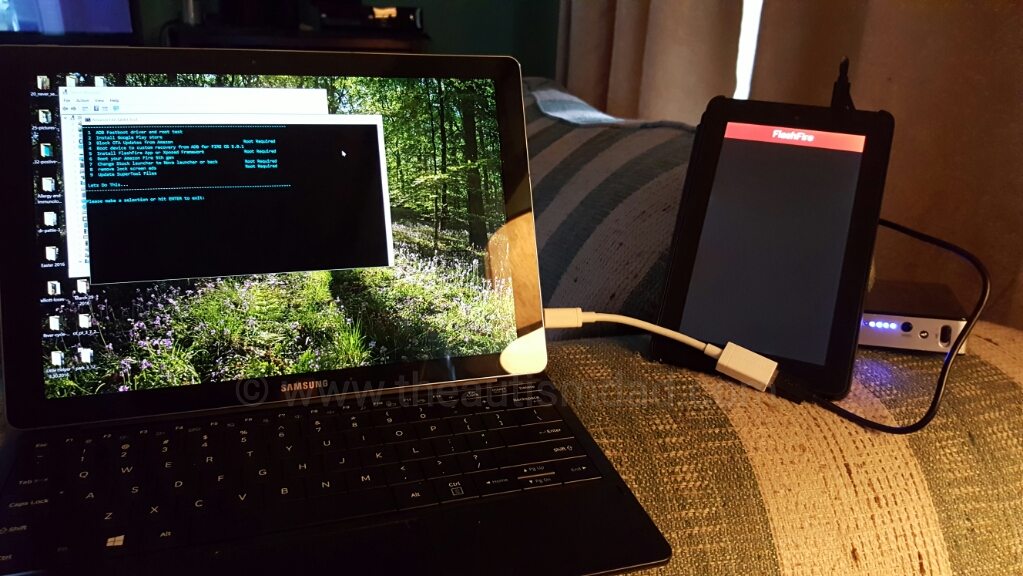 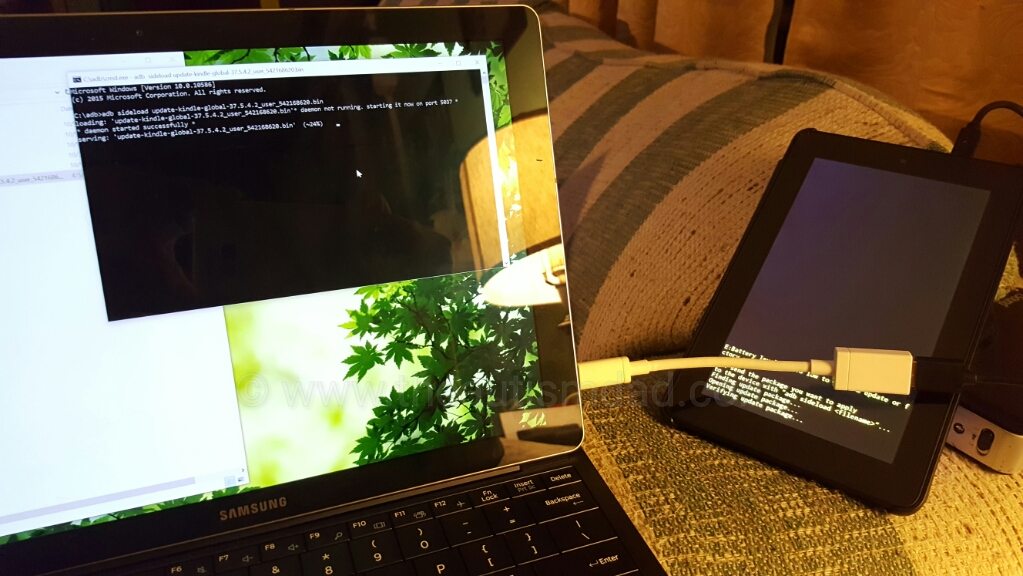 Let me just say that the Amazon skin over Android 5.1.2 is horrible and I spent until 2am hacking the shit out of Emmett’s tablet to get it rooted, install Google Play and restore all his apps and data from his previous tablet. It ended up softbricked a few times and I had to fix that before trying again. It’s been awhile and I’m not well versed in non-Samsung hardware and software.  There’s not real heavy development on this tablet because Amazon has it locked down pretty well and messing with it is risky.

That being said, without doing this, it would have been way too frustrating for Emmett and way too much of a change…

In the end, I did succeed and he will be very happy when he wakes up.  As for myself, I’ll be exhausted again but as long as he’s happy and this things works out for now, it’s worth all the sacrifice.

While I was working on this thing, I broke my watch and that really, really sucks because I don’t have the deductible to file a claim.

I can’t quite put words to exactly how stressed out I am right now.  I’m well passed my manufacturer recommended limits but I have to just keep pushing forward.  All I can do is the best I can do…

I love my Fire. Granted, I use it like a 40+yo but it has taken some abuse. I have a decent case and screen protector and hand it off to kids all the time w/o issue. (knock on wood)

I didn’t root mine because I was satisfied with what Amazon offered in free apps. I almost wish that I had tried to see if I liked it any better.

Things are always better with root…. ☺

I love my Fire. Granted, I use it like a 40+yo but it has taken some abuse. I have a decent case and screen protector and hand it off to kids all the time w/o issue. (knock on wood)

I didn’t root mine because I was satisfied with what Amazon offered in free apps. I almost wish that I had tried to see if I liked it any better.

Things are always better with root…. ☺