I made a promise this morning

Is 50 Cent guilty of bullying a 19 year old kid with #Autism?


I was reading through SmartNews and I came across a concerning article on TMZ.  This happened just a few hours south of me.

Andrew Ferrell is a 19 year old Aspie, who works an airport in Cincinnati, Ohio. He’s a straight laced kid, who’s never done drugs or consumed alcohol in his life, according to his family. 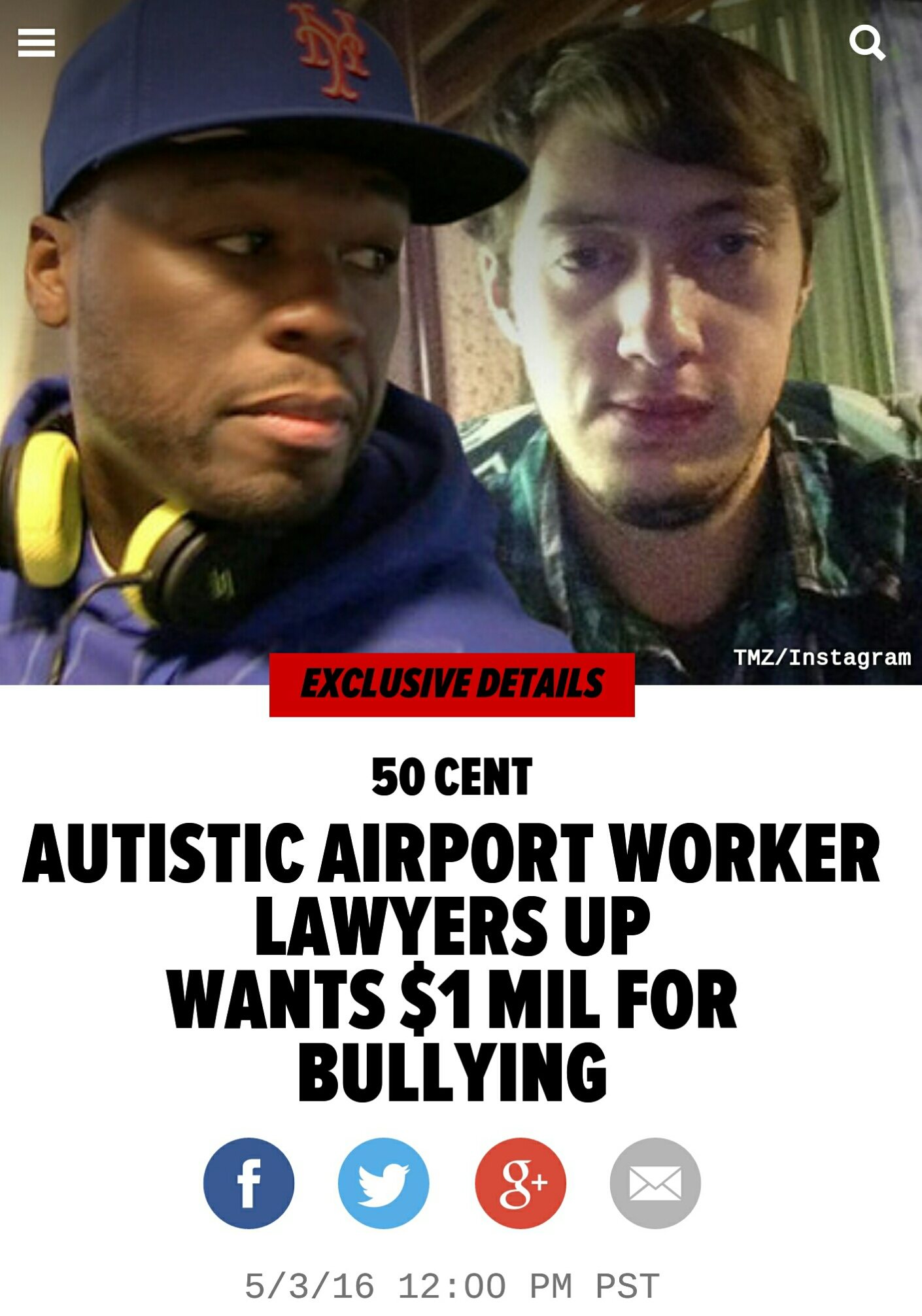 Screenshot of article cover by TMZ

Apparently, 50 Cent (the rapper) was in the airport followed Andrew and took a video of him working, while he peppered him with expletives.

50 Cent dropped a few f-bombs and accused him of being high (on drugs) because of his appearance and posted it to his public Twitter feed.

The video is clearly in poor taste but Andrew refused to respond and I give him a lot of credit for handling it the way he did.

Long story short, Andrew and his family are considering a lawsuit against 50 Cent for bullying.  There was also mention of Andrew wanting 50 Cent to donate 1 million dollars to his crowdfunding campaign.

While I’m not a fan of 50 Cent in the least and I happen to think this reflects very poorly on his character (which may or may not be a shocker) does this qualify as bullying?

I’m not trying to belittle Andrew’s experience because this should never have happened.

Apparently, there was no prior knowledge of Andrew’s conditions and so that doesn’t appear to be a motive.

That doesn’t make this right but does this warrant a lawsuit?

I feel for Andrew because I would be livid if this happened to one of my kids but at the same time, I don’t know that a lawsuit is the way to go.

Was this bullying in your mind or just a case of 50 Cent being an asshole to some random person who seemed different, not realizing what was going on beneath the surface?