Today's Victory: Wanna know why I'm so proud of Gavin tonight? Of course you do... -

The boys are off to their Mom’s for the afternoon

Today’s Victory: Wanna know why I’m so proud of Gavin tonight? Of course you do…

I want to take a minute and share how proud of Gavin I am tonight.  It’s not like I’m not proud of him any other time but he really rose to the occasion today.

Being that it’s Friday, Gavin’s due for his 2nd IVIG infusion of the week.

For some reason, today infusion was taking forever and a day.  It took so long that it was still going when their Grandma arrived to take them to see their Mom and have dinner.

Gavin of course, was not happy about this he hates moving when the needles are in his belly.

I don’t blame him for that but there’s no reason why he can’t move.  It doesn’t hurt him or anything like that, it just freaks him out.

Unfortunately, if he wanted to go over for dinner, he was going to have to take the infusion with him and finish it while he was at his Grandparents/Mom’s house.

This truly isn’t a big deal at all, it just makes him uncomfortable.

While he was on the verge of a meltdown, he kept it together and I helped him out to the car and his Grandma helped calm him down.

For the record, no one was forcing him to go either.  This was his choice but you wouldn’t know that by just watching him work his way into the car.

All that being said, he finished up his infusion while he was gone and it turned out not to be a big deal.

He’s fine and glad he decided to tough it out and take the infusion with him, rather than staying home.

I’m super proud of him because I know that wasn’t easy at all…..  😊 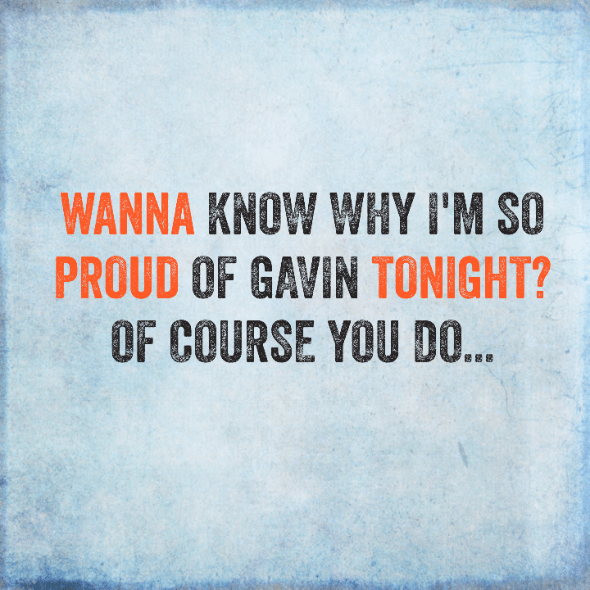