Unfortunately, our cat has to go back to the vet -

Confessions of an #Autism Dad: What I’ve learned from doubting myself

Unfortunately, our cat has to go back to the vet


I haven’t mentioned this to anyone because I’m not sure what’s going to happen. We have to take our cat Cleo back into the vet again, on Tuesday. She was having some problems a few months back with diarrhea and we thought it was because she was being bullied by Elliott’s cat Greysha.

After several trips to the vet, it was decided that Greysha just never really adjusted to humans after being rescued as a feral kitten. She lived in our house but we rarely saw her, except for when she was attacking Cleo.

I talked about how we were taking her a relatives old farm. Plenty of shelter, lots of food, and most importantly, not many humans.

Since then, Cleo’s other behavioral issues have resolved but she still shits all over the place. Her diarrhea is still a major problem. The vets had her on antibiotics, steroids and we’ve even tried food for sensitive stomachs. 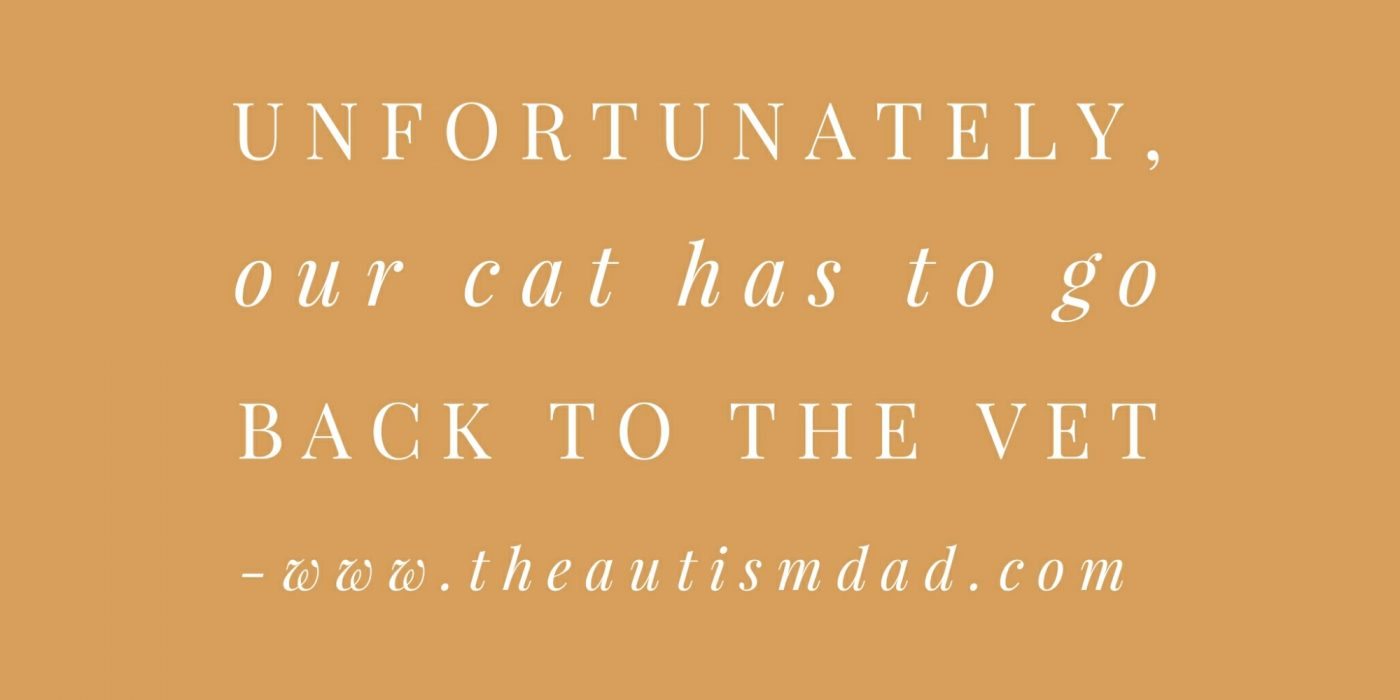 This is going to be a tough appointment because we may have some hard decisions to make.

They’ll probably run more blood work, and we have to scrape up some of her poop for another sample. The thing is, this may be a sign of something much more serious, in which case, we need to decide how far we go.

As terrible as this will sound, she’s already destroyed both couches, our mattress cover, the carpet going down into the basement, and poor Emmett seems to be the one who’s always accidentally finding her puddles of diarrhea on the hardwood floor with his bare feet. She’s destroying the house.

We’ve tried for months to get this under control but it’s not working. Aside from minor weight loss, she’s acting perfectly normal. She wants attention, cleans herself and moves around like nothings wrong. She’s about thirteen years old I believe and the vet says that’s not necessarily old for a cat.

My hope is that we are able to find out what’s going in with her on Tuesday. Nothing showed up the last time, but maybe it will this time.

What would be awesome is that we find out it’s a parasite or something. We can deal with that, and move forward.

We’ve had Cleo since Gavin was about three or four years old, and the last thing we want to do is put her down. At the same time, we can’t let her continue to destroy the house by literally shitting all over the place.

We’re going into this appointment, hoping that this is something that is fixable. Something medication can fix. Unfortunately, nothing has worked thus far and I can’t shake this feeling that something more serious is wrong.

As far as we know, she’s not gotten into anything that could make her sick. She’s never been outside and has all her shots. She’s been on the same food for years without a single issue. We only switched to a more easily digestible one temporarily a while back to see if that helped.

I’ve read that some cats can develop allergies to their food, so that’s a possibility as well. There’s never been any blood, at least that was visible. There wasn’t any the last time it was checked either.

As a paramedic, we always treat the patient not the monitor. That means, focus on how the patient is actually feeling, behaving, and physically presenting, rather than what the heart monitor is showing. I’ve been sorta channeling that with Cleo.

She eats, she drinks, she cleans herself, she snuggles, plays and greets us when we come home. She just has diarrhea, and shits in random places around the house.

I’m really at a loss here…