Bedtime has become a sensory nightmare -

I’m going to make the best of it

Bedtime has become a sensory nightmare


Last night was a challenge once again because Emmett wasn’t tolerating a blanket. Everything has to be just so, in order for him to be comfortable enough to fall asleep.

I’m going to be brutally honest here. I didn’t even dick around with trying for extended periods of time to help him work through this.

At this point in time, it’s more important that we all get some sleep, rather than worrying about the means in which we obtain it.

Like I said, there was no dicking around. I went straight for what we knew ow works and works rather quickly. That approach is as simple as snuggling and singing him to sleep in our bed. For whatever reason, it’s helping him fall asleep.

He used Lizze’s super soft blankets but still had a very difficult time getting comfortable. 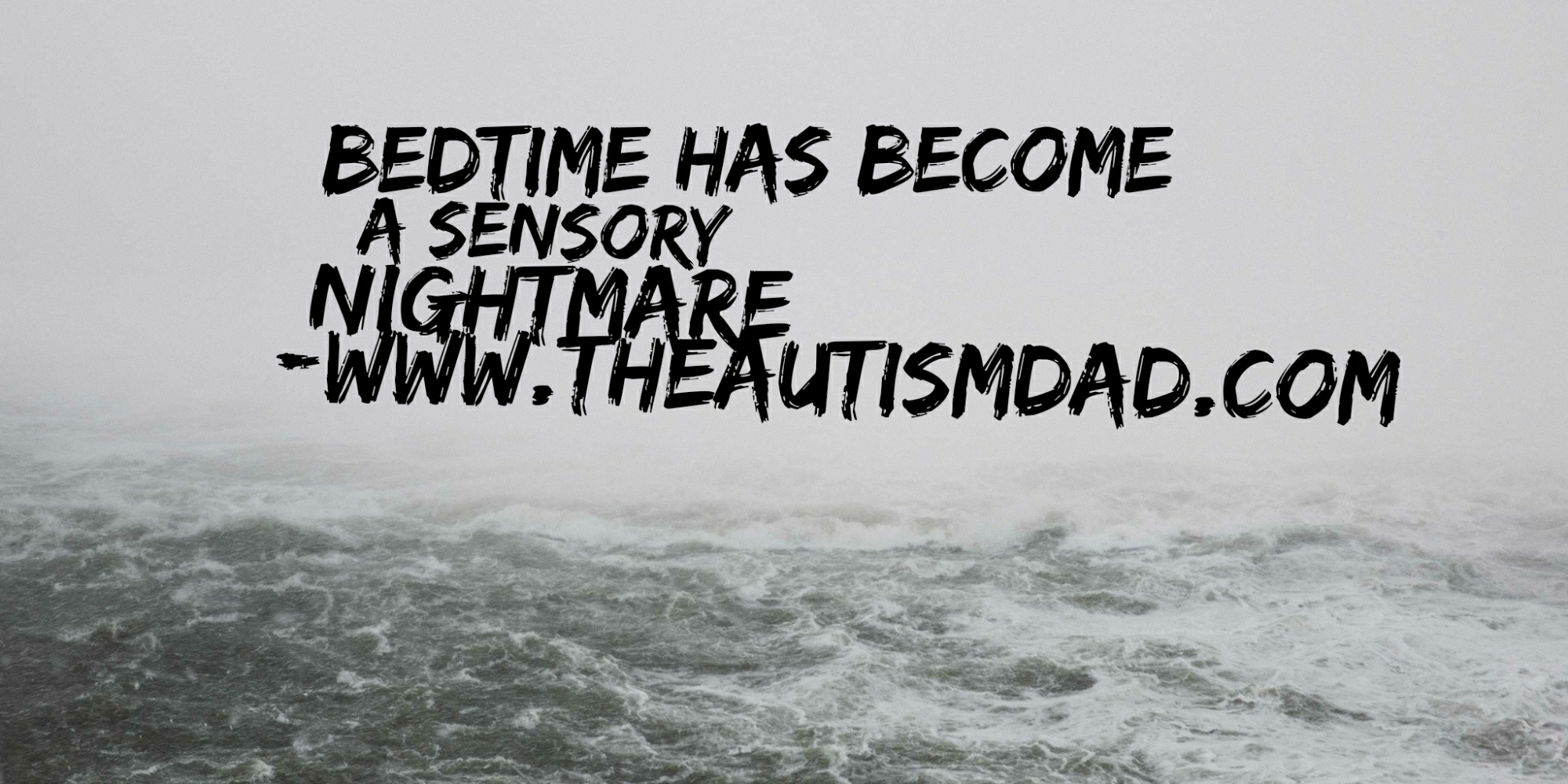 At one point, I was holding the blankets above his skin. It was like he was sleeping in a tent or something. The blanket sorta kept him warm without making physical contact.

No sooner did I get him comfortable, Elliott comes into the room sobbing. He struggles with pervasive thinking and tonight he was stuck on missing his cat Greysha. She’s a feral kitten rescue a few years back, but she never adjusted to people and began ruthlessly attacking our other cat we’ve had for a dozen years or so.

Greysha was taken to a family farm where she’s much happier away from people.

It’s been months, but he misses her and couldn’t stop thinking about it.

I simply scooted over a bit and became sandwiched between both kids, neither of whom were sleeping. They both eventually fell asleep and we were able to move them back to their beds before we went to bed.

We’ve got to come up with a better way, because school starts in less than two weeks.

You mentioned Elliott and pervasive thinking and now I’m wondering if his inability to sleep some nights has to do with when Lizze left a few years ago. I remember that the last thing she did was put them to bed, so it would make sense that he might be afraid to sleep some nights for fear of it happening again. In his mind it might be as simple as ‘If I stay awake, she can’t leave’. As for Emmett’s new sleep issues, has he ever seen a child psychologist? I know everyone sees Pattie once a week, but does Emmett ever get one-on-one therapy? He seems to be regressing when it comes to his sensory processing issues. I am wondering if there is something more behind them than just autism. He didn’t want to wear clothes for years and then he was doing okay(ish) but it seems like the past year/year and a half has been really bad for him. I’d be curious to know if any of it had to do with the upheaval his life went through over the past 3 years. Having parents split up is hard, and then you get used to a new normal, and then they get back together. While I’m certainly not saying it’s not an overall positive thing, the kids might have more scars and concerns about it then you might think.

Since you finished up the post with a school comment; I have to ask, what is your plan? Based on your posts from this summer it reads like the boys are still struggling with things that won’t help with consistent success for getting ready. Did you consider alternatives for the school year? Has the school offered suggestions?

All good questions but unfortunately, I don’t have any answers at this point. We are more seriously considering home school, but that’s a last resort.

Have you talked to the school about this transition, I don’t think you can just decide last minute that you are going to home school can you? I don’t know anything about it, but it seems they would need some time to send transcripts and such to the authorities

Are you considering it for both kids or just Emmett? And to parrot the other person who replied, isn’t there a lot of legwork to be done for homeschooling? I know it is here but every state is different.