Just another example of my kids not coping with change -

Managing my #Depression: An Important Update

Just another example of my kids not coping with change


The boys were surprised and quite upset to see me in the parent pickup line after school today. Apparently, they had it in their head that my Mom was going to be picking them up.

She wasn’t, at least as far as I knew and I would be the first to know.

Emmett was so upset because his afternoon deviated from what he thought it was going to be and he just couldn’t move past it. 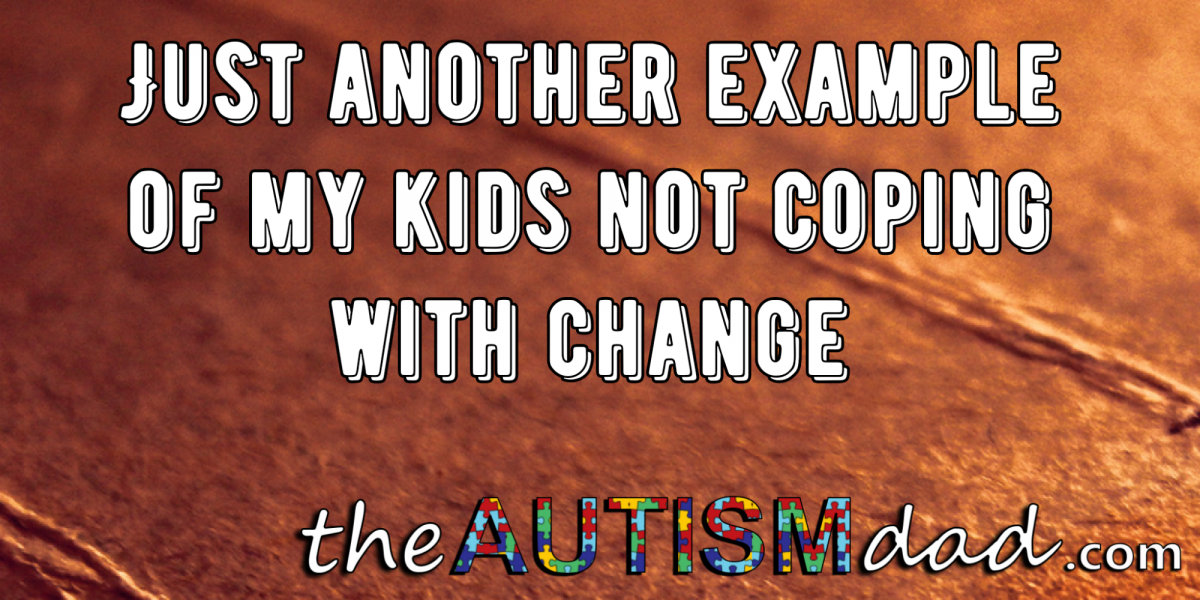 Of all the kids, Emmett is the one who truly struggles with change and deviations from his planned routine. This is just one of many examples where he doesn’t cope well at all.

You would have thought it was the end of the world or something along those lines because he had such a visceral reaction.

It took time, reassurance, a lot of patience and sacrificing some of my precious sanity, but he finally calmed down. It took about an hour to accomplish this and it was all because something he had thought was going to happen, didn’t happen.