Even if we had the power, would it give us the right? -

The best I can do is always be there for him

Even if we had the power, would it give us the right?

We have a conundrum and aren’t sure what the right thing to do is. In less than 24 hours, we return to Akron Children’s Hospital for pre-testing and consultation in regards to Gavin’s endoscopy and colonoscopy, which is a bit more complicated because of Gavin’s health issues.

At this point in time, Gavin either doesn’t know or doesn’t remember that he’s having these done in June 5th.

When we arrive at Akron Children’s Hospital tomorrow for the meeting, we’re going to be going over in great detail, all that’s going to transpire. Our concern is that Gavin is going to freak out. For an average person, these things can be scary but for an 18 year old with the mind of a 6 year old, it could end up being much worse.

Gavin heard our conversation during his visit to the Gastroenterologist last month and out of everything we talked about, his take away is that he might need an IV. That has him freaked out already. Knowing the rest could put him over the edge. 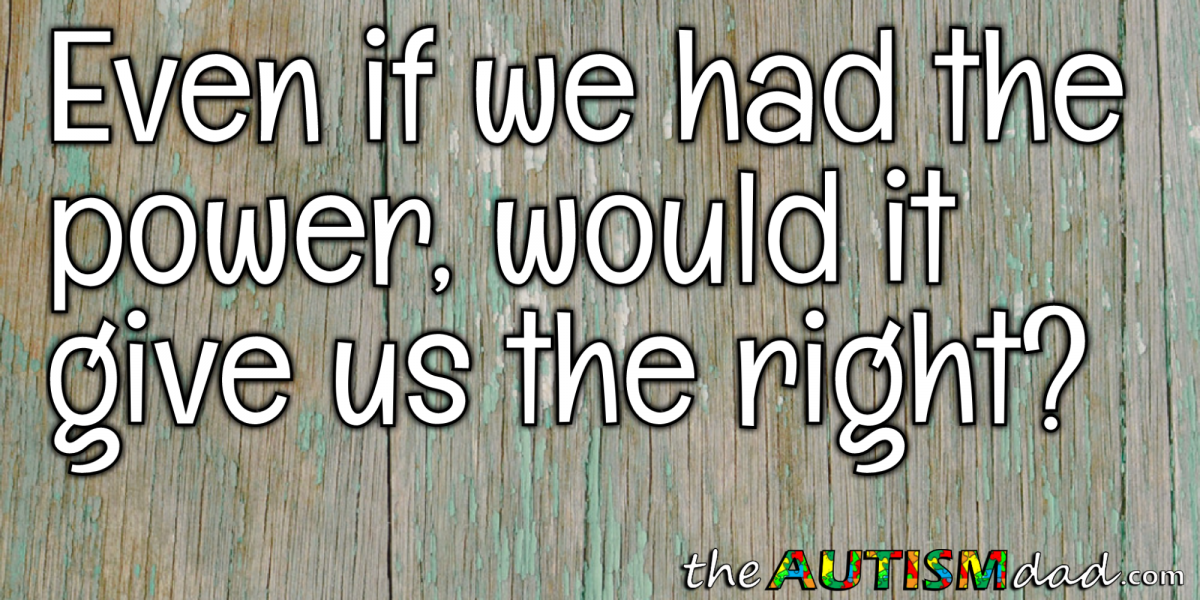 Until we have guardianship, which we’re working on, he’s legally an adult and we have no rights. In most all cases, this hasn’t been a problem because Gavin simply provides consent for whoever to work with us. If you meet Gavin, it’s painfully obvious that his capacity to function independently is grossly limited. He can’t answer even basic questions and is unable to express himself. To put things bluntly, Gavin is incapable of managing his own healthcare.

We aren’t sure how to handle this meeting tomorrow. Is Gavin better off not knowing anything about what is going to happen during this upcoming procedure? My personal belief is yes, yes he’s better off not knowing because it will only serve to terrify him and that can have a negative impact on the overall everything. If nothing else, it will see him living in fear until it’s over and we don’t want that for him either.

Again, until we have finalized guardianship, I don’t think we can legally withhold that information and I can certainly see how it would put the hospital in a predicament.

Even if we had guardianship, not telling him would still raise ethical issues and wouldn’t be something we felt good about. Unfortunately, this is a very challenging situation and like I said, even if we had the power to withhold information from him, does that really give us the right to do so?

I can certainly see the problem of ‘do we or don’t we tell him’ and it’s a valid concern, but the bigger picture is that legally, Gavin can refuse the IV and test if he chooses. I don’t think that’s all that likely to happen because even though he is a legal adult, I don’t think he KNOWS he’s an adult who can make that choice- but if he tells the hospital that he doesn’t want an IV or doesn’t want the test, that will probably be enough for them to pull the plug until guardianship is established. For that reason alone I feel like discussing it with him beforehand is the best thing for everyone involved. If he says no then you can cancel the appointment and avoid an unnecessary trip to the hospital and the hospital can give that time slot to someone else. Just my two cents.

I agree with Kim that you don’t want him unprepared. Even if someone has reduced capacity to choose, however, it doesn’t mean they have no capacity and plenty of reasonable people refuse colonoscopies. Given his body issues, is it possible that your role as a parent is actually to say no yourselves? One doesn’t have to agree to every test any physician can think of – especially since that physician might not know the cost to a special needs child, so their cost/benefit tradeoff might be wrong. I would have been traumatized to have had a colonoscopy as a teen and I don’t have the body issues that Gavin seems to have. Are you SURE you need these extremely invasive tests? I can’t remember why you were doing them, so obviously don’t take my advice, but I ask the question because you (who know Gavin the best) might think about the cost/benefit differently from the physician.

Hey dot. The reason for the test is because we think he’s bleeding somewhere. That makes it medically necessary. We can’t let that go unchecked.

No one is ever going to talk to Gavin and deem him competent. That’s simply not going to happen. That said, I don’t know how things would proceed if that were to arise.

I understand that but incompetent or not, they still have to listen to what he says because he is an adult. If he says “No” then the hospital should not proceed with the test. All of this medical stuff was one of the main reasons I brought up guardianship back in the fall, so it wouldn’t come down to Gavin being able to make this sort of decision when he clearly can’t understand it all. Unrelated note, it says there are 6 replies to this post but I can only see 4, and a reply that I made to Dot isn’t showing up. I don’t think you’re deleting things but was wondering if maybe something got hung up in a SPAM filter or something. I think I made that reply from my phone and those will sometimes get hung up.

Everything else aside, I see all the comments. Nothing is held up in SPAM and nothing has been deleted. I’ve only ever done that a few times in almost 10 years. I know that you weren’t accusing me of anything. I think it’s an issue with the cache. Caching makes everything run better but sometimes it needs refreshed. I deleted the cache and everything should be visible. If you log into the site, you will bypass the cache every time. Let me know if this is resolved. Thanks for the heads up