My #1 hope for this week


I’ve just spent the last three hours on the phone, bouncing between Gavin’s doctor, the specialty pharmacy and insurance. I swear to God, if I had hair, it would be all over the floor right now.

After three fricking frustrating and grueling weeks, we’ve finally gotten to the bottom of why Gavin’s infusion medications are still not available. 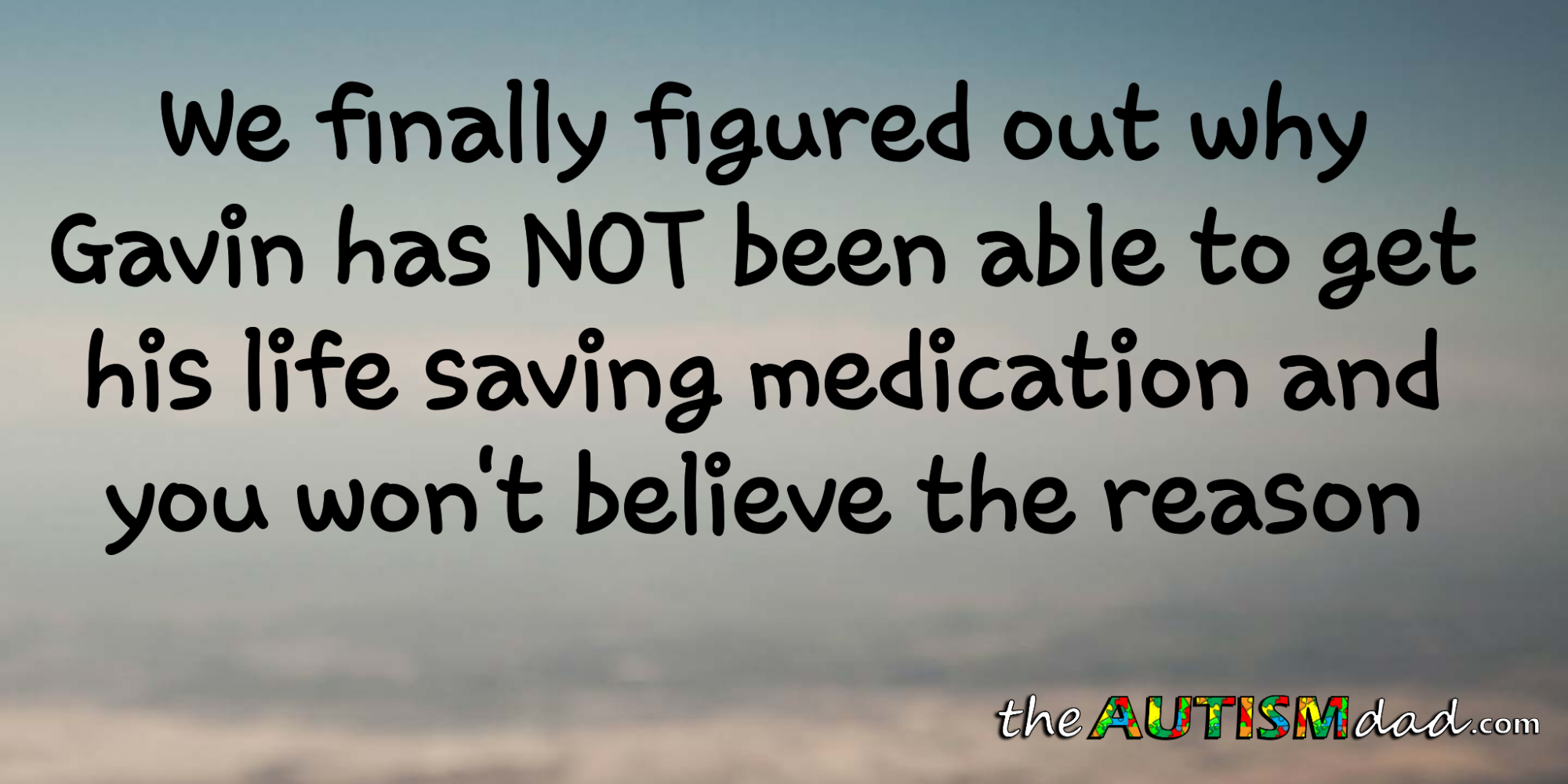 I just got off the phone after speaking to a very determined person with Gavin’s insurance provider..

We couldn’t figure out why there was absolutely no record of any new medication having been submitted to insurance for approval, in regards to Gavin’s IVIG infusions. There was literally no record of anything that has transpired over the last three weeks. That was very frustrating and counter to all I’d been told about the status of things until now.

After going back and forth, we kept coming back to the same piece of information.

The most recent record of Gavin’s infusion medication, was in February and that was an approval for his GAMMAGARD through August 18th of this year.

This is my understanding of what happened and it’s a bit confusing but I’ll do my best to explain something I don’t fully understand myself.

When I spoke to the pharmacy this morning, they told me that they have been waiting for an approval from insurance for about a week and a half. That turns out to be true and here’s why the approval had either been denied or at the very least, delayed.

When Gavin’s doctor switched his infusion meds to something new, it was explained to us that it was still GAMMAGARD, only in a higher concentration. It’s the same exact dose as before but it’s contained in a smaller amount of solution. We found that a bit baffling because if GAMMAGARD was no longer available, anywhere in the country, how does increasing the concentration change anything?

Turns out, the medication is very similar to GAMMAGARD but it’s not actually GAMMAGARD and while it apparently falls under the same name, it’s from a different manufacturer altogether.

When everything was submitted to insurance, there was confusion because they apparently were unaware of the GAMMAGARD shortage and didn’t realize it was actually a different medication being submitted. It went through the system as seeking approval for something he already had been approved for through August 18th of this year.

My understanding is that it basically looked like a duplicate prescription or a prior authorization for the next six months, that wasn’t needed until sometime next month.

In reality, while the medication falls under the same name, it has a different item number attached to it and I guess no one picked up on that, outside of the pharmacy.

It apprears that if this had gone on for another month, it would have been discovered when his current authorization had expired in August.

The bottom line is this.

The insurance rep I spoke with today discovered the issue and pointed it out to the relavent departments. They quickly addressed the problem and, according to this wonderful woman, have approved the new medication and as soon as the pharmacy sends in the request, it will now go through.

This isn’t an immediate fix because the medication still has to be ordered, as it’s not currently in stock. The pharmacy said that as of last week, the supplier said it was available for next day shipping. That means we should see it by the end of the week.

My goodness! This has been a nightmare and shouldn’t have happened in the first place.

That being said, this seems like an honest mistake. Assuming my understanding is correct and I’m being told the truth, it was a freak occurance due in part to our unique situation. It was a timing thing and because of the current approval already in place and the meds falling under the same name it created a situation that looked as though it was something other than what it actually was.

While I’m not going to completely exhale until the medication actually shows up, I feel an enormous weight as been lifted.

Going forward, this shouldn’t be a problem and hopefully, there’s a fix put in place so that someone else doesn’t fall into the same trap in the future.

Finally! Someone to help you figure things out and fix it. I don’t understand why this didn’t happen at least 2 weeks ago, though. Because even with the supposed duplication you’d think someone, somewhere would’ve wondered why.

You’d think but then again, that ghouls be too easy..