Trying to explain how I feel isn't easy -

I can’t take it anymore

Trying to explain how I feel isn’t easy

I thought I would take a few minutes and talk about where I’m at right now. I don’t mean where I’m physically at, but instead where I’m at emotionally. I haven’t really spoken about my mental health for a little while and because it’s a huge part of my life, it’s important to talk about.

There are so many pieces and parts that make up the person I am but my mental health has an overwhelming impact on all of them.

I would never represent myself as the picture of mental health because that couldn’t be further from the truth. I struggle at times. In fact, there are times I struggle a great deal. Those struggles aren’t always associated with my ongoing, lifelong war with Depression either, which you can read all about here. Sometimes I struggle because the challenges in my life seemed determined to break me and there are times they almost do.

Being an Autism parent is hard enough without being saddled with all the limitations that go along with being human as well. 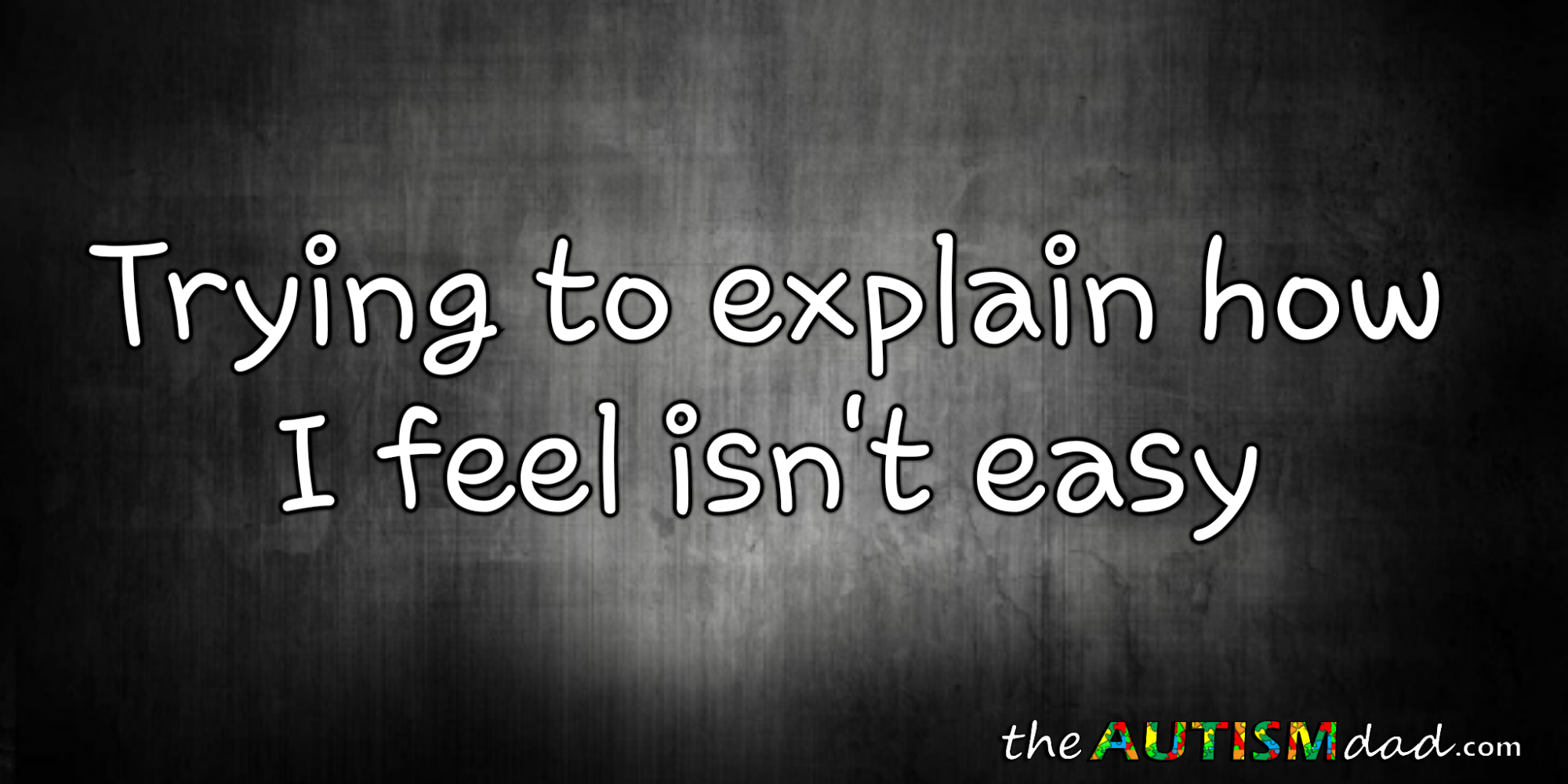 I would be lying to you if I said that Depression doesn’t have its grubby fingers in many aspects of my life. Sometimes Depression is totally driving the bus and other times it’s quietly influencing how I drive the bus or what direction I go in. That’s simply the reality I live in.

There are times where Depression really isn’t a major factor and yet I struggle nonetheless.

Lately, I’ve been riding this never-ending emotional roller coaster. I don’t remember getting on the ride in the first place and what’s worse, it doesn’t seem to ever stop long enough for me to get off before it starts back up again.

Someone else asked this question but I didn’t see the answer- have you talked to your doctor about getting assessed for new meds since coming off the Paxil? I think it’s clear that you can definitely use pharmaceutical help but I didn’t know if you and your doctor had spoken about and/or figured out a new regimen for you to try. I hate to see anyone suffer when there are things available to help with this sort of thing. Also, it probably wouldn’t hurt to revisit the idea of talking to a therapist other than Dr. Pattie. You need someone just for you.

Meds aren’t always the answer. I do see my doctor in a week or so to discuss things in general but the reality is, medication can only do so much. My life is such that the stress never ends and the challenges only get harder with time. What I need to do is develop more/better coping skills. I’m still on an anti-depressant, at least for now. I need to keep everything in balance and I’m doing better at that. I’m making better decisions and I’ve now lost roughly 26 pounds as a result.

It’s complicated and I totally understand the value of medical intervention but I have to find better ways of coping because that’s what will get me through the long term.

Here’s the thing Rob: so many times after I’ve read one of your posts I think: “He needs more sleep!” Lack of sleep will make every other physical and emotional problem much worse.

Now, in your circumstances it seems tough to do. But I wonder if your sons are old enough to now be able to self-soothe when they have insomnia? Maybe no one has had sleep issues lately, I don’t remember from what I’ve read. But it seems one overall arch for you over the years is lack of sleep.

I have periods where I think I feel fine without enough sleep but end up being an emotional mess. Maybe this isn’t really a problem for you anymore. But if it is, I would think you need to make it a priority, even if you have to change the way the boys cope when they can’t sleep. Because you can’t help anyone when you’re a mess.

If I’m wrong, I’m wrong. The only dog I have in this fight is to hope that things go better.

I understand wanting to avoid meds if possible- I’m pretty much the same. That said, therapy would help you develop coping mechanisms. That is one of main purposes of going, along with figuring out why a person reacts the way they do to things and can also help you get to the root of the depression that you say began in your teens. You are such a proponent of therapy for your family, why not for yourself? It’s more than just talking about your problems.