Lizze and I have begun accepting the reality of something we wish we wouldn’t have to. That reality is the likelihood that Elliott will be diagnosed with Bipolar disorder.

Elliott had some testing done eariler in the week at his physiologist appointment and it came back with a high likelihood of Bipolar disorder. That in combination with patterns of behavior over a very long period of time, and it looks like we may have to begin accepting the reality that Elliott has Bipolar Disorder. 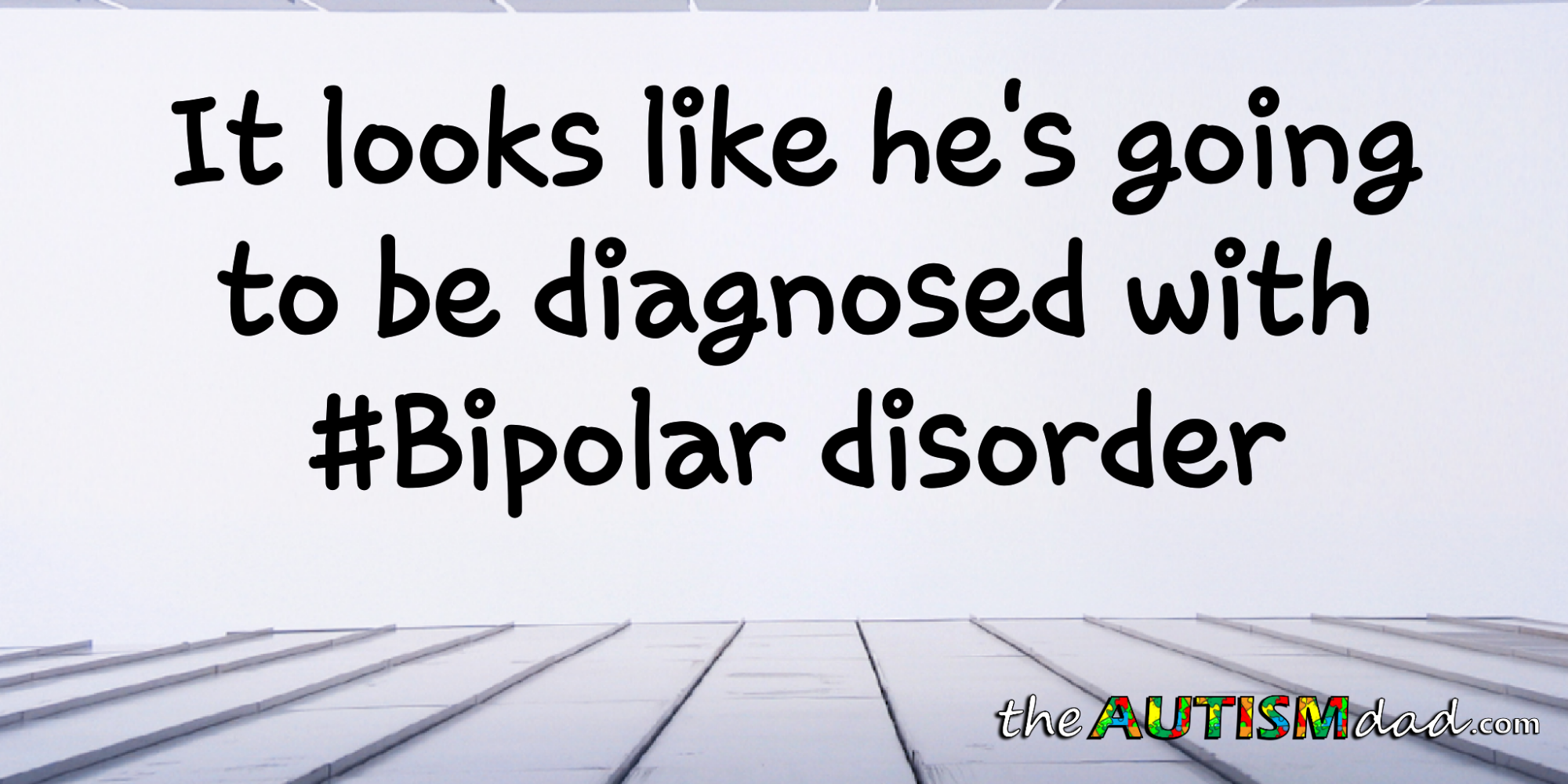 When I say accept the reality, I’m simply mean that in the sense that we don’t want this for him.

The fact that he likely has Bipolar disorder doesn’t change him in our eyes at all. It does explain many of the behavioral challenges we face, the extreme mood swings, sleep disturbances and periods of manic like behavior.

We haven’t received an official diagnosis because this is not something we want to rush into.

The one advantage we have in the diagnostic process is that his therapist has literally known him since before he was born. We’ve been there for 13 years with Gavin and Elliott began therapy at an early age to help him cope with Gavin’s behaviors.

This is an advantage because the person diagnosing him has been monitoring him on a weekly basis for his entire life.

The more information and insight a doctor has, the better position they’re in to make an accurate diagnosis. Accuracy is important because we don’t want him on meds just because. He may need medication to improve the quality of his life and that’s the only reason it would happen, especially at his age.

Gavin was diagnosed when he was younger than Elliott and while rare, it does happen.

This is not an end of the world kinda thing. Many people with Bipolar disorder live healthy, happy, and fulfilling lives. The key is early intervention, proper management and if medication is needed, it must be consistently taken. He will also need love and support, which he has in spades.

All that said, this isn’t something that I want him to have to deal with however, if he must, he won’t be doing it alone. We will be right by his side, helping him along, every step of the way.

I’m confused ( maybe because I’m tired and my brain can’t absorb properly!!) I thought Elliott was going to Akron’s Children’s Hospital in August for testing? Is his therapist who sees him weekly doing the diagnostic process (which would make the most sense) or a physiologist? I’m not from the U.S., so maybe it’s different there, but I didn’t think Physiologists did bipolar testing. Sorry for all of the questions but it’s very interesting to know how processes are diagnosis is done elsewhere. I understand you’re not in a rush to receive an official diagnosis but like you said the key is early intervention. Good luck!!

Sorry for the confusion. His weekly therapist is a psychologist. She’s done the testing and Akron Children’s will hopefully manage meds if needed…