#Depression, #Autism Parenting and Turning 40 are not a good combination

There are too many things to worry about this week

#Depression, #Autism Parenting and Turning 40 are not a good combination


As I mentioned in the previous post, there’s an enormous pink elephant in the room right now and it’s better known as my 40th birthday. I turn 40 years old on Thursday, August 24th and I’m struggling.

I just realized that I’ve been an Autism for almost half of my life. That’s a bit overwhelming to think about, so I just won’t. ☺

Let me begin by saying that I’ve decided not to discontinue my last remaining antidepressant right now because I’m concerned it might be a bad idea, especially due to the headspace I find myself in. 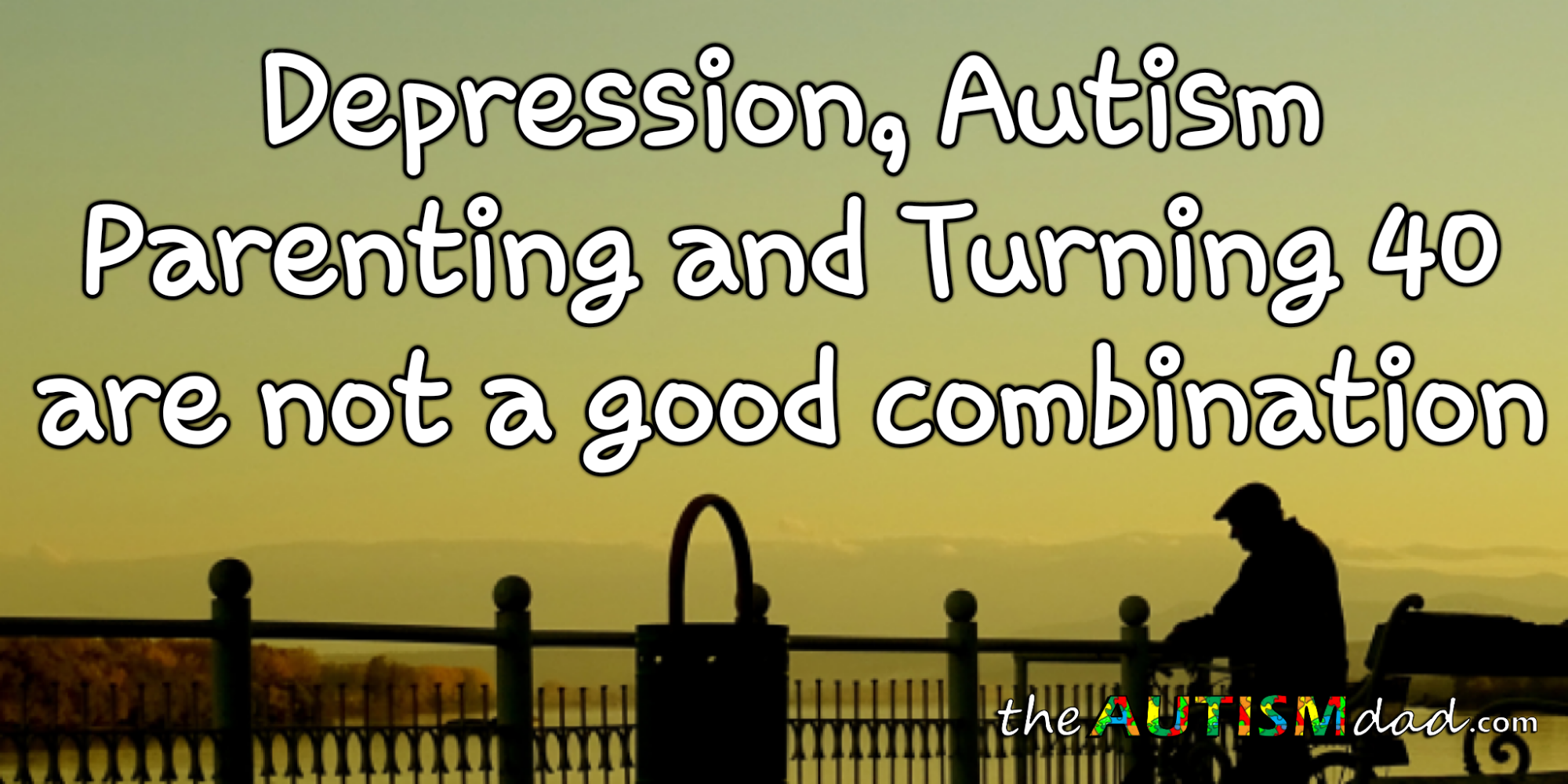 Turing 40 is supposed to be a big deal and it is in many ways. In other ways it’s just another day.

As it is, the fates, life and a few other things, outside of our control, have left us in a pretty bad place financially. I need these advertisers to come through because if they don’t, we’re in a world of hurt.

There’s an emotional hurdle some people have to overcome when they turn 40. I’m facing quite a few of those hurdles myself.

I was actually sorta looking forward to turning 40 at one point because we were in a pretty good place and my 40th birthday happens to coincide with the launch of the Note 9. I typically use my upgrade every year when the new Note is released and this year it was going to be a bit more special because it was happening on my birthday. Sorta took the sting out of it.

You say you’re stressing out because the boys are excited and won’t understand if you don’t do anything and you don’t want them to feel bad. How about letting them be involved. Maybe Lizze and the boys could bake you a cake. The boys could make you homemade cards as those are always the best! Have a cheap fun typical kids birthday meal like hot dogs and KD or homemade pizzas and everyone puts on their own toppings or something that the boys really enjoy. Watch a family favorite movie. I don’t think they’ll feel bad that you all don’t go out for a lavish dinner. You can have a great celebration at home that doesn’t cost a ton of $$

All great ideas. Thank you Cindy.

I’m 68 and have a 35 year old son on the autism spectrum. Also retired from working with an agency as a resident counselor in a group home for young adults and adults with mental problems and mental disabilities. Trust me, right now reaching 40 seems like an undesirable age but very soon you will grow past that and not give it a thought. I went through that at 40 and at 68 now I’ve also wished I could go back to being 40 with what I know and have experienced with our son. It’s kind of a phase a lot of people go through. First it’s 30 and then it’s reaching 40. 40 is kind of like having to fit into a new mental skin. Very soon, it just becomes who you are in age. But for parents who find themselves in this life of autism that now has become our entire world, the thoughts of our mortality, what’s going to happen to our children when we are no longer here, added to the non stop daily stresses that come with being in an autism family make reaching 40 a possible depressing time. But those feelings of aging to 40 will become absorbed by you because that feeling is a temporary halt and then you realize that you still have a job to do and you move on from there. I’ve read your blog for a couple of years now and felt your pain and the pain of every parent who looks after an autistic child. People not in this situation have no idea of how overwhelming it can be to spend what time you have on this earth, putting yourself last, pushing aside your own personal goals and aspirations in order to devote your entire life to your children who are born into the world of autism. A lot of people look only to the child with the autism and never consider the life long effects it has on the family care givers who take on such a Herculean task simply and totally out of love for their children. You hang in there because that’s all we can do. And don’t worry about reaching 40. I went through the same thing but realized that whether I was 40, 50, 60, I still had to always, to the best of my ability, step up to the plate and keep forging ahead, no matter how difficult, how exhausting, how overwhelming, how many tears…I had to be dad and keep pushing forward to handle whatever was thrown at us. You are a great father, husband and human being and sometimes it takes someone standing to the side, whose been in the same arena to see the great things, whether small or large, that you and your wife have done for your boys. You’re a really good man and I am hoping for something to turn about for you and your family to at least alleviate some of the immediate problems your family is going through.

Thank you so much. I’m actually fighting back tears right now because I can totally relate everything you’re saying. Facing my mortality is very difficult for me and I think that’s what I’m struggling with. When we have so many responsibilities and kids with Autism, it’s a truly terrifying notion.

I’m sorry you’re struggling to not be depressed. Honestly, I would love to go back and be 40 with what I know. Why wasn’t medical knowledge better developed then? I’m nearing 60 but not sure if it will be depressing yet. I do hope the very best for you though, Rob!

You’re comment made me realize something. Everything is relative. At 40, I wish I was turning 30. We spend so much time chasing our youth, we sometimes forget to live. 🙂

40 was hard. 50?…. I’d prefer not to discuss it thank you. I’m older than Big Bird, MTV and over recently learned a few other things I thought had been around longer. Happy birthday. You will be an autism dad, or a dad of any kind, most of your life unless you die young. Embrace it.

I’m really trying to do just that. I think it’s less about the age and more about where I am in life at this age.

I turned 40 this year too. I have an almost 14 year old and an 11 year old that both have ASD. 40 is honestly no different to 39. Just take each day as it comes and look after yourself too x