Gavin is so gullible and that scares me -

3 tips guaranteed to make you a better #Autism parent

I’m a little worried about Gavin this morning

Gavin is so gullible and that scares me


I’ve talked about this before but it’s been many years since I’ve brought this up. Gavin is incredibly gullible and as a parent, that scares the crap out of me.

I was reminded of this today.

We went to a Harry Potter thing at our local library yesterday. I didn’t particularly enjoy it but Lizze and the boys did. I always say that it’s not so much what I’m doing but who I’m doing it with. I love spending time with my family and this was a chance to do just that. ☺ 💙

When the kids walked in, they were lined up and the sorting hat put them in their houses, just like in the books/movies. 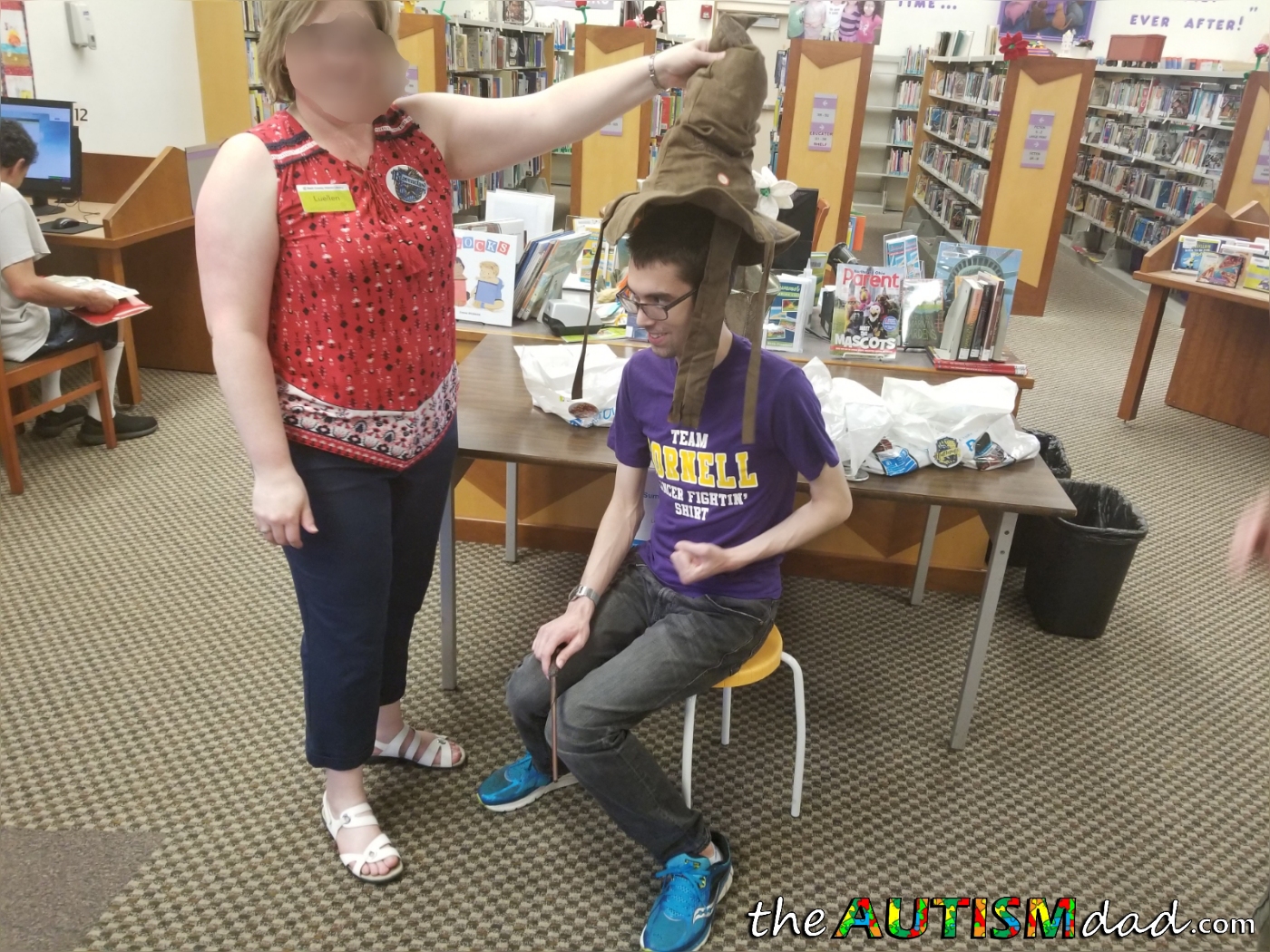 This was an actual hat that actually sorta moved around and would speak the name of the house they were “chosen” for. It was obviously a toy hat with electronics inside to make it move and speak. The names called out were random as I watched many kids placed in their houses and there was no pattern.

Anyway, the kids had fun and that’s what mattered.

Afterwards, we celebrated Lizze’s Dad’s birthday with dinner and cake. While we were eating, Gavin was talking about how the sorting hat assigned him to Gryffindor and that was probably because he had his Harry Potter wand in his hand.

The kids got wands from Harry Potter world at Universal Studios last year and Gavin chose Harry’s wand. They brought their wands to the event.

When Gavin made the above statement, I wasn’t sure where he was coming from. I explained to him that the wand had nothing to do with anything because it was a toy hat that simply said random house names.

I honestly thought he was joking around but if I’d thought about it a bit more, I would wouldn’t have said anything because I would have remembered that Gavin never jokes around.

The long and short of it is this. Gavin had initially thought the hat was a toy, at least part of him thought that. One of the girls working there told Gavin that it was actually magic and it put him in Gryffindor because it fit his personality. She was just goofing around with him a s had no idea how seriously he would take that.

He didn’t question her words at all and instead, took them to heart. He walked away believing that the hat chose him personally to be in Gryffindor because of his personality and because it knew he had Harry’s wand.

Now from all the things you’ve said about Gavin previously, I am not surprised. Not only that, but since he already believes he goes on missions I can see him believing in Harry Potter magic. I know you enforce on Gavin the idea that he can only do his missions in his room. But I can see how his schizophrenia makes it impossible to distinguish reality from fantasy. His gullibility seems baked into his life with the schizophrenia.

I was looking at it from more of a cognitive angle but you may be right. I hadn’t thought of that before.

Thanks Suzanne for the insight. ☺

While I completely understand your concerns and frustrations, I am nevertheless glad he was “chosen” for Gryfyndoor.

Tough to balance Gavin’s magical beliefs against the other kids’ need to understand their world accurately. The younger boys needed to hear that the hat’s choice wasn’t based on their personality — but Gavin believed it did. Problem.

I suspect, sadly, that you will have to talk more and more to the younger boys to get them to understand that what Gavin believes isn’t necessarily real or true. It’s sad because you can’t get Gavin to a rational place, so you are going to have to put very grown-up stuff on your other kids.

That’s a great way to put it. It’s only going to get lore difficult and the boys will have to grown-up things out on them. I hate that but….

This is exactly how my son is but with him he has no concept of stranger danger he will go up and talk to anyone and believe anything they say I worry about it all the time.