This happens every single night, without fail

The heartbreaking reason I support wishescanhappen.org and so should you


The kids woke up this morning and all was well until they learned that Spectrum had to come back out again because there’s an apparent problem in our lines somewhere.

I didn’t think it was a big deal and that as the person dealing with this directly, I was the only one frustrated. I was wrong. Very, very wrong.

Elliott and Emmett have been stressing out all morning since learning another service person was coming by to fix the problem. We didn’t know about this peoblem until we were told last night and so they were long asleep before an appointment was scheduled. 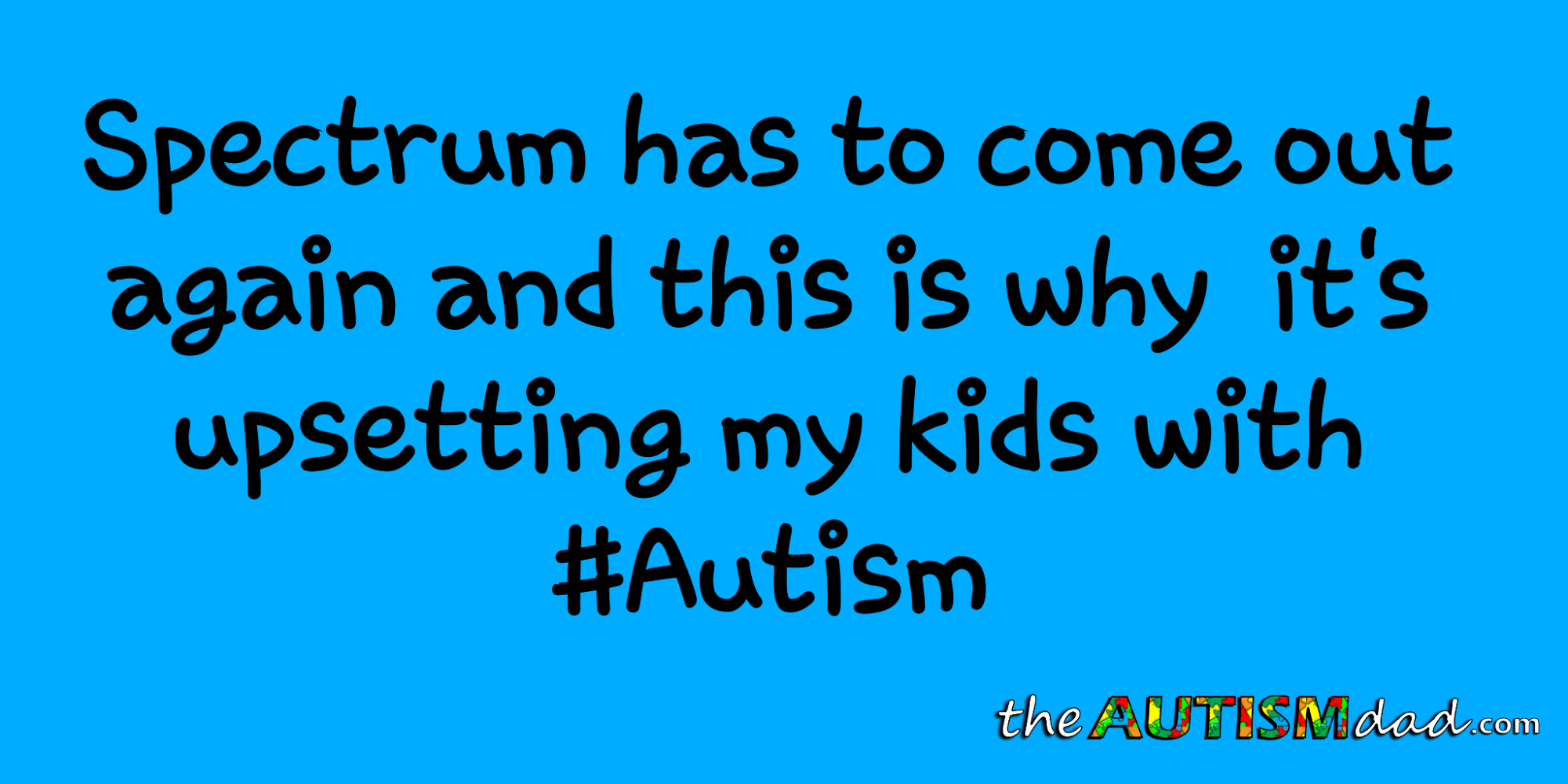 Emmett is in a horrible mood because he doesn’t understand why it takes so many tries to get something done correctly. He’s such a logical person and never leaves anything done halfway. He doesn’t like problems that he can’t solve and becomes extremely frustrated when things have to be done repeadidly.

Elliott is more anxious because it’s an unknown. He doesn’t do well with change and this will interrupt his day. He’s very anxious because a stranger is coming into the house again.

Gavin, God love him, doesn’t care one way or the other. That is of course, as long as he doesn’t lose his wifi connection.

I hadn’t considered how this nightmare has been impacting everyone else in the house. I get they’d be upset about losing the internet but I’ve been so wrapped up in dealing with this whole thing, I lost sight of how this impacts them on an emotional level.

You may read this and think, what’s the big deal? The big deal is that these guys are Autistic and have a difficult time with change, unknowns, interruptions to their routine and especially when people they don’t know come into our house.

I’m not necessarily saying it’s all bad or that they’re upset with Spectrum for all the same reasons I am. It’s more about how they process the information and how they handle things like stress, excitement, anxiety and unknown variables introduced into their life.

It’s not Spectrum’s fault that these guys are reacting this way. They have no idea what’s going on with them. Having said that, if we weren’t having so many problems, none of this would even be happening in the first place.

They’re scheduled to be here anytime now and I just hope that we get this resolved once and for all.

As for my part, I need to be more cognizant of how situations like this impact those around me. I could have done a better job of preparing them for everything.

I just want to make it through this afternoon and Spectrum, if you are reading this, we really need to talk. I don’t want to talk to just any customer service rep either.

My youngest son is debilitated with fibromyalgia. So if he lost internet he would be sad. He has ADHD and can take in information, but isn’t as good with reading long books. Jacob also reads a lot, watches videos and both sons play multi-player online battle arena.

The good news is that they both have games installed on their computers. So as young adults they can cope without internet. I imagine your sons get really wigged out!