Did you know that many kids with #Autism lack a filter? Here's a perfect example. -

It’s always something isn’t it

Did you know that many kids with #Autism lack a filter? Here’s a perfect example.

I mentioned in the previous post that we took Gavin to dinner last night cause the boys were gone and we thought it would be nice.

We ended up at Chipotle grabbing burritos.

Gavin does a pretty good job at ordering for himself but I stayed within earshot because like many kids on the Autism Spectrum, he very much lacks a filter and you never know what’s going to cone out of his mouth. 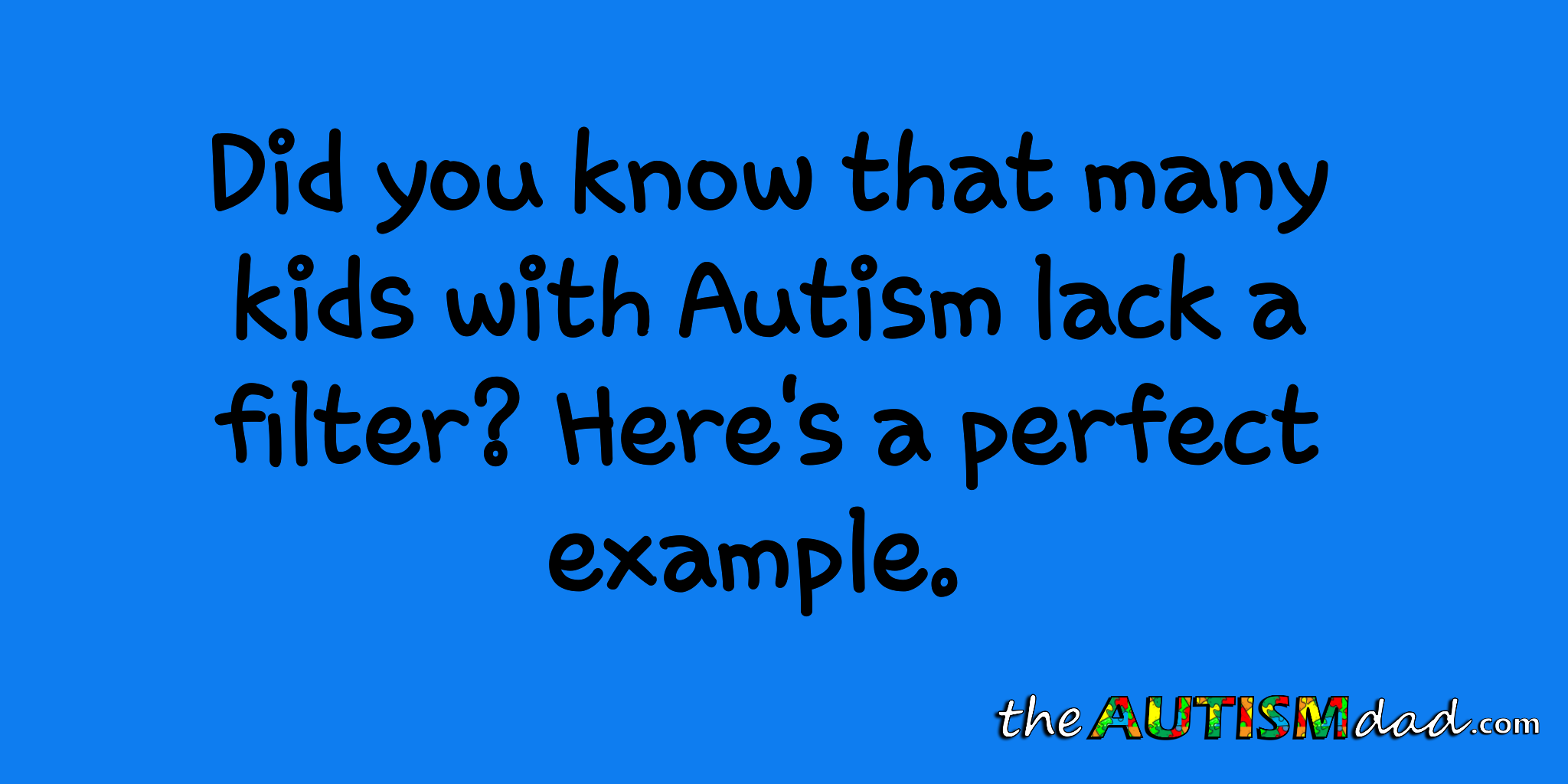 A filter is what we call the ability to think something and not blurt it out for everyone to hear, regardless of appropriateness. Some might call it tact but filter is the general term.

Anyway, Lizze was getting ready to pay and Gavin was finishing up his order. The person behind the counter asked Gavin what meat he wanted. Gavin replied steak. Unfortunately, he wasn’t content leaving it at that. He decided to explain that he used to get double meat but it gave him problems with diarr………..

I immediately shut him down but not in a way that was obvious. We’ve learned to be very subtle over the years.

I don’t think the worker or the people standing around Gavin wanted to hear him talk about diarrhea, while they were ordering and/or eating their dinner. I reminded Gavin to say thank you to the person who made his burrito and we were out the door.

When we got into the car, I told him that it was not appropriate to talk to the Chipotle burrito builder about his diarrha. That’s just not something he should be doing. He denied that he was about to say that double steak gave him diarrha but it was pretty obvious what he was going to say.

I explained that he wasn’t in trouble but we need to make sure he understood that there was a time and a place and that was neither the time, nor the place.

Unfortunately, that was a futile effort as the concept simply escapes him.

Perhaps with Gavin you’re better off with a more general rule than trying to apply these things to a specific situation. So, instead of explaining that the Chipotle guy doesn’t want to hear about his diarrhea, how about making it clear that NO ONE, except for his parents/caretakers or doctors, want to hear about it?

Maybe you did that, but to the extent that it wasn’t clear in your post, and that you have readers who are dealing with similar situations, the further distinction might be helpful.

Of course, the best approach would depend on the needs of the child.

I sorta thought that went without saying, which is why I didn’t say it in the post. ☺ I made that distinction when speaking with him. It probably won’t make a difference but at least I feel like I did the right thing.