Meltdowns and mayhem led to an incrediblely touching gesture -

Review: The NEW Link View Smart Display by @JBLaudio takes Google Home to the next level

Meltdowns and mayhem led to an incrediblely touching gesture


This morning has been a total disaster. Mr. Emmett woke up in a mood that can only be described as unfortunate.

He woke up at one point last night and wanted to crawl into our bed but we got him back into his instead. Maybe he had nightmares again and that’s what had him in such a horrible, outwardly aggressive mood.

Elliott and Gavin were both the targets of Emmett’s verbal wrath at one point or another.

Both seemed to understand that Emmett was having a rough time and didn’t react in a retaliatory manner. Very proud of them for that. 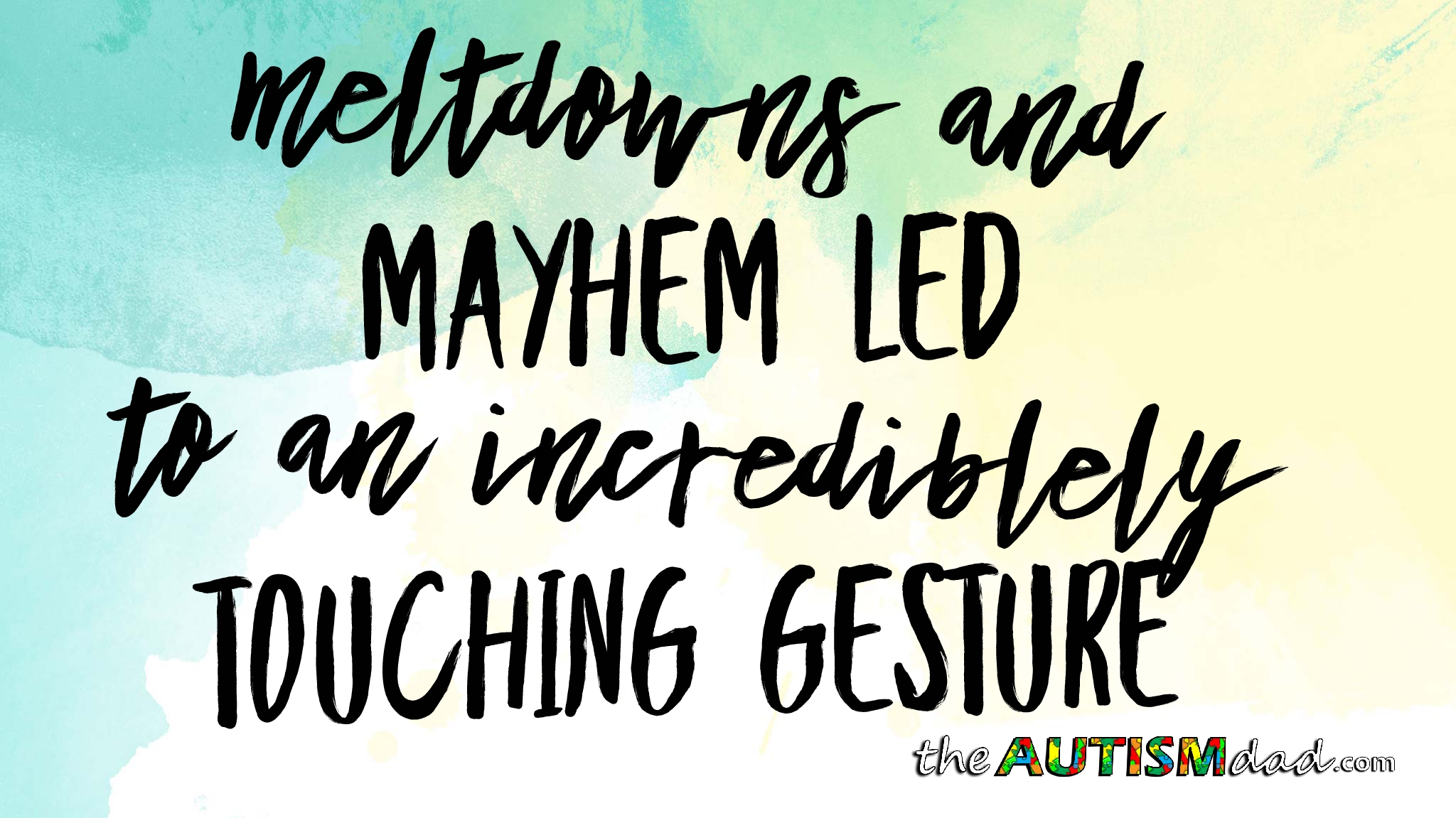 I intervened, correcting Emmett when he lashed out but as most Autism parents can relate to, it’s a very fine line between correcting behavior and escalating an already volatile situation.

Emmett wasn’t being a jerk because he’s inherently a jerk. He was overwhelmed by something in his environment and was essentially on precipice of a massive meltdown. There isn’t a great deal of conscious thought that is going on in these moments.

Thankfully, he got off to school and before he left the car, he pressed his forehead against mine. It was actually a very touching gesture from a child who was completely overwhelmed and not wanting to be touched.

Hopefully, he feels better as the day goes on.

I’m in a question-y kind of mood- how do you tell the difference between one of the kids being a jerk because of a meltdown and just being a jerk? I’m not saying your kids are jerks, I’m saying ALL kids are jerks, lol. At least they can be. Even the sweetest kid can decide to be a jerk on occasion, so how to you tell the difference so that the kids don’t get away with bad behavior under the guise of ‘meltdown’?

Good question. The answer is basically going to be sort of a nonanswer. It comes down to experience and knowing your child. When Emmett is like this, you can see the distress in his eyes. He’s reacting and not thinking. Also, there’s no payout, meaning there’s absolutely no motive for the behavior. He’s not trying to manipulate or get his way. He’s simply overwhelmed, panicked and in distress. That’s not a clean answer but it’s the best I have.

To comment on Kim’s question, I don’t think there should be any “getting away” with bad behavior by simply chalking it up to a meltdown. Bad behavior is bad behavior, regardless of its genesis (and whether or not it’s controllable or intentional), it should have consequences.

My approach with my child who used to be much more prone to meltdowns was not to focus on the behavior which occurred during the meltdown, but rather, what led up to it. How did her body feel before, what was the trigger, was it a singular event or (usually) something more cumulative, etc. By learning her body, and motivated by wanting to avoid the uncontrollability that came along with the meltdown (a meltdown at school could potentially have devastating social consequences), she became better equipped to recognize what might lead up to a meltdown, and ultimately, how to control it or at least minimize it.

Not trying to oversimplify- every situation is different. There’s no overnight “fix”. But I just wanted to add something because there may be an impression that all bad behavior should be excused when it’s a meltdown. Not saying that that was what you were saying at all, Rob (or Kim), but the implication could be construed from Kim’s question.

Thank you, Jimmy. I do not have a child on the spectrum and it’s Interesting to me to read differing opinions and approaches. My PT has a daughter on the spectrum and the subject of clothing tags came up one day while I was there. She said her daughter used to be bothered by them but over time just turned it off and learned to ignore it. I found that very interesting.