We’re having a guys day out today


Today was a mixed bag of really awesome, really frustrating and a bit of whatever fell in between. Overall, we made some amazing memories today. We ended up having to go through some shit to make them but that’s all part of the journey, right? Of course it is…

I thought I would do things a little different today. Rather than write a 1,000 words, I will share a few pictures from key moments that took place today and briefly explain why they were pivotal moments. ☺ 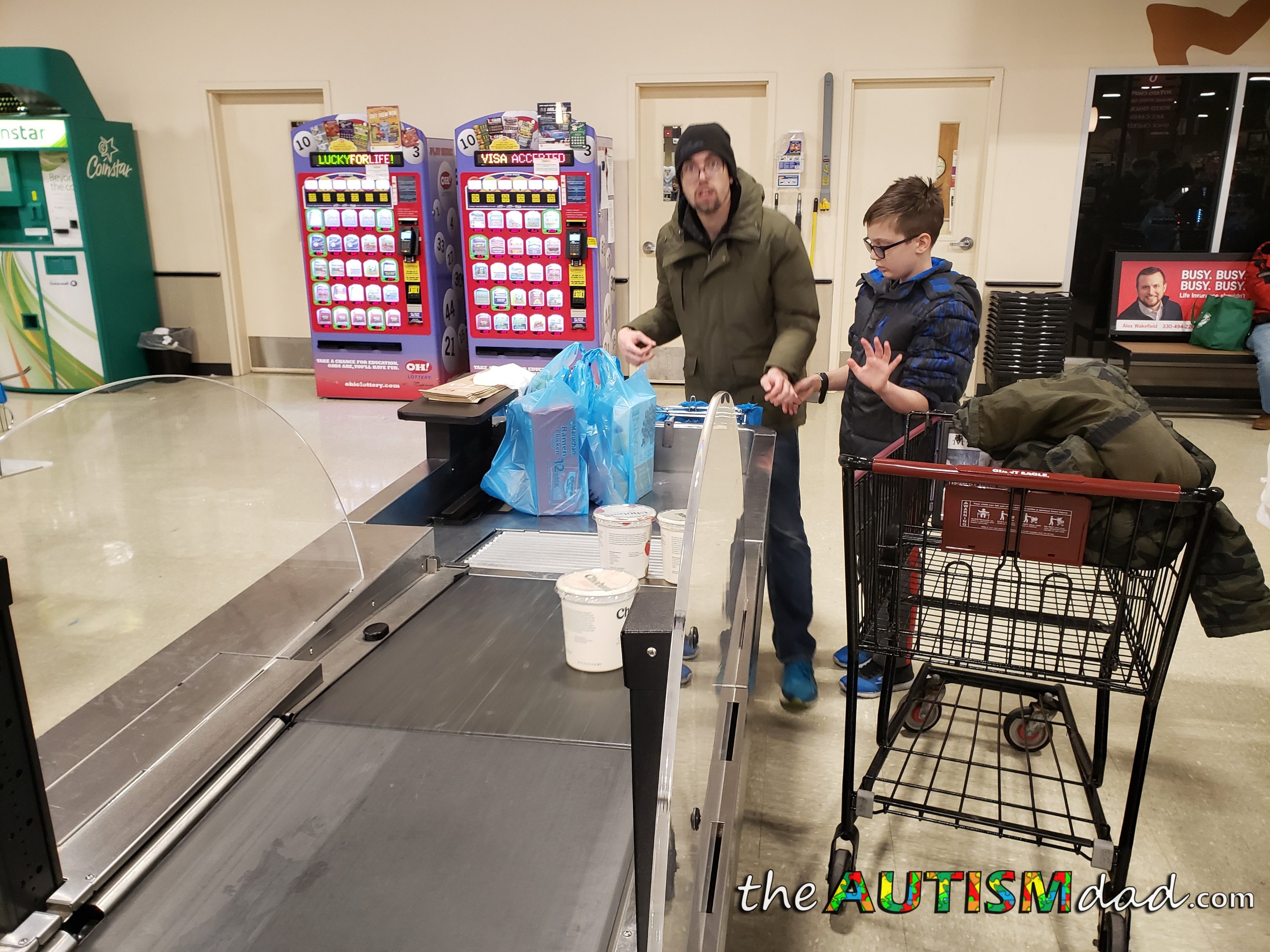 This took place immediately after our guy time this afternoon. We said goodbye to my Dad and brother before heading to Giant Eagle for some desperately nedded groceries.

I normally don’t take all three boys with me to grocery store because it ends up being problematic. While all three are Autistic, they are very, very different. They each have very ridged ways they want things done and tend to view the world in black and white.

In the above picture, Elliott is getting a drink of water, while Emmett and Gavin are just about to get into it over how to bag the groceries and put them in the cart. Emmett is extremely logical and methodical, while Gavin is very limited in these areas. Gavin simply puts whatever groceries come down the belt into the bag. He doesn’t think about how shoving eggs into a bag and tossing a gallon of milk on top, is a bad idea. Emmett has no tolerance that kind of approach to anything. Emmett likes to think everything through and place everything very deliberately, so nothing gets damaged. 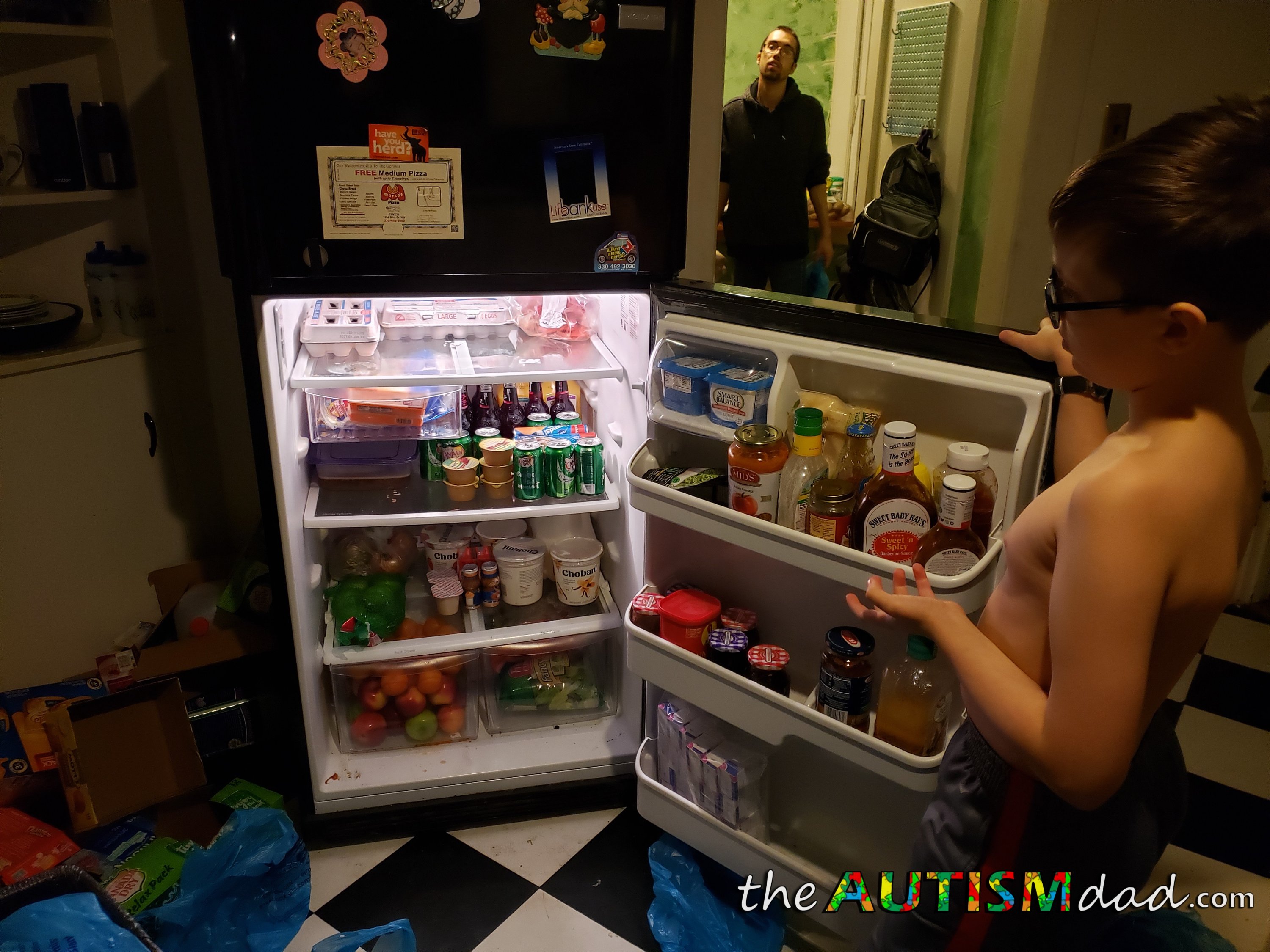 The way my kids experience and process the world is very unique because Autism tends to have that effect. It’s not necessarily a bad thing at all, it’s just different. It tends to be very rigid and/or black and white. There’s very little that falls in between for my kids.

Again, Elliott was off to the side and was actually getting the ferrets ready to come out and play, while we put the groceries away.

After what Emmett experienced as chaos at the grocery store with Gavin, he needed order.

Gavin brought the groceries into the house and typically does a pretty good job. He needs some reminders, especially with fragile items but he keeps trying and I respect the hell out of that.

Emmett needed to sorta calm himself down and one way for him to do that is by organizing things in ways that make him happy. This is sorta along the lines of lining things up. It’s a sensory thing.

Anyway, I put away the food that went into the cupboard and freezer, while Emmett painstakingly put away whatever went into the refrigerator. Oddly, he doesn’t care much about the door of the fridge but he’s super particular about the rest. That’s pretty fricking organized if you ask me.

While the boys are very different, they each were able to help in their own way. ☺ 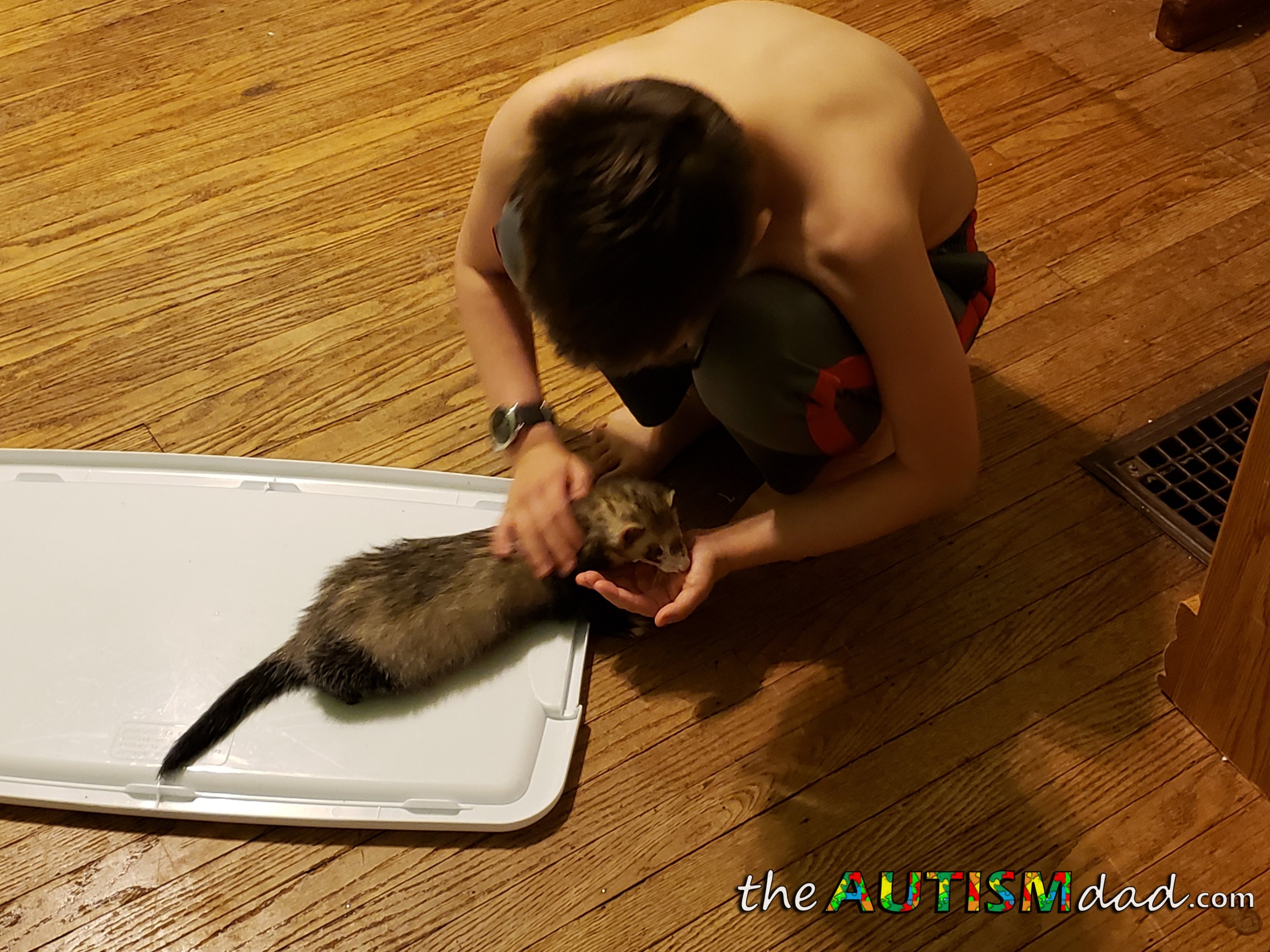 After Elliott got the ferrets out, we let them play for a few hours. Emmett was still distressed over the grocery store issues with Gavin and needed some time to decompress. One of the ways we’ve found to help him with that is spending time with the ferrets.

In the above picture, Charlie came over to snuggle with Emmett for a little while. I don’t know why it works but it does and I don’t question it. Animals have been shown to have a profoundly positive impact on kids with Autism.

It’s kind of amazing to see how much of a calming effect our ferrets have on the boys, in particular, Emmett. ☺ 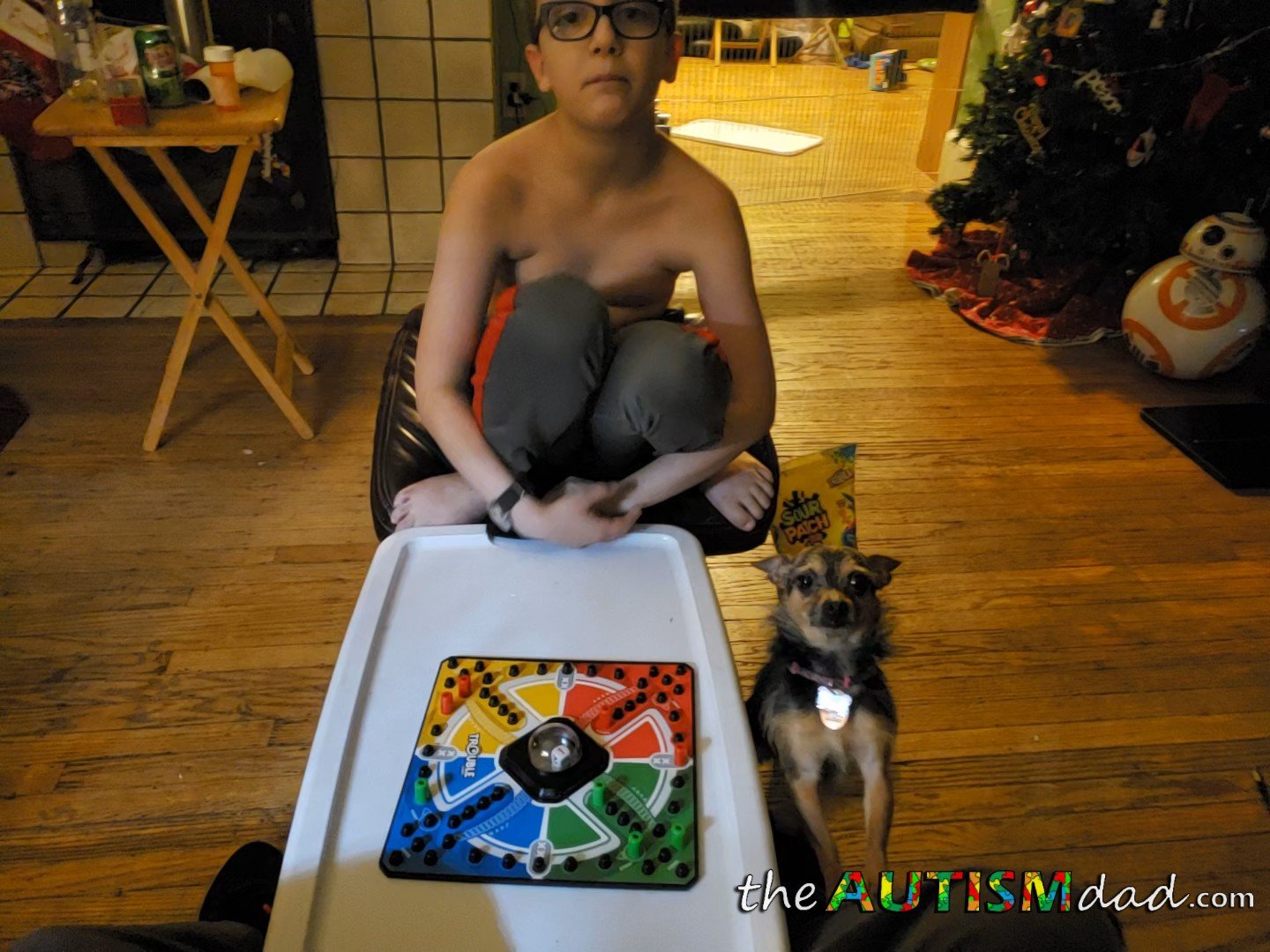 Emmett is very much into boardgames. The other two really don’t enjoy them too much but I’m always playing a boardgame with Emmett, often before bed because it also tends to help him chill out.

Tonight we played six games of Trouble. He won four of the six games because he’s so fricking good at anything that requires strategy, thinking or involves patterns of any kind. He gets frustrated because he would like everyone to play but that almost never happens.

We try to do family game nights but it tends to not go very well.

Anyway, Emmett and I had fun by ourselves. Ruby was keeping us company. She’s kind of a needy little dog and it’s honestly a bit annoying but we love her anyway. ☺

As I said at the beginning, it was a mixed bag. We had our highs and lows but in between, we made some great memories. Autism played a roll in a large part of the roller coaster ride we were all on today but we managed just fine. We’ve learned to navigate those tricky waters over the years.

The bottom line from today is that we worked though our challenges or found ways around them. It wasn’t easy and I’m absolutely exhausted but at the end of the day, it was all worth it.

I ’97 my autistic son had never spoken a single word. He was 5. That summer, he spoke a full senten… https://t.co/QjyMgpSIcu