Emmett's test results came back and their very frustrating -

Emmett’s test results came back and their very frustrating


About mid-afternoon, right before I picked Elliott up from school, Emmett’s doctor called. I had left a message because we were notified that Emmett’s results came back but the page that was supposed to contain the results was blank. Apparently, it was a glitch in the MyChart app. Either way, I needed them to read the results to me.

Emmett was recently tested for milk and egg allergies. He used to be allergic both but he outgrew them a while ago. We wanted to make sure they hadn’t begun giving him problems again because if they were, it could explain his stomach issues.

At the same time, he was also retested for celiac as well. He was negative at an early age but since it runs in my family, we needed to make sure that wasn’t an issue either.

As it turns out, Emmett tested negative for everything and that’s really frustrating. I mean, it’s good news because we don’t want him dealing with any of those things, especially celiac. It’s frustrating because we wanted to find out what it was and address it so he could find relief. That said, we are back to square one with his stomach issues. I don’t know what to do at this point. 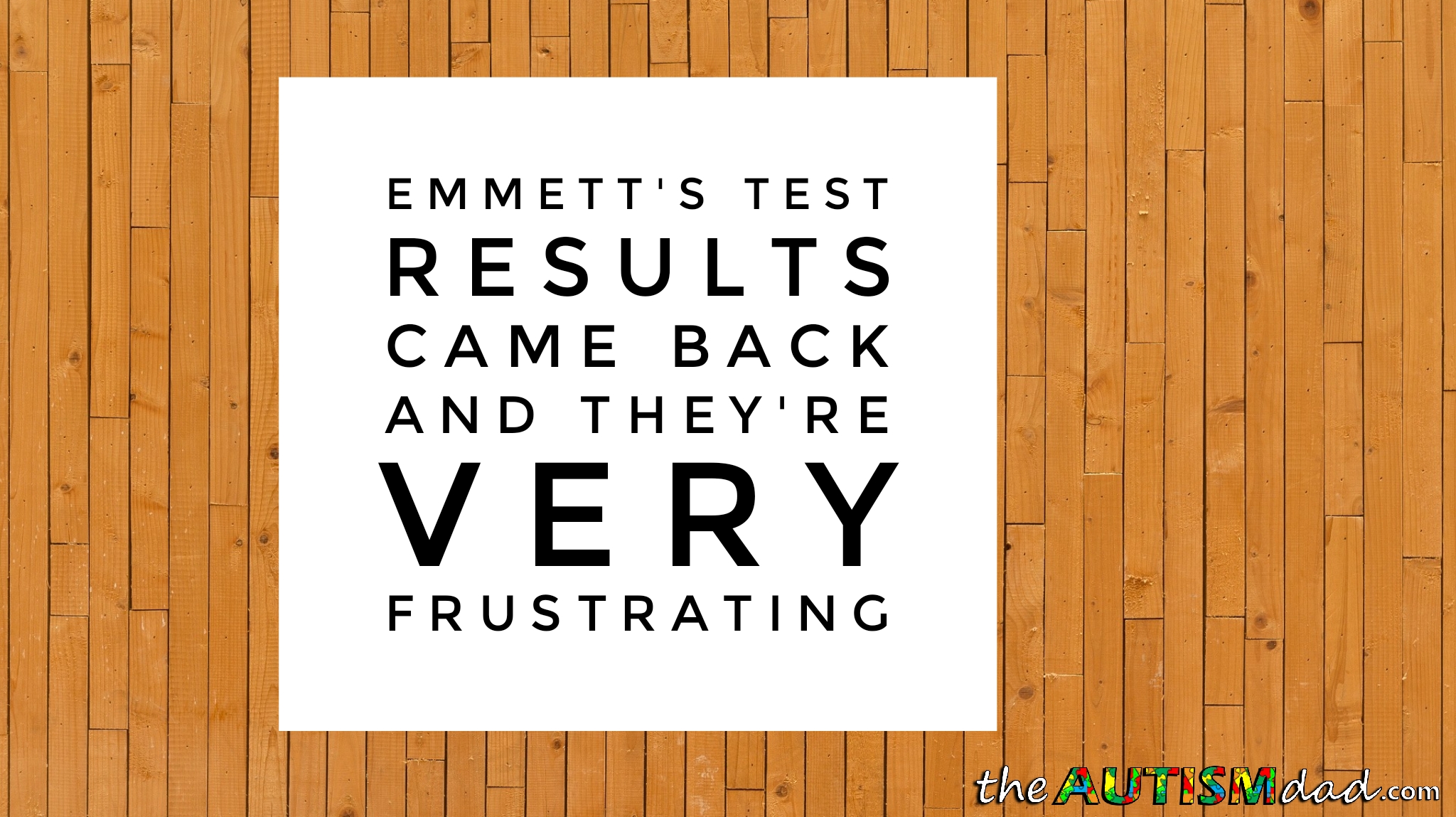 The only thing I can think to do is get a referral to a gastro. Beyond that, we’re just guessing. We won’t put him through anything that’s unnecessary but at the same time, he’s miserable and we have to do something.

For now, he’s happy that he can go back to eating the things he’d been avoiding. It seems like any link to food was more coincidence than anything else. There are still stomach issues that could be causing this. The two top possibilities are gastroparesis and/or reflux. Lizze deals with both and Gavin deals with reflux. Emmett used to have reflux really bad as a small child. In fact, we thought he was having periods of apnea and he was hospitalized a few times. They finally figured out that it was reflux and it would cause him to gasp for air. That would set off the apnea monitor and freak us the fuck out.

Maybe that’s back? To some degree maybe?

For now, at least we’re ruling things out.

Could he be internalizing stress? Even though you do your best, you all have to live in stressful circumstances. A bad neighborhood, mother sick, older brother sick, another older brother having psychological problems? Just a thought.

My adult, 35 year old, autistic son has both gastroparesis and reflux. He’s had food allergies and sensitivities since childhood. His gastro problems would kick in more strongly in the evening hours and would then blow up into extreme panic /anxiety attacks which could go on until 4:30am. I would be the one to sit up with him until the panic attacks abated. So I sympathize that you are going through with you child. His gastro problems, extreme migraine headaches, with no possible treatments that gave him any peace were both sad to watch and endure as well as often overwhelming for my wife and I. But like you, no matter how hard it is on the parents, you just have to find a way to continue on trying to help your child, even when there apparently is no answer you can find from medical professionals. And we’ve been dealing with this for 30+ years. So my heart really goes out to you, especially having to deal with all three of your children and on top of that, your wife’s medical problems as well. I know this might offend some people, but at least in my case, even when dealing with professionals(doctors, teachers, etc.) I still maintain that unless you have an child or children with autism and have to live this situation 24/7, you cannot even begin to understand the scope of how many ways you are pulled both physically and mentally in caring for your autistic loved ones. It is not an easy road to travel for both the person with autism and the parents and or caretakers who don’t get a great of sleep, whose mind is already thinking without rest, who has to constantly move from doctor to doctor, whose financial situation often(unless your very wealthy) brings so many financial problems, not to mention living always under stress and yes, fear for the future of your child/children. I for one, don’t need people, although in their thinking, believe they know what they’d do if there were in my place and try to tell me that you should do this, you should do this. You have to walk a mile in my shoes before giving me your opinion about how I should handle dealing with autism. The one thing I did do, after a year of total resistance and not wanting to even consider it, was to try CBD hemp oil to at least lessen the panic attacks which was really wearing me down, stress wise and sleep wise. Once after doing diligent research, we did try it, since the THC was almost non existent, and found that it did lessen to a great degree his anxiety. I’m not here to recommend it but so far it has worked for my son. As to his gastro problems, we have not found anything to that can alleviate his symptoms. There is a doctor on the east coast that has made a study of the prevalence of gastro problems in people who are autistic and her research showing that they have different form of gut bacteria mixed with other problems. Here is a link to her article; https://iancommunity.org/ssc/what-causes-gi-problems-autism

I hope for the best for you, who I have come to respect you as a great father and human being, and your children and your wife.